Continuity May Be the Best Choice for the Knicks This Summer 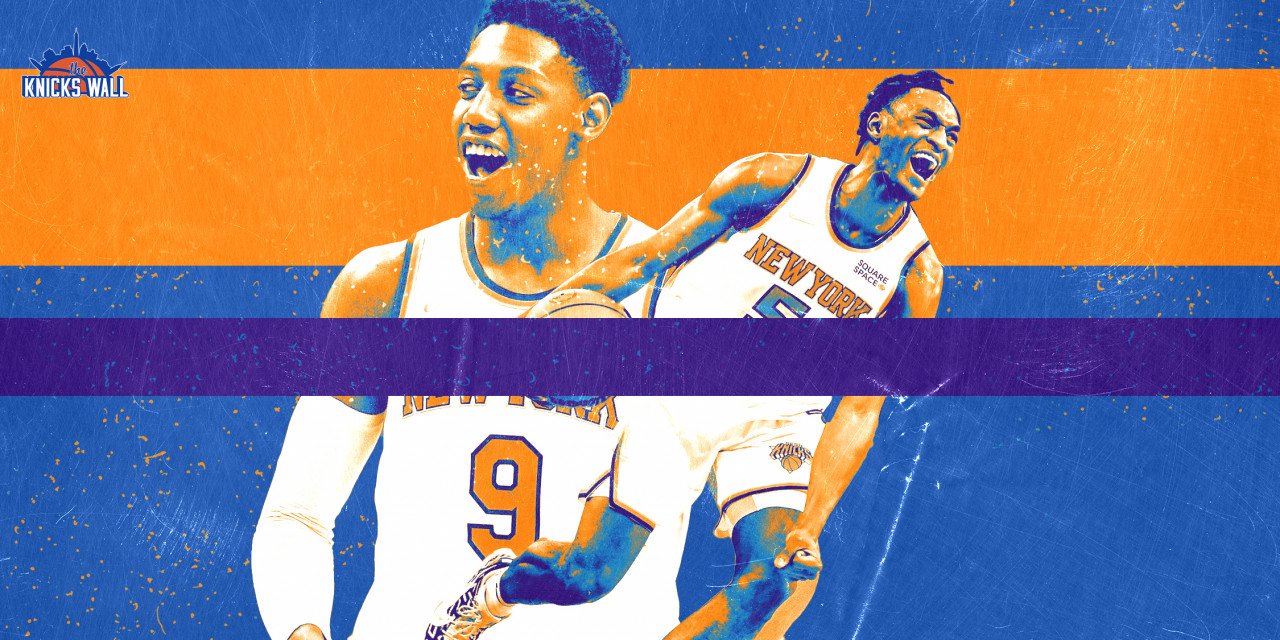 While the Knicks are no strangers to going big-name hunting on the heels of a disappointing season, there are many positive takeaways from last year’s roster. If Leon Rose is truly committed to building the right way, staying the course could be his best option.

With the 2021–22 season completed, the true work for Leon Rose and the rest of the New York Knicks front office comes into play. Rose recently took the time to answer questions about this past season with the media and then saw a strong Knicks contingent travel to Dallas to get an up-close look at Donovan Mitchell and Jalen Brunson this past week. The Knicks, it would seem, have something planned for this offseason. Despite the hype surrounding the “young core,” Rose and the Knicks want to make the playoffs next year.

Tom Thibodeau’s status as head coach should be questioned after leaning on the veterans for the majority of the season and failing to get minutes for some of New York’s best young players. Julius Randle moved from a building block in 2020–21 to the trading block after a poor 2021–22 campaign. The 2021 offseason turned out to be a disaster, with the likes of Kemba Walker and Nerlens Noel flaming out. There’s an argument New York’s top trade candidates this offseason are players they signed last offseason.

However, I’m not quite sure this is the offseason for any big, franchise-altering moves. I would argue that the Knicks have a successful core of players to work with heading into the 2022–23 season.

A strong second half

Despite finishing 11-12 in the second half of the season, the Knicks had some successes. Among them: ranking number one in defensive efficiency after the All-Star break. It’s tough to truly navigate how great this accomplishment is—at that point in the year, some teams are fighting for a playoff spot while others are looking to add ping-pong balls for the lottery—but it suggests that New York regrouped and continued to maintain a strong defensive integrity, even as several talented defenders shuffled in and out of the rotation with injuries.

New York’s offense was mediocre (21st in the league after the break), but the strides made by the Knicks’ young group were sound. RJ Barrett continued to take steps forward, making threes and getting to the line. Immanuel Quickley never got the starts but made up for it with an impressive stretch of running point guard, capped off with triple-doubles against the Orlando Magic and Toronto Raptors. And finally, Obi Toppin was freed from the shackles of the bench and showed his ability to get up and down the floor.

There are victories to consider heading off into the offseason. In losing Randle this season, New York found a young core to work with in Barrett, Quickley, and Toppin. Time will tell if some of the other pieces—Quentin Grimes, Cam Reddish, Jericho Sims, New York’s 2022 first-round pick—can join that group, but those three players are key for the Knicks to turn things around.

William “Worldwide Wes” Wesley, Allan Houston, and Julius Randle sat down in Dallas to watch game one of the first-round series between the Utah Jazz and Dallas Mavericks, the Knicks caught a glimpse of Donovan Mitchell and Jalen Brunson. Only this time, Brunson was starting without Luka Doncic available. Both played well, and it’s generally believed that the Knicks could target Brunson now and Mitchell at a later date.

Brunson makes sense. He’s not an elite playmaker but a smart one. He’s not an elite slasher, something the Knicks could use, but a crafty one, another player who can get to the rim in New York’s cadre of backcourt players. He’s played the majority of his career alongside the supercharged Doncic, having to take more of an ancillary role as opposed to having the ball in his hands. Brunson is also family, which could push Rose to pursue the former Villanova lead guard in a sign-and-trade this offseason.

But he’ll also have to wonder if the two in the bush are worth the one in the hand.

The biggest mistake for the Knicks this past season is not giving Immanuel Quickley the keys to the offense. As Kemba Walker found himself exiled to Elba twice and Derrick Rose was injured (also twice), Alec Burks move into the starting spot. Giving the keys to the 22-year-old guard was never in the cards. As his confidence waxed and waned, I continued to wonder why the Knicks never viewed him as a potential option at the lead guard spot.

Brunson is projected to get a sizable contract—$18-20 million per year—plus whatever you have to give up in the sign-and-trade. Both players have seen on-ball and off-ball reps during their NBA tenures, which works well in a future RJ Barrett-led offense.

Quickley is a better defender, while Brunson has a bit more success in shots around the rim. Still, the question remains: Brunson at $18 million or Quickley at $3 million?

In a roundabout way, Quickley and Brunson can play together, but New York will want to give someone the starting job this offseason. With a strong end of the season and the benefit of being the more economical option, Quickley could finally get a chance at the starting point-guard role. This would allow New York to allocate money to the center position, a place of key interest considering Mitchell Robinson might walk this summer.

Cleaning up around the edges

Around New York’s young core is a bunch of veterans that have to be moved. Walker ($8 million for 2022–23) is just about done. Nerlens Noel ($10 million) was injured and lapped by rookie Jericho Sims. Alec Burks ($10 million) is perfectly fine, but with Quentin Grimes looking ready to go, moving Burks and getting Grimes more minutes seems wise. And Julius Randle ($23.7 million) could maybe be moved in the right deal.

The good news is that none, outside of Randle, hurts New York’s rotation too much. The bad is that none of those players truly have trade value. Even with team options for Rose, Noel, and Burks’ contracts, the Knicks will have some trouble moving these players this offseason. There’s an argument to package the players together and take one contract, but then you get into territory where you take someone who has to be in the rotation: think Los Angeles’ Russell Westbrook or Charlotte’s Gordon Hayward.

Rose should remain on the roster, as he offers a viable backup when healthy, and the team option after the end of the second season allows New York to remain non-committal. Burks could help someone’s wing rotation—imagine him coming off the bench for the Nuggets or Cavaliers. Noel is an offensive negative, but a defensive positive. Someone like Charlotte should be interested in him.

The money is a general concern here, but New York shouldn’t have to touch the likes of a Sims or Miles “Deuce” McBride to get their veterans off the books. None should cost more than a few second-round picks if any additional compensation is required at all.

The New York Knicks have question marks around them, but they also have a very clear roster. A Julius Randle trade is possible, but even if not, the replacement, Obi Toppin, is already in place. The same goes for Thibodeau, who, while unlikely to be let go this offseason, has his replacement in place with associate head coach Johnnie Bryant. They also have some contracts to move, which could be moved for little to no compensation but should garner some small value back in a trade.

Despite all of that, the Knicks sit in a sweet spot with their roster, and I wouldn’t be against running it back with Toppin and Quickley as starters. With RJ Barrett on the verge of being an All-Star, Quentin Grimes and Cam Reddish as young bench wings, and Jericho Sims and Deuce McBride as second-round picks on the cusp, the Knicks have a young core to lean on as they fix up the rest of the roster. Even veteran Evan Fournier makes sense as an outside shooter who can help bend a defense.

The Knicks will be busy and advantageous if the chance arrives, but slight tweaks and leaning on the roster already in-house might be the best decision Leon Rose and company could make this offseason.

»READ: Evan Fournier’s first season and future as a Knick