Contract-Year Knicks: Who Deserves to Be Re-Signed? 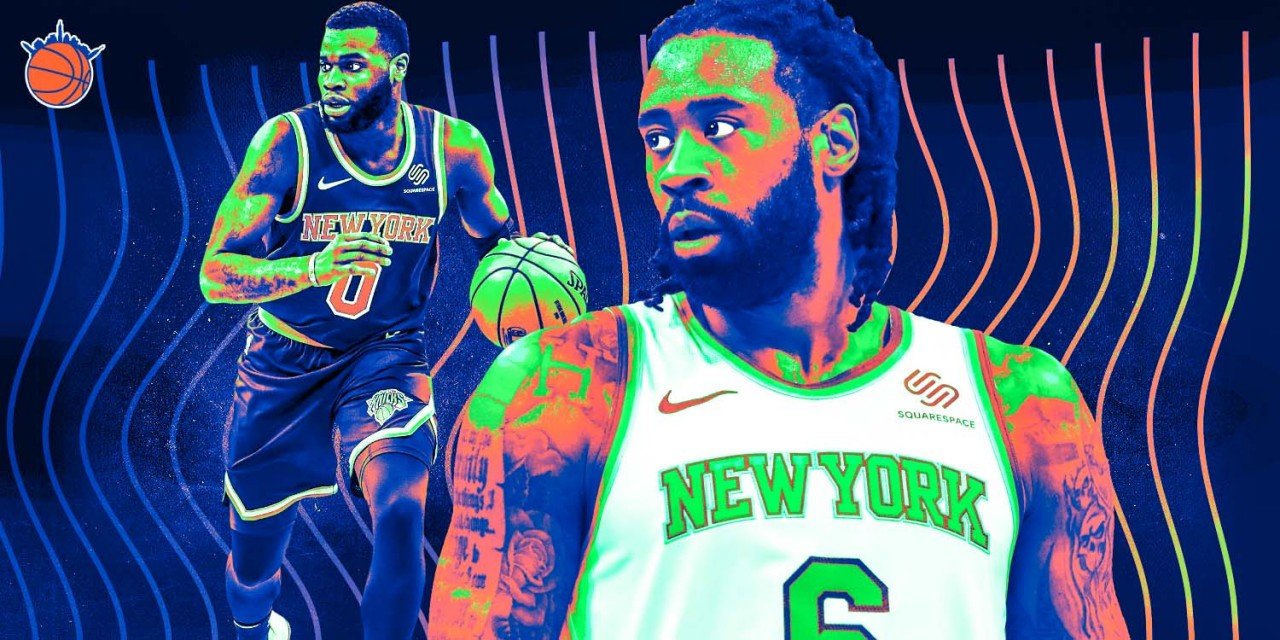 Mike Cortez breaks down New York’s non-reclamation free agents and determines whether the Knicks should retain them for the 2019–20 season.

We have reached the finish line. This season has been a trek like no other—the ultimate test of our pain tolerance. The long night is (hopefully) coming to a close. The most important summer in franchise history awaits.

Until then, there are decisions to be made with the current roster. As mentioned in last week’s reclamation project piece, the Knicks had an abundance of contract year players. For most teams, that is a death sentence to team chemistry. But to his credit, David Fizdale kept the morale abnormally high for a team that finished with a .207 winning percentage.

By now we know what each guy can contribute. It’s time for the front office to trim the fat from the roster to build its lean contender.

Of the eight free agents to be, five are guys whom the Knicks either drafted, signed, or traded for. Unlike the reclamation projects who could hold some emotional attachment—Fizdale and Emmanuel Mudiay, or Mario Hezonja and Scott Perry for example—the this group can be assessed strictly for their body of work.

Roster turnover has been a constant with this franchise and is a key contributor to the team’s inability to return to relevancy. It’s hard to build a sustainable culture when every year sees a brand new group of guys—like a driver’s ed class.

Fizdale has not installed his X’s and O’s yet, but has laid the groundwork for a healthy team. There is talent on this roster worth bringing back.

Keep in mind: if things go as expected, Scott Perry will have to be frugal filling out the roster. With that said, let’s get started.

Luke Kornet should be the team’s top priority for in-house free agents. Trust me, it’s not as crazy as it sounds.

Kornet is the one guy on the roster who understands his role completely—space the floor on offense and protect the rim on defense. He tapped into his strengths this season, and maintained a similar production level despite playing twice as many games. He improved his True Shooting percentage (53.7%, up from 51.6% as a rookie).

This shot chart is everything you want your stretch five’s shot chart to look like. Kornet shoots 55% on above-the-break threes. That makes him an ideal big for pick-and-pops or pulling up as a trailer. It’s also an ideal floor pairing with Mitchell Robinson.

Robinson’s presence is where Kornet draws the most value. He’s the perfect backup for Mitch, who should play 30-plus minutes a night next season. Kornet will be asked to exactly what he did this season, to hold the fort for the 15 to 20 minutes while Mitch is resting.

The two bigs also make a good pairing on the floor. They are perfect complements, masking each other’s deficiencies. Kornet stretches the floor in ways Robinson cannot, and Robinson excels at cleaning the glass—Kornet’s biggest flaw—and catching alleys.

If you have any doubt, take a look at Robinson’s shot chart and compare it to Kornet’s: 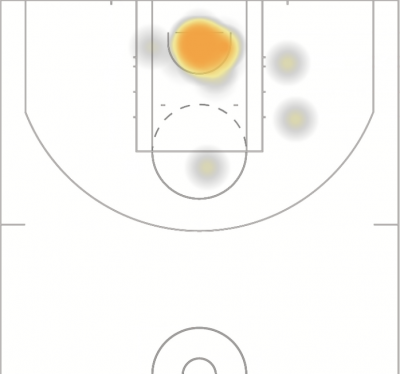 Together they are a walking block party. Kornet ranks favorably in block percentage for his position, and in certain situations he can share the floor. As Robinson matures, Fizdale could work these two together more often with Robinson at the 4.

Needless to say, Kornet is the type of player you want to keep around. He is a success story for an organization that has been often criticized for lacking in talent development. He is worth his qualifying offer price of $2 million and would be someone to consider getting on a cheap multi-year deal.

DeAndre Jordan was a fantastic return for Kristaps Porzingis. Jordan was more than salary filler in that deal. His mentorship of Mitchell Robinson was something the team failed to get from Enes Kanter and his greatest contribution. Unlike the younger Kanter, Jordan’s prime years are past him, making it easier to accept the reduced role. He knew the bulk of his work would be off the floor.

The parallels between Robinson and Jordan made the match all the better. Jordan started his career in similar fashion, as a second-round pick with raw talent and limitless leaps.

Whatever wisdom Jordan imparted on his padawan worked. Robinson averaged 12.6 points, 9.4 rebounds, and 3.0 blocks once Jordan arrived, showing the sharpest improvement on the glass.

In a perfect world, Jordan returns to continue to mentor Mitch for his sophomore season. Unfortunately, reality is imperfect. Jordan and Robinson’s relationship will have to continue outside of MSG.

Jordan will not command the $22 million the Mavericks gave him last summer, but keeping him likely means using the mid-level exception—and the Knicks need to be thrifty if their summer plans go right.

Spending money on a mentor whose skills directly overlap with the team’s best young player is not the best use of that exception, even with the Kevin Durant connection.

Kadeem Allen will be the start of my new favorite tradition: former Celtics living their best life in the real Garden. Allen found the biggest stage to showcase himself and made good use of his time.

If Fizdale gets Mudiay withdrawal, he can turn to Kadeem Allen, the Qdoba to Mudiay’s Chipotle. Allen brings similar looks as well as similar thirst for long twos. The key difference is that Allen is comically cheaper than Mudiay—and will not be asked to play a meaningful role.

Allen shot his best where it’s most vital to survive in this league climate—at the rim (59.6 %) and beyond the arc (45.5%). He is a solid enough perimeter defender who can be trusted to as much as Mudiay.

Someone has to fill out the end of this roster. Allen proved to be a competent spot starter for a bad team. Can he contribute in small minutes for a good team? The cost is cheap enough to find out that answer.

Verdict: Stay, should there be unfavorable options in the market for cheap backup work.

There is not much to say for Isaiah Hicks. He has been a solid player for the DubKnicks and a non-factor for the main roster, playing one more game for the Knicks this season than you and me.

For what it’s worth, Hicks did show improvement during his second season in Westchester.

He improved his shooting efficiency—57.5 field goal percentage compared to 49.1% his rookie year—without sacrificing in other areas of his game. Even with that improvement, the chance of Hicks playing meaningful basketball for the Knicks is unlikely.

As a two-way player, Hicks can be brought back. Any grander aspirations, and it was nice knowing him. Smart money is on Hicks looking for a shot at a pro roster.

Verdict: Go, and find another NBA roster to keep building.

All statistics used via NBA.com and CleaningTheGlass.com

»READ: Knicks free-agent reclamation projects: Who should stay or go?