Could Dennis Smith Jr. Be the Knicks’ All-Star Point Guard? 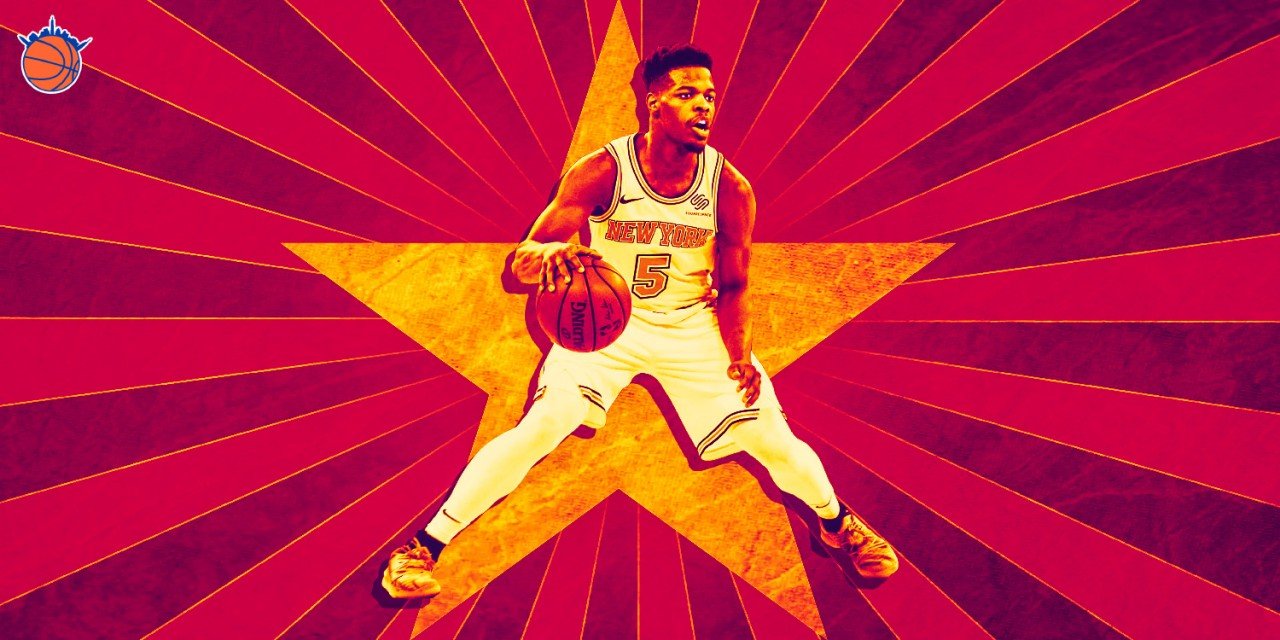 What slight tweaks can rising junior Dennis Smith Jr. make to take his game to the next level for the Knicks?

A young core turning a franchise around is every fan’s dream. Despite where they were drafted, fans still hold onto the hope that their prospect players can reach their ceilings.

While the league and some of fans are down on the Knicks’ young core, people may have given up on Dennis Smith Jr. too quickly. When the Knicks passed on him, he was thought to be the steal of the draft for Dallas. Two years later, the thinking goes, he is a bust.

Why did the general consensus change so quickly, and can Smith Jr. still be the All-Star he was projected to be coming out of NC State?

Smith, essentially, has only played for teams designed to lose games. After being held up as the Mavericks’ future star, Smith had to share the ball with the universally loved, Slovenian wunderkind, Luka Doncic—then was traded halfway through the season to the Mecca of dysfunction, the New York Knicks.

It’s understandable why, in his short NBA career, Smith Jr. has put together a strange and inconsistent résumé.

Shooting was Smith’s biggest weakness coming into the draft, and two years later not much has changed. He shot 32% from three during his sophomore year, far below league average at 35%, and even further from the point guard average of 36%.

When players defend him, they can stand as close to the rim as they like, since they know that even from the midrange he’s not a threat. For most point guards, being guarded by a big is a huge advantage, but on Smith they fall back until they’re standing right under the rim—exactly where he wants to go.

Is his shot completely broken? Although his seasonal average went up only one percentage point (going from 31% his rookie year to 32% his sophomore season) he started off the season hot from deep. For the first 28 games of the season, he shot 37.5% from three on 3.7 attempts per game before injuring his wrist in November. This is not a short, week-long sample size. Twenty-eight games is over a quarter of the season.

Even during his rookie year, he shot 37.2 % on catch-and-shoot from behind the three point line.

There’s hope. As long as he can knock down a wide open shot, defenses can’t clog the paint, which lessens his game and that of his teammates’. Reducing his shot attempts, especially his Tim Hardaway Jr.–esque, off-the-dribble pull-ups, will help immensely too.

He doesn’t need to chuck four or five attempts per game. Learning from fellow sophomore De’Aaron Fox by sticking to around two shots per game could drastically change his entire offensive approach. Fox shot 37% from three on 2.7 clean attempts per game, which has completely opened the floor for him to work where he wants to: under the rim. As his three-point shooting went up from 30% to 37%, so did his percentage from 0-3 feet from the rim from 64% to 68%. It could have the same effect for the Knicks’ starting point guard.

The other most common criticism about Smith is his low basketball I.Q. (BBIQ). When gifted high draft picks bust out the league, it’s often because the game is just too fast for them. Especially for point guards, passes have to be perfect, and they need to be able to set up plays out of nothing. Accomplishing that on a bad roster is not an easy task for someone still trying to find his place in the league.

You can see where those low-intelligence comments stem from on plays like this:

Smith runs into four defenders, as he tried to get himself into a scoring groove, while Wes Mathews is wide open and only a short pass away. Luckily, Doncic is there to save the play. This is a development that takes many young guards a while to learn: when should I take it all by myself, and when should I try to create or let someone else run this possession?

To claim Smith has low BBIQ because he makes a few plays like the one above is an overreaction. Smith has great instincts. Watch the shot clock as Smith makes a great quick pass to save this Mavericks’ possession in less than a second.

Smith is a young player still in development. On the Knicks, he assisted on 32.9% of his teammates made shots, according to Cleaning the Glass, in the 87% percentile for point guards. Excluding his last two games, which he played injured, he averaged 6.0 assists to 2.4 turnovers (a ratio of 2.5) as a Knick. Passing phenom and now-Pelican Lonzo Ball, and DSJ’s draft classmate, had the same ratio on slightly fewer assists this past season.

Here, he drags three defenders towards him, then passes to the now wide-open Knox for the best shot in the game, a corner three. Also, he had 13 assists in this game.

Smith could improve the team even more by starting plays quicker. He likes to stay at the top of the three-point line trying to dribble into something; having him initiate early to take advantage of the team’s speed and youth along with his own athleticism against older defenders could be a huge advantage for the Knicks.

Look at how he can play when he acts quickly while the defense isn’t 100% set.

It’s like he never even had a primary defender.

Combined with R.J. Barrett as the 2, or 3, we could have two guys with insane athleticism running the offense. Surrounding those two with shooting and Mitchell Robinson as a lob target could be an efficient offense. Fizdale was hired bring more possessions and three-pointers to the Knicks’ offense.

Smith has no problem setting up plays for whoever has the hot hand. Look at the game log for Dotson’s career high, 27 points: seven of his nine makes from the field were assists from Smith.

Having another passer on the court with Smith in Barrett could open up another aspect of the point guard’s game that has been neglected—his off-ball movement. As a non-shooter, simply running around screens thirty feet from the basket isn’t enough. Currently, Smith averages 2.15 miles per game, but fellow non-shooter and rim-destroyer DeMar DeRozan stays effective off-the-ball by moving 2.56 per game, and this could help Smith when he doesn’t have the ball in his hands.

Smith has one of the best first steps in the league, and his main defender should always be worried about him blowing by. This is what the future could have in hold if that does happen:

Even the current, two-time Defensive Player of the Year Rudy Gobert had no chance of stopping Smith with a full head of steam. If he can beat his man, he has no problem taking a big at the rim.

Scoring at the rim is where Smith is at his best. His shooting at the rim is only 56% as a Knick and 57% as a Maverick, according to Cleaning the Glass—less than average for point guards, and not ideal considering this is where he excels.

It’s not that Smith is just average at finishing—it depends entirely on the match up. When two defenders meet him in the paint, he struggles getting by them. But when there is a lone man, it doesn’t matter how well positioned he is, Dennis can slice through and finish easily.

LaMarcus Aldridge here knows exactly what Smith wants to do but is powerless to stop him.

Conversely, when two defenders meet him in the paint, Smith either throws up a wild shot or gets caught in the paint before passing it out for someone to restart the possession with minimal time on the clock. Part of his training this summer should be handling that exact situation.

Defensively, Smith is severely underrated. Bigger guys are often surprised by how well he can stretch his arms and box them. As a Knick, his steal and block percentage are both in the 80% percentile range for point guards.

He can poke the ball away with ease.

A smaller frame doesn’t keep him out of plays. Smith reads telegraphed passes well, and his quickness can get him back into plays when a tough screen might otherwise keep him a step behind his man. To be a very good defender, all Dennis needs is more consistent engagement.

Smith has the talent to someday rise to the top of the league—yet a lot of this development is on him. While he only needs to make slight adjustments to a few areas of his game, there are many adjustments to be made. Smith can absolutely can be a number two superstar on a championship-level team, but it’ll take a lot of growth as a player before he can reach that goal.