Could Firing David Fizdale Ruin the Balance of the Knicks? 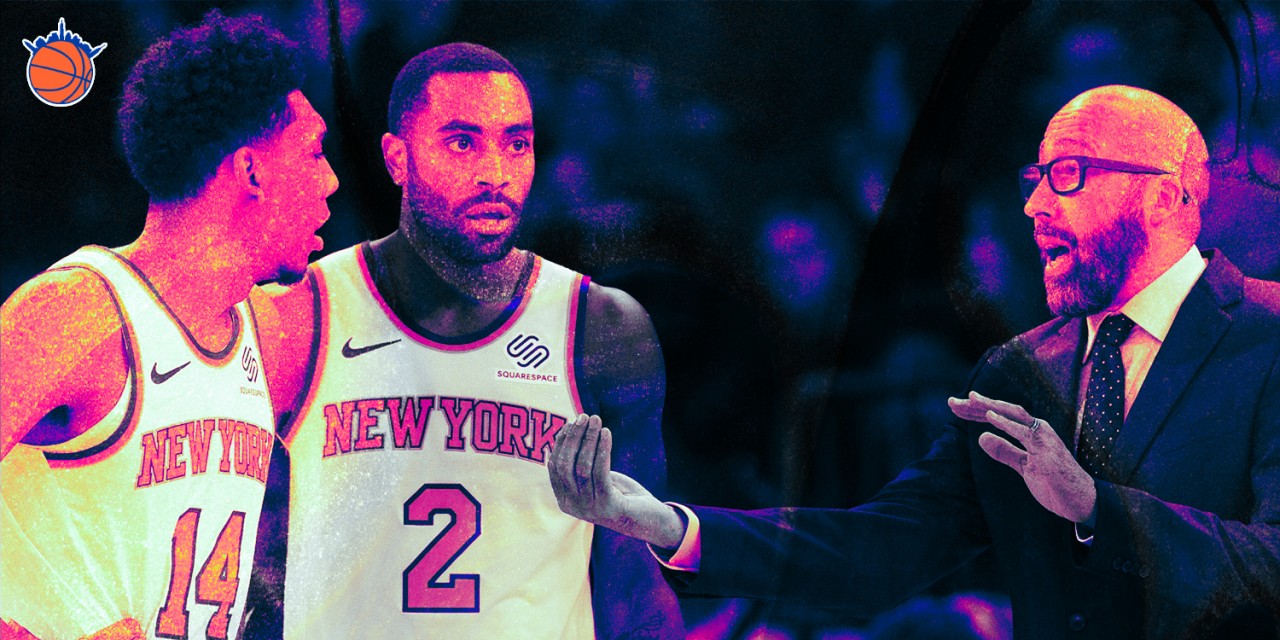 Drama abounds in the front office as another Knicks season sputters off the line. In the locker room, however, it’s a different story.

When Steve Mills and Scott Perry finished their hostage situation disguised as an impromptu press conference last week, it seemed almost a given that head coach David Fizdale was on his way out. Then ESPN’s Adrian Wojnarowski reported it was imminent, and who are we to question divinity?

Fizdale says he feels the full support of management behind him because they speak every day. Yet when asked if he was given any sort of guarantee, he defaulted to his contractual obligation extending another two years, as if a coach had never been fired with years remaining on their contract.

The situation is currently a little murkier than it seemed after the 2-8 start. Since Dolan hit the panic button, the team crushed a Cleveland team that embarrassed them a week earlier, stepped on the throat of a sworn nemesis, and hung right with the Sixers. The 2-3 post-press-conference record could just as easily have been 3-2 if not for an incredible (and well-guarded) shot from Devonte’ Graham. Now the Knicks face a tough upcoming stretch of 10 straight against last season’s playoff teams; a few losses to start might give Dolan all the ammo he needs to instill his favorite gremlin, Mark Jackson, as team Czar.

Typically when a coach who is well-liked by players publicly enters the hot seat, the team bands together to prove to management they should keep him. It rarely works (see: Jason Kidd with the Bucks). The question that needs to be asked is whether it’s a smart move to can a coach who has the trust of the locker room or not, especially in what should be considered a developmental year.

By all accounts, Fizdale absolutely has the trust of the locker room. Players speak very highly of the way he cares about and inspires the team, with Taj Gibson even going out of his way to mention it to The Knicks Wall managing editor Reid Goldsmith pre-game one week ago.

“I’ve been in the league a long time, I know how to handle all the different aspects of the game.

“It’s easy because I have a good coach in Fiz … I’m a student of the game, it’s not hard.”

Despite his struggles with the X’s and O’s that Grizzlies fans warned Knick faithful about, Fizdale has been most everything that was advertised with player development, save some extra minutes that should have gone to Frank Ntilikina last season. Even so, he never lost the faith of his players, who willingly accepted DNP’s. Many would anger about strings of DNP’s, but Fizdale has always been communicative and forthcoming about why he made these decisions: to see if he could get other players the opportunity to get hot. This is all to say that the players respect the heck out of Fizdale and are willing to fight for him, despite his shortcomings as a tactician.

There’s a careful balance inherent in rebuilding that every team in that situation has to walk: between exposing their younger players to winning basketball by making moves to maximize win totals, and letting young players fight through mistakes to learn how to play winning ball themselves. Firing Fizdale may result in more wins this season if they can find someone who is better with rotations and play-calling (not Mark Jackson), but it may come at the expense of the young core’s development and confidence. Ntilikina has looked exponentially better this year, partially because Fizdale has egged on his strong play, calling him a bulldog, and saying he was one of the best players on the floor despite a poor shooting performance.

The goals of this team should be somewhere in the middle of the two poles. They should want to taste some winning ball (hence signing someone like Marcus Morris), but it should primarily be a development season. The entire young core is under 22 years old, with R.J. Barrett looking potentially like a future All-Star, Mitchell Robinson, a future Defensive Player of the Year, Keven Knox a future knockdown shooter, and Ntilikina, a future Marcus Smart.

Apparently Dolan had visions of grandeur per usual, and was expecting a borderline playoff team—which is why the Knicks are in this whirling pool of uncertainty.

The answer, though, is no: the Knicks should not fire Fizdale because the team is underperforming relative to Dolan and Mills’ ill-conceived expectations. It’s better to keep him on for the season as he pushes his young guys to improve, and once the team is ready to shift into the competitive sphere, hire a better tactician. There’s no shame in losing a lot of games right now.

The public perception of the team is in the dumpster; firing a coach to scapegoat him is not going to save the front office from public heat, and certainly won’t save it from itself.