Could RJ Barrett Be the Answer at Point Guard? 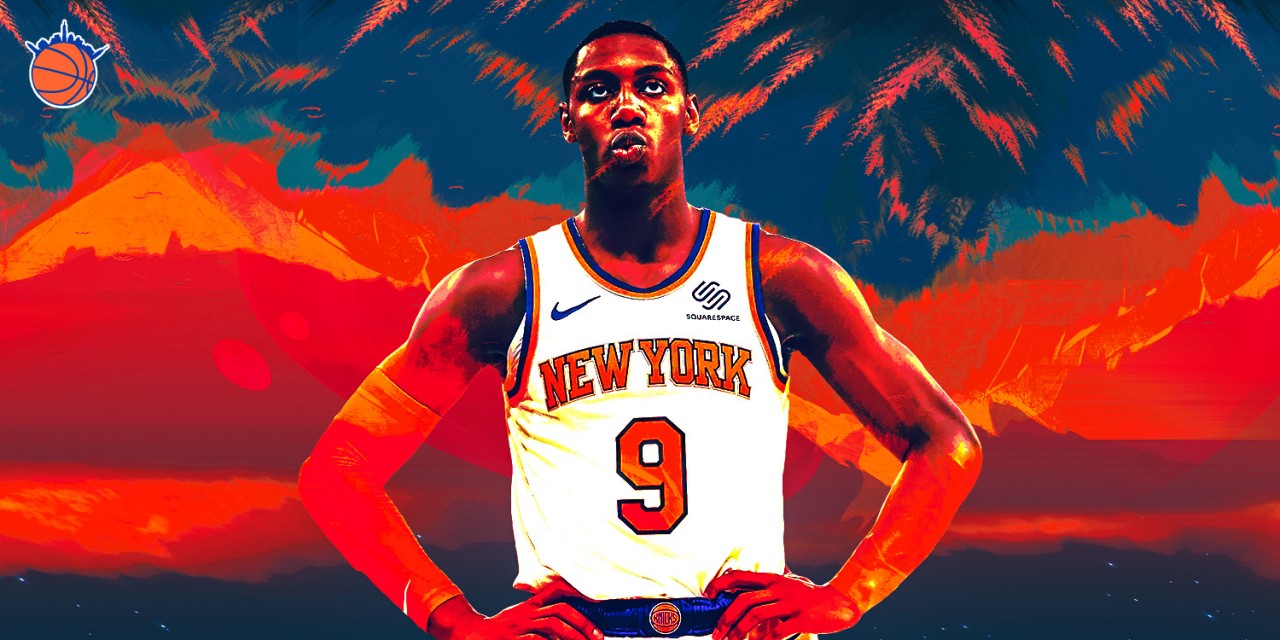 David Fizdale has given his rookie RJ Barrett multiple opportunities to lead the Knicks offense, with mixed results, but there are positives.

“I just like it. I can make plays for others while making plays for myself.” R.J. Barrett tells reporters before the start of the 2019–20 NBA season, “If I couldn’t, I wouldn’t be here.”

As the lead guard on one of the best offenses in college basketball last season, Barrett has experience creating opportunities for his teammates. As a rookie, the new Knick has had no problem adjusting to the talent level of the NBA. Not only has Barrett shown the ability to score efficiently during his limited time on the Knicks, he has also proven to be the superlative option for running the offense.

As Barrett continues to excel and the Knicks’ three point guards continue to struggle offensively, a question presents itself: should the Knicks fill the point guard spot in the starting lineup with someone who can stretch the floor while having the former Duke Blue Devil run the offense? There is an interesting case for executing this shift in the lineup.

Barrett’s most impressive skill so far has been his quick decision making. Barrett reacts, and reacts quickly, to his own players’ movements and the defensive openings. While his three-point shooting and ability to attack the rim have been impressive, his feel for the game will always make him a positive player. All the best floor generals can pick at and overtake defenses to set up themselves or their teammates. Barrett has that gift.

Look at how he identifies a defensive error and attacks immediately once the ball is in his hands:

Jarrett Allen has his back turned far from hoop. Barrett sees this immediately, so he drives straight to the rim for an easy two points. He misses, but still makes it there before Allen has an attempt to contest. Most of his possessions are similar to this play: a quick action for a high percentage shot. Whenever a team has a young guard, fans expect a seven-seconds-or-less type offense—but quick feet doesn’t equal a quick mind; it is rare for a young player to see or create cracks in NBA defenses in under a few seconds.

While the clip above shows the rookie attempting to score instead of dishing, putting points on the board is an essential part of the point guard’s game in the modern NBA. Dennis Smith Jr., Elfrid Payton, and Frank Ntilikina are three of the worst offensive players in the league. All three point guards on the New York roster have career True Shooting percentages under 50%, while never shooting above 32.6% from behind the arc. If these players aren’t creating opportunities for their teammates, they are ignored by the opposing defense. Payton has been on four teams in the past three years despite a multitude of triple-doubles and averaging over six assists in every city he’s played in. Being a good passer is not enough.

This play shows how Barrett uses his scoring ability to generate opportunities for other players.

The rest of the Celtics realize the size advantage that the rookie guard has over Kemba Walker, so Marcus Smart runs to double team, which leaves his man open in the corner. Barrett is preparing for the help defenders the whole time, so he rifles a pass as soon as possible to create one of the best shots in the league: an open corner three. Good scorers sometimes need multiple defenders to slow them down, which opens up the floor for the rest of their team.

While the point guards aren’t the only players responsible for the Knicks’ failure from behind the three-point line, they are the most replaceable due to Barrett’s ability to lead the offense. Replacing Payton with Damyean Dotson could have a dramatic effect on the rest of the Knicks’ starting lineup’s performance, for example.

Barrett, Mitchell Robinson, and Julius Randle all want to work close to the rim. They excel at it. While Smith Jr., Ntilikina, and Payton are not top tier scorers within three feet of the rim, it’s often where their defenders camp, because none of the point guards can shoot from behind the three-point line or even 10-20 feet from the rim. Due to the Knicks’ point guards’ failure to stretch the floor, the space that the Knicks’ best players are attempting to score from is flooded with defenders.

Look at how much of an effect having even just one player who can launch it from deep can have on defensive positioning:

RJ to Mitch to get things started.

Marcus Morris shot over 37% on threes during his tenure with the Celtics, so Jayson Tatum is aware that an open Morris three can be a problem. He second guesses attempting to cut off Barrett’s pass to Robinson by sliding to the left to cut off the pass to the former Celtic.

For contrast, look at how the defense guards Randle and Payton:

Due to Randle and Payton’s poor shooting, the defense closes in on Barrett’s drive more and more with every step he takes. The addition of a three-point specialist could make Barrett’s drives even more deadly, because the defense will have to actually make a decision on which weapon they are willing to allow: an open three or Barrett scoring in the paint. The best offenses force the defenses to think.

While maybe not the long-term solution, R.J. Barrett handling point guard duties while adding a shooter to the starting lineup could yield better results for the struggling Knicks’ offense. Barrett has proven he’s capable of disrupting the opposing defense and creating opportunities for himself and his teammates. The Knicks could have that rare player who can create holes in the defense instantly—why not give him the keys to the offense?