Courtney Lee is Pushing for a Change of Scenery…Or Is He? 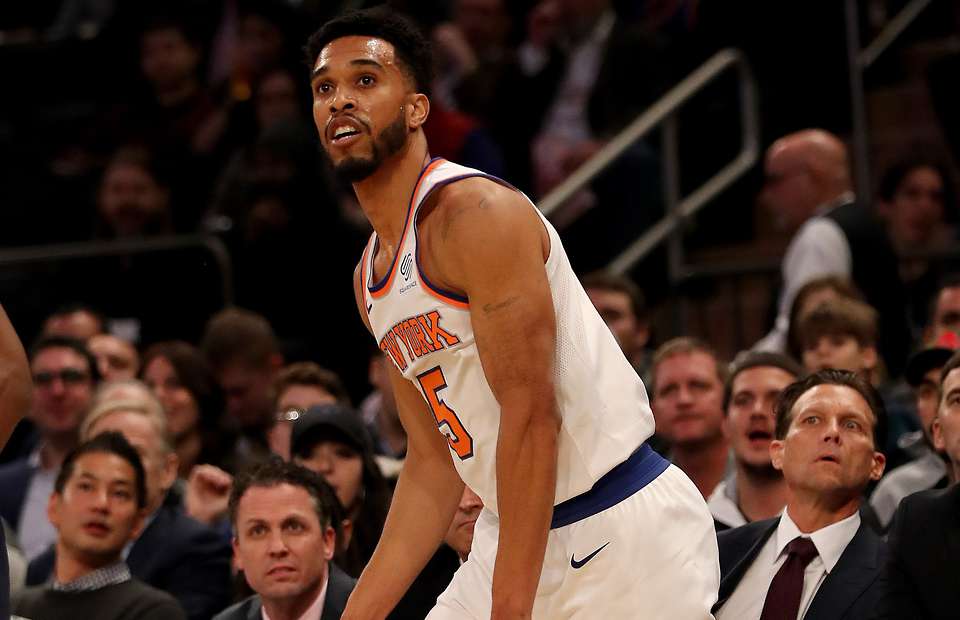 Rumors surfaced Tuesday night that Courtney Lee wants out of New York. Do we buy it?

According to Marc Berman of the NY Post, ten-year veteran Courtney Lee is hoping the New York Knicks can trade him to a playoff team or contender.

Lee signed a four-year, $48 million contract back in 2016, giving him two more full seasons of a $12 million dollar average yearly salary. So far, he’s been about exactly what the Knicks expected they were getting. Last season, he averaged 12.0 points, 2.9 rebounds, and 2.4 assists while shooting 40.6 percent from three. Not a bad showing from a role player on a bad team. Lee was a cool customer on the roller coaster ride that the Knicks threw him and other players on last season, and some teams, including the Philadelphia 76ers, could find the 3-and-D wing useful.

Claiming he hasn’t spoken to ‘media’ in over a year doesn’t mean that someone in his camp has kept their mouth shut, but his denial of the rumor was clear. Whether Lee truly desires to stay in New York may be irrelevant with the team’s current direction. As Dwayne “The Rock” Johnson would say/shout, “It doesn’t matter what you think!” The Knicks are in a full-fledged rebuild mode after a number of youthful free agent signings and selecting raw yert promising draftees who may be project players.

Lee, who turns 33 in October, still has two years left on his contract and, if last season is any indication, he at least has that many years left to make a measurable impact on an NBA team. The phone may not be ringing off the hook in Scott Perry and Steve Mills’ work quarters, but it wouldn’t be a stretch to assume a handful of teams have interest in the shooting guard.

UPDATE: Rather than “wanting out” as previously reported, Berman has changed the headline to reflect that if Lee is to be traded he would like it to be to a contender.

Ian Begley of ESPN also notes that Lee has shown no desire to be moved, and that he is “happy to be a Knick and looking forward to starting training camp.”