Culture and Leadership Take Shape From Knicks at Media Day 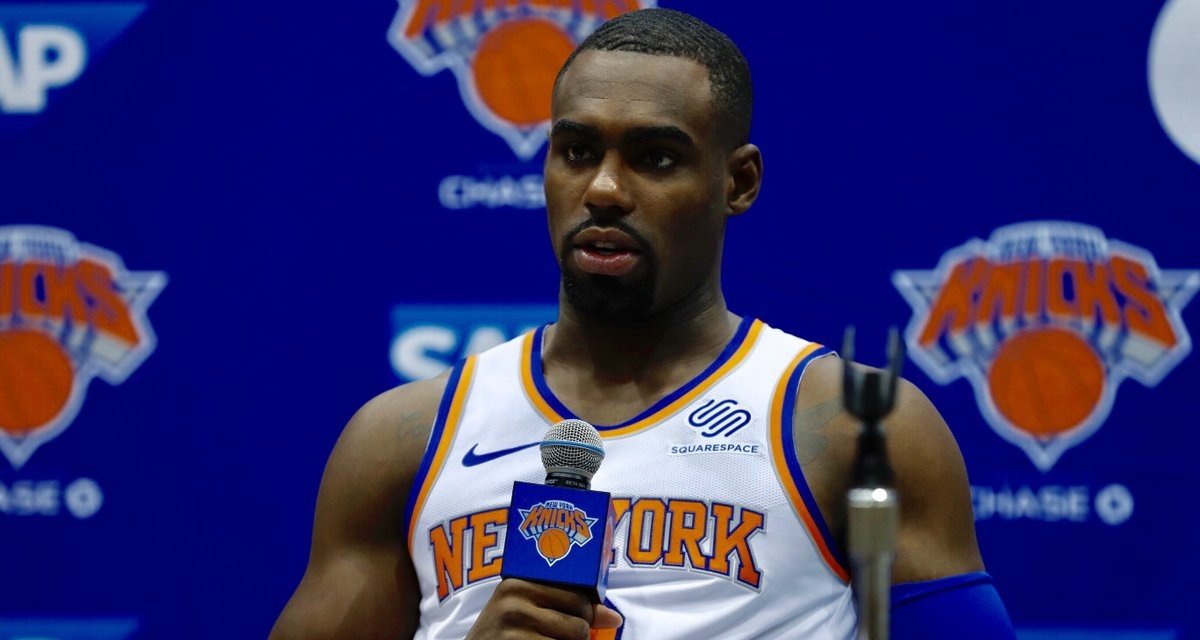 New York’s newly assembled roster spoke to the media about different goals, expectations, and reasons to trust the direction of the rebuilding team.

The New York Knicks held their media day on Monday in their Westchester training facility, and for the first 90 minutes or so, the media availability seemed normal.

High hopes. A new culture. Rookies who will be the face of the franchise.

Other than Kanter’s headline-grabbing quotable, there certainly were not a lack of noteworthy quotes from a roster made up with lottery wash outs and Knicks youngins looking to make a splash in the NBA.

Enes Kanter on his message for Knicks fans: “Aye, believe in us!”

Mentions how excited he is for Coach David Fizdale, for the new culture.

Kristaps Porzingis, now back in New York, was predictably peppered with questions pertaining to his return to the Madison Square Garden hardwood. However, Porzingis snuffed out any timetable with the same prowess he uses to protect the rim. Repeatedly asked about his recovery timeline, Porzingis replied, “I’ve been doing things on the court, shooting, running. There’s no timetable yet.” He eventually elaborated, stating that due to his size as a 7’3″ human, he’s being extra careful to ensure a safe and smooth return to the floor.

Porzingis was asked about the supposed newfound culture surrounding this budding young team, to which he said, “It’s good vibes around here. Good energy around here, and that’s the first thing that I saw, and I’m happy about.” He went on to say there are always good vibes at this time of year, and that it only counts once adversity hits the team.

When asked about his extension, Porzinigis let it be known that he hasn’t thought about it. “I have not thought about, my management is dealing with it. We will talk about it when it’s the right time.”

One particular quote of substance stood out from the rest; in years prior, Porzingis refuted playing big minutes at the center position, a position fans and analysts have clamored for him to play. Today, Kristaps appeared to have changed his tune. “Doesn’t really matter,” said KP. “I see Fizdale putting me in positions to succeed.” Porzingis mentioned he’d be switching a lot, protecting the rim, so his actual position doesn’t matter. This is relevant, as he appears to be open to playing wherever, whenever under new head coach David Fizdale. This seems even more important with Kevin Knox in the fold, who figures to spend significant minutes at the power forward slot.

Porzingis mentioned he’d be switching a lot, protecting the rim, so his actual position doesn’t matter.

What’s telling is that for years, KP has maintained he wanted to stay at the 4. Seems more open to playing the 5, or wherever Coach Fizdale wants him.

Tim Hardaway Jr. stepped up to the podium—and also into a leadership role. Hardaway Jr.’s answers today were centered on his new, expanded role. When asked specifically about which component of his game he worked on, he explained, “Trying to be the leader out there. Texting, calling the guys. Trying to build the culture so everything is better headed into training camp.” He added that he wanted to use his playoff experience to provide guidance on how a young team can learn to win, saying “I can definitely give them insight. It is hard. Lot of early hours, hours put in. Takes a great deal of focus, concentration, not focusing on fatigue but wanting to play in May and June.”

Hardaway set forth the same objectives that the other veterans on this team have; Courtney Lee, Lance Thomas, and Enes Kanter all seemed to understand where the Knicks are at, and that it’s a rebuild, so veteran leadership is firmly positioned at the forefront of the roster to guide a novice team through a grueling 82-game season. Even Mario Hezonja, the Knicks’ latest reclamation project, wanted in on guiding the stable of youth in New York. When asked about second-year guard Frank Ntilikina, Hezonja stated Frank is “probably the guy closest to me since day one. We connected right away. His seriousness about basketball is unbelievable. I want to take him under my wing, tell him what’s happened to me. Won’t let anything get him down, I know how the bottom feels.”

The culture does seem to be changing, and these young guys appear to have bonded over the summer to some degree. This could just be more offseason fodder, but the conviction the players spoke with says otherwise. With Fizdale in the fold, and a crew of respected older players and vets actively looking to take on the newfound responsibility of leadership, it seems this team is actually trending in the right direction. As always, we need to see it before we believe it with this franchise, but it’s hard not to be encouraged—even if it’s only cautious optimism.