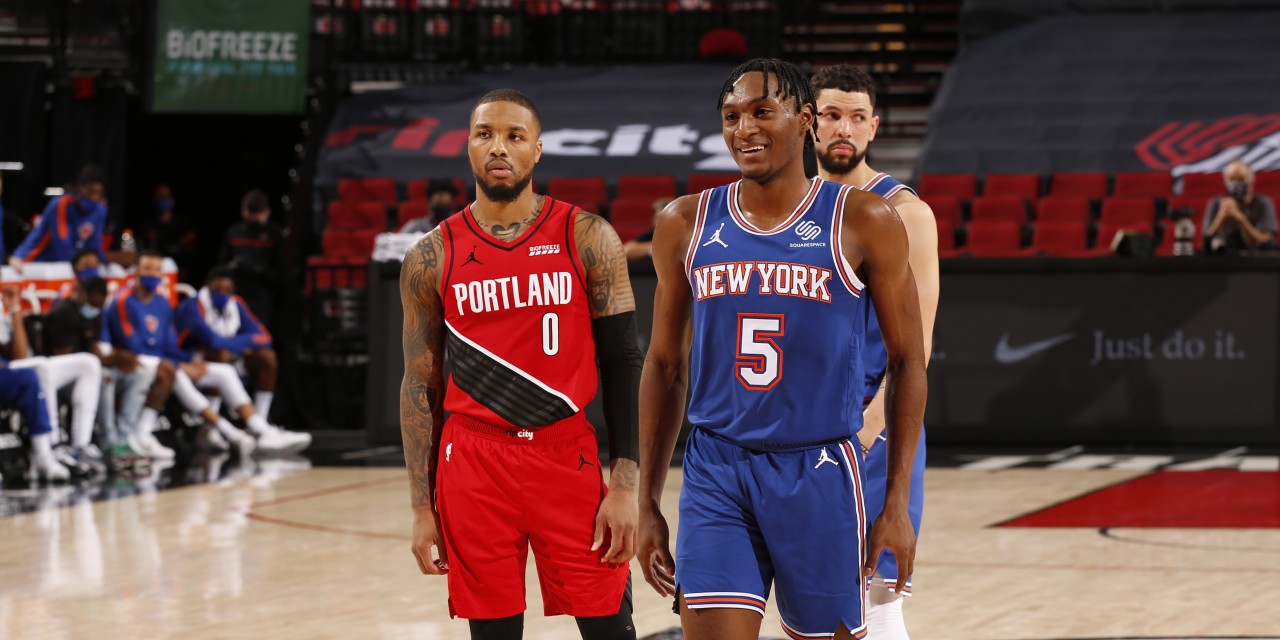 Damian Lillard’s growing frustration with the Blazers has caught the eye of the Knicks front office, ever vigilant for star talent.

The surprising turnaround season by the New York Knicks has not been lost on its front office.

Despite a quiet trade deadline, the team is expected to be aggressive in the trade market and reportedly keeping an eye on a potential Damian Lillard situation developing in Portland. As Marc Berman of the New York Post detailed, Lillard’s patience could be growing thin with the Trail Blazers stuck in the mud once again in the Western Conference.

The Blazers sit in seventh place in the West, meaning they would be in the play-in games, heightening the potential of another early exit. Lillard has remained fiercely loyal to Portland through many iterations of supporting castmates that have not been enough to break through to a Finals appearance. Throw in the fact that Lillard’s longtime head coach Terry Stotts is on the firing line, it is not preposterous to consider a world where Damian Lillard is not a Blazer.

Should Lillard become available the Knicks are ready to go all in. Thanks to a trove of draft assets the Knicks can make a compelling offer to Portland, who would have to hit the rebuild button whenever Lillard does move on. According to the Post, a league executive believes the team would be willing to trade three or four first-round picks to acquire Lillard without having to include R.J. Barrett and Obi Toppin.

There is a familiar face in New York that could push Lillard to consider moving on. Associate head coach Johnnie Bryant is someone Lillard views as a brother and playing in New York is already something Lillard has thought about.

Lillard would be the perfect fit next to Barrett and Julius Randle, the emerging Knicks duo who complement Lillard’s skill while matching his mentality. The 31-year-old veteran is a professional bucket-getter in the same tier as Stephen Curry. The pieces Portland lacked, like a dominant force in the frontcourt and a wing playmaker, can be found in Randle and Barrett. Lillard brings the type of outside shooting that would open up the floor in a way that Barrett and Randle have only had a taste of when Immanuel Quickley is on the floor with them.

Such a deal would likely mean parting with the beloved Quickley, Mitchell Robinson, and possibly even Toppin if the Blazers draw a line in the sand. If such a deal makes fans queasy it should not. This is the type of move the franchise has built towards.

Even at 31, Lillard is still a prolific scorer and the exact type of guy you want on your side in the playoffs.