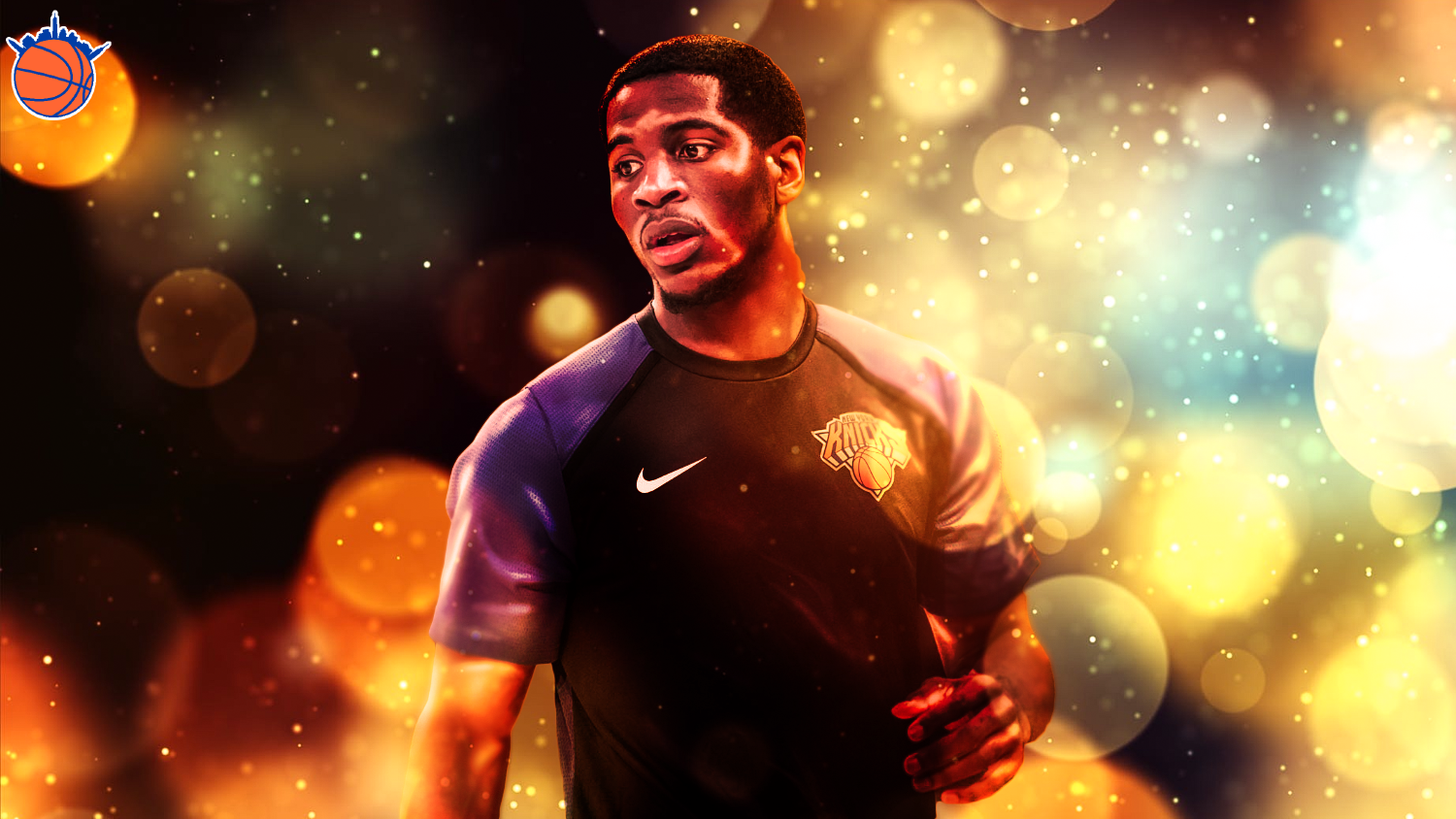 The Knicks may have found something special in their 2017 second-round pick Damyean Dotson—an extraordinary two-way player with real, difference-making ability on the hardwood.

When David Fizdale announced a change to the starting lineup after five games, there was much rejoicing amongst fans. Not only would Frank Ntilikina, one year removed from being selected with a top-10 pick, finally get the opportunity to spread his pterodactyl wings as the team’s lone point guard, but in a surprise move, Mitchell Robinson, who was previously expected to spend most of the season in the G League, would get a chance to prove he could contribute immediately. And yet the most impactful aspect of the sea change was perhaps the least-discussed: the unburying of Damyean Dotson and his insertion as the starting small forward.

This was surprising on a couple levels. Not only was Dotson coming off of a mediocre Summer League and a preseason that saw him glued to the bench, but Fizdale had also spoken several times about his reluctance to start Tim Hardaway Jr. and Courtney Lee together due to their lack of size, at 6’5″ each. Dotson is only an inch taller, at 6’6″, and his wingspan is only a couple inches longer than Lee’s (6’9″ versus 6’7″-ish). And yet, since his re-discovery, he has become the team’s second-most consistent starter and arguably their most effective two-way player, putting up double-digit points in every game until the streak came to a foul-ridden halt in their last contest against Atlanta. His success is no fluke. Dotson’s game is for real, and he has the chance to be a fixture for the Knicks for years to come, whether in the starting lineup or as a Jae Crowder-esque super sub.

As some have noted recently, the way the Knicks use Dotson on offense is not drastically different from how they used Courtney Lee last season. He’s at his most effective running off of screens and either pulling up or taking a hard dribble to the rim.

He’s comfortable finishing with either hand, and seems to relish driving into contact, using his strength to take away bigger defenders’ physical advantages.

On defense, Dotson is a pest. He likely will never be an all-defense guy (very few are), but he’s physical and hard to move once he gets his feet planted and his center of gravity low. He also gives a shit, which is an underrated aspect of defense. But the most important attribute he has, the one that sets him apart from other wings on this team (cough Tim Hardaway cough), is his instinct. He plays passing lanes but doesn’t usually gamble himself out of position, a trait that often does more harm than good (for a master clinic on this type of reckless gambling, just watch Russell Westbrook’s performance against Utah in last year’s playoffs). He seems to genuinely understand what the other team wants to do, and how to prevent them from doing so.

Watch how little it takes, a mere glance, to recognize and break up this back-door alley-oop:

He also knows how to pay homage to past Knicks greats. Here, he takes a page from the immortal Pablo Prigioni’s book “How to be a Master Sneak” and spices it up with the strong take, once again neutralizing the bigger defender by jumping into his chest before finishing the tough and-one.

But the part of his game that has really allowed Dotson to thrive as an undersized small forward is his rebounding. Dotson came into last night’s matchup against the Hawks on a streak of three games with five or more rebounds, a feat he had accomplished in seven of his first nine games this season, including four games with seven or more boards. He’s third on the team in both rebounds per game and overall rebounds, behind Enes Kanter (duh) and Noah Vonleh, both of whom are absolute beasts on the boards.

Dot’s tenacity on the glass puts him in rare company among his peers. The list of guard/forwards to put up 12+ points per game on at least 35 percent shooting from deep while recording a rebound percentage greater than 10 percent by their second year in the league consists of three names: Steve “Franchise” Francis, Luka “The Most Accomplished European Prospect of All Time” Doncic, and Damyean Dotson. That’s some good company.

The eye test bears this out. Dotson has a nose for where the ball is headed, and if he’s not sure he can get to it, he has no problem making a heads-up play to get it to a teammate.

He has a knack for getting to the ball in big moments, as he did at the end of the second overtime against the Bulls, when he pulled the biggest rebound of the game down over Robin Lopez to get Mudiay the go-ahead transition bucket.

Simply put, Dotson makes winning plays. According to Cleaning the Glass, the +7 differential in the team’s points scored versus allowed when he’s in the game amounts to an expected 17 wins added if extrapolated over the course of an 82-game season. That’s off of a very tiny sample size, so let’s not get too carried away here, but it’s safe to say that he has been one of the most impactful players for the Knicks so far this year.

While Dotson has shown more than any fan could have hope for in his first year and change, he’s by no means a finished product. He’s not great with the ball in his hands (though he’s getting better), and while he’s a willing ball-mover, he’s by no means a creative or impactful passer, and he has the bad habit of getting caught in the air without a plan, leading to some ugly turnovers. But these are small problems that can be improved on with time and reps.

It’s important to note that the situation Dotson is in right now is somewhat unusual. The Knicks are stocked with guards and bigs but have few wings capable of consistently being positive contributors at the small forward slot. With big-name wings like Kevin Durant, Kawhi Leonard, Jimmy Butler, Klay Thompson, and even Khris Middleton hitting unrestricted free agency this summer, no one knows what the Knicks wing rotation will look like next year. Maybe they break from history and land a big fish or get lucky and draft one of the top-level wings (R.J. Barrett, Cam Reddish, or Nassir Little), relegating Dotson to the bench roll he is probably still best suited for on a team with contention aspirations. Maybe Tim Hardaway Jr. is traded away while his value is at its highest, leaving Dotson to play the two. One of the best parts about Dotson’s times with the Knicks has been his malleability—he seems happy to play whatever roll is needed for the good of the team.

For now, what matters is the Knicks have a real 3-and-D stud on their hands, the exact archetype that every team is desperate to get a hold of. Most elite teams over the years have one or two guys they struck gold with, either late in the draft or off the scrap pile of undrafted players. The Knicks seem to already be amassing a collection of these found-money guys, and Dotson is right at the top of the list.