Damyean Dotson: The Odd Man Out 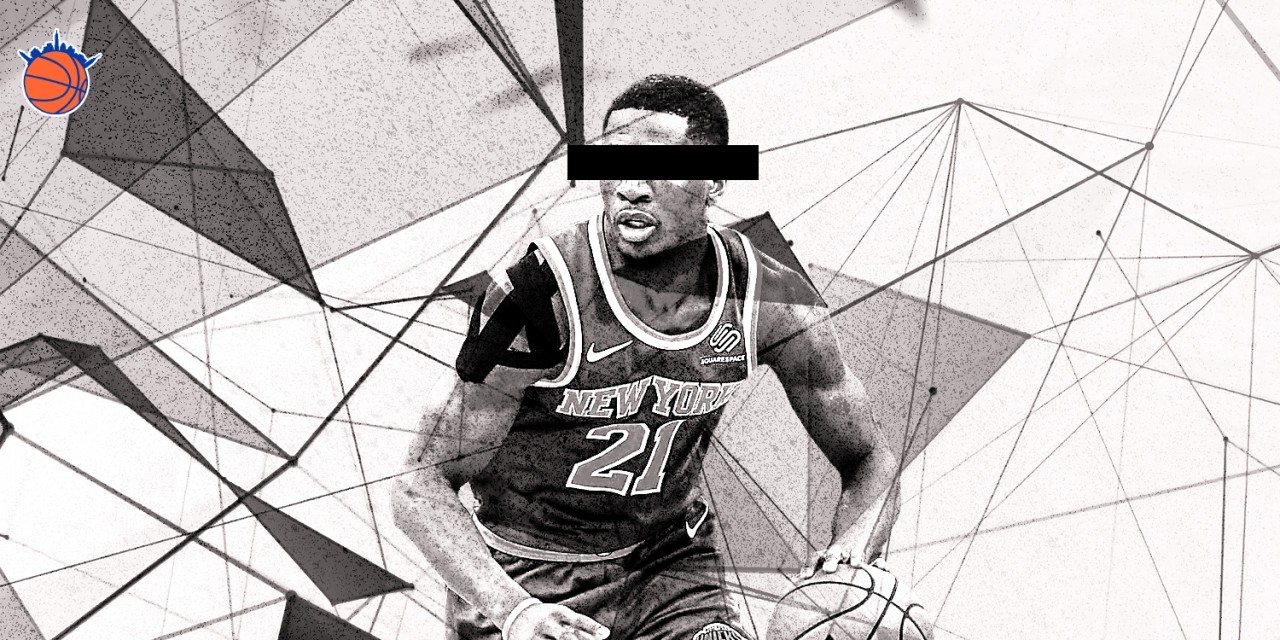 Is a drastic reduction in Damyean Dotson’s minutes this season the cause or the result of his poor play?

The Knicks are bad in a very loud way.

They play an ugly, inefficient, bully-ball style—clanking long twos and crashing the offensive glass. Julius Randle hoards every possession, lights it on fire, and chucks it into the garbage. David Fizdale’s lineups are a nightly circus. Marcus Morris is quite literally bad in a very loud way.

Lost in the chaos of the Knicks’ disastrous start is the disappearance of a player many thought would figure more heavily into the wing rotation: Damyean Dotson.

The coaching staff has halved Dotson’s minutes this season, after last year’s encouraging sophomore season, from 26.8 per game to just 13.8.

And in tandem, his game has fallen off a cliff. His three-point shooting, Dotson’s calling card last season, has abandoned him. He presses and rushes opportunities in halfcourt sets. And his shooting form is a little different this year, likely the result of an offseason focus on a more controlled release.

Notice anything different? Dotson seems to be loading his shot off a “one-two” approach more this year, whereas last year he seemed to prefer the “one-hop” approach.

That doesn’t make Dotson a less accurate gunner, but it does make him slightly slower at getting his shot off, allowing opposing defenders just enough time to position for a better contest.

This is a little unusual; typically, players that prefer a particular way of getting into their shot carry that preference through the bulk of their careers. By committing to this type of shift, it appears Dotson’s camp decided in the summertime that he needed a more methodical approach to his shooting release this year.

In keeping with that theme, Dotson has also slowed his release down a touch, especially on catch-and-shoot releases. Last year, especially evident in the game against the San Antonio Spurs when he caught fire and hit a career-best eight threes, Dotson flashed a lightning-quick release.

An accelerated trigger finger allowed Dotson not only to get his shot off in tight quarters but also, by extension, created space for teammates by providing a release valve during broken possessions, like the one Dennis Smith Jr. finds himself in above. And despite finding a lot of success with that shot, Dotson appears to have removed it from his game.

It’s unclear why Dotson has removed that kind of pace with the mechanics of his shot, or why he’s favoring the “one-two” step more this year. But these changes either haven’t worked, or they’ve taken Dotson longer to adjust to than he and his team envisioned.

His True Shooting percentage is currently at 48.4%, a career worst for him, and well below league average.

Should the coaching staff be playing Dotson more?

Still, any and all talk about Dotson’s mechanics would be remiss without big picture context: Fizdale and his staff are yanking Dotson around every night.

Dotson started the year off with four DNP’s in the first six games. He played just four minutes in two blowout losses to the Sacramento Kings and the Detroit Pistons in the first week of November. Highlighting those discrepancies isn’t meant to spur discussion of Dotson as a real needle mover, because he’s not. Dotson is a fringe rotation player; reminiscent, ironically, of a young Courtney Lee, whom the Knicks salary-dumped last season in the infamous Kristaps Porzingis trade.

Still, it’s worth drawing attention to the disappearance of Dotson from the Knicks’ lineups, considering he was one of the more encouraging young pieces from Fizdale’s Frankenstein-ian debut season. And in many ways, it is indicative of the firestorm in which the Knicks now find themselves engrossed—the front office and coaching staff, once enamored and now horrified by the summer they inflicted upon themselves, are too preoccupied with how to salvage their power forward surplus to figure out a way to reincorporate Dotson into the team.

Almost every other young player has been given an opportunity to move their way up the ladder, from Elfrid Payton to Allonzo Trier to Frank Ntilikina. Dotson, meanwhile, remains the odd man out.

And somewhat ironically, Dotson’s skill set would seem to solve a lot of the Knicks’ on-court problems. Their offense is absolutely anemic, ranking as the worst in the league right now, according to Cleaning the Glass metrics. On the other end, the Knicks don’t create many turnovers either, a big part of Dotson’s game (he loves jumping passing lanes).

Granted, there is a chicken-or-the-egg question that should be asked here: Is Dotson not playing because he sucks, or does he suck right now because he’s not playing?

If you look at Dotson’s freshman season, you’ll see similar playing time, just 10.8 minutes per game in 44 games, and you’ll also see similar struggles. He didn’t shoot the ball all that well from anywhere, and didn’t offer much else. If you want to lump that truncated season with what we’re seeing now from him and call him a bad player who had an anomaly of a breakout last year, fine—I won’t fight you.

However, Dotson showed signs last year that point to him being a useful, modern 3-and-D wing in this league. Again, it’s unclear if he really is that player, but his complete and sudden extinction is bizarre. Good coaching staffs make smart investments in young players that show promise; Dotson checks both of those boxes, yet the coaching staff has all but abandoned him in the early going of the 2019–20 season.

Before the Knicks’ second win over Dallas last Thursday, completing their season sweep (!), Dotson spoke about keeping faith and trust in his own abilities. He played a season high 23 minutes (which he matched two nights later against Charlotte), and sounded relieved that the staff was finally letting him play basketball.

“I definitely lost myself in the game,” he said. “I was just competing, trying to win the game. And it comes back to rhythm, as long as I keep playing hard, trusting my teammates, trusting the coaches, trusting myself.

»READ: David Fizdale locks in on “character” of his team in midst of another rumor storm