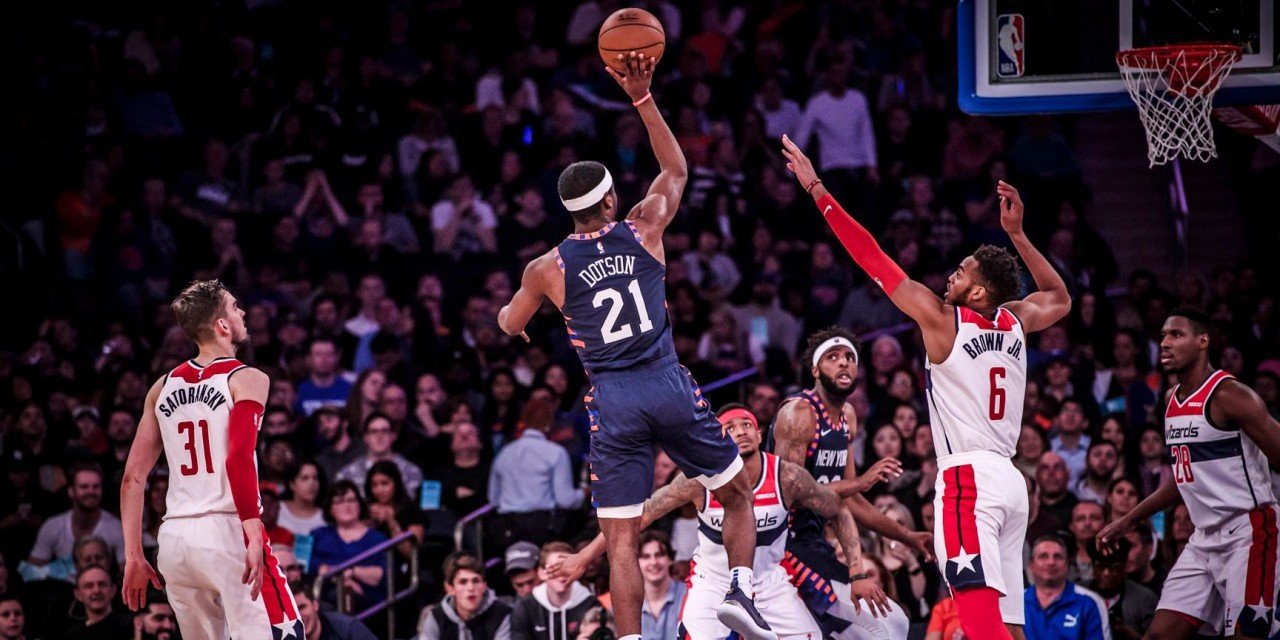 New York’s rising junior wing Damyean Dotson underwent surgery on his right shoulder but is not expected to miss the start of training camp, The Athletic reported on Wednesday.

Despite initially finding himself benched by new head coach David Fizdale, Damyean Dotson became a key cog in New York’s rotation and first unit, starting in the Knicks’ final 25 games of the season. Dotson averaged 13.4 points, 3.9 rebounds, 2.7 assists, and 0.7 steals while shooting 40.5% from the field, 36.2% from three, and 82.1% from the free throw line during that 25-game span, per Basketball-Reference.

The 44th pick from the 2017 draft, Dotson has successfully sidled the swingman role for New York, switching between the shooting guard position and small forward one. According to Basketball-Reference, the University of Houston product played 60% of his minutes during the 2018–19 season at the 3.

SNY’s Ian Begley added that the belief was Dotson would miss up to two months; however, after undergoing the labrum surgery, the 6-6 wing will be ready for the start of New York’s training camp in four months.

Dotson impressed the Knicks coaching staff, particularly in how he handled his early-season benching from Fizdale. Coming to the Big Apple touting player development expertise, Fizdale’s coaching techniques and philosophy haven’t reached every Knickerbocker as intended, like Frank Ntilikina, but it’s apparent that the former Memphis Grizzlies head coach has found a strong mentee in Dotson.

With a potentially critical offseason on the horizon for New York, Damyean may be a strong contender to either facilitate a trade with another team, given his cheap contract, or stay with the Knicks and glue well with stars like Anthony Davis, should the Pelicans trade the All-Star following their lottery win on Tuesday, or Kevin Durant and Kyrie Irving, two huge names the Knicks have targeted in free agency.

»READ: Can Damyean Dotson grow into a Danny Green role for the Knicks?