Darius Garland: Will the Vanderbilt Guard Be the Draft’s Sleeper Pick? 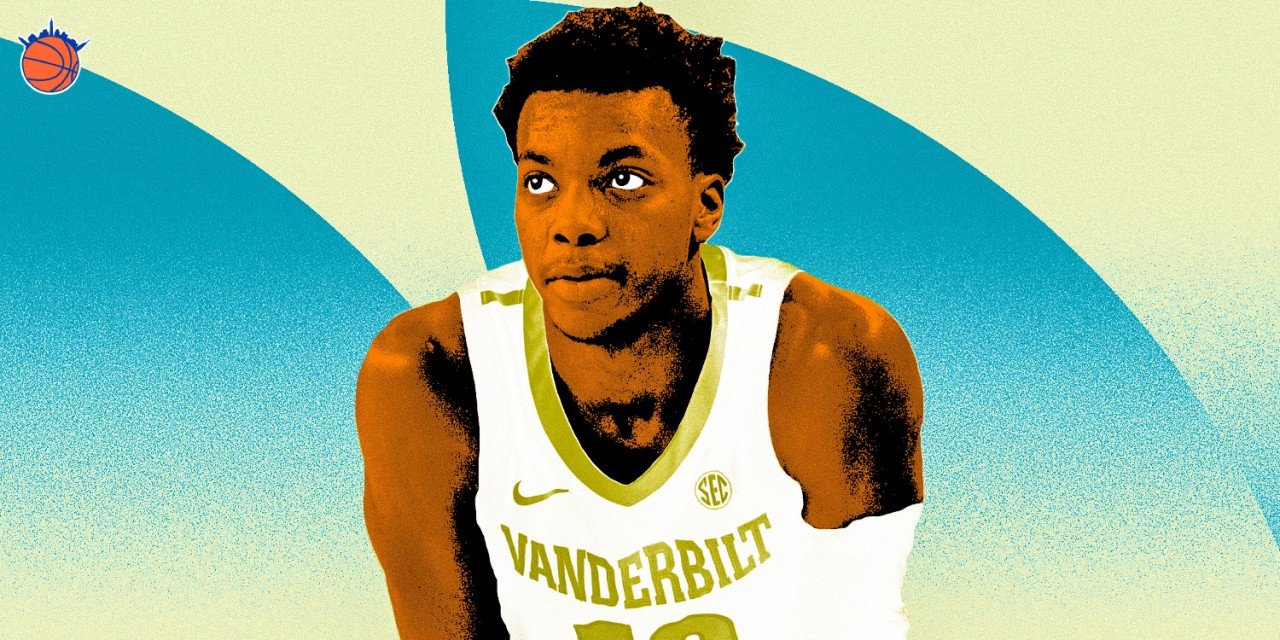 Rumored to be linked with the Phoenix Suns at no. 6, we check on Vanderbilt guard Darius Garland, who had his collegiate season cut short due to a meniscus tear.

The Knicks Wall is setting a spotlight on the top prospects in the 2019 NBA Draft. Follow along with weekly features on the draft and players. Next up is Vanderbilt lead guard Darius Garland.

When it comes to the Knicks’ upcoming draft we do know one thing—they won’t be selecting Zion Williamson. But New York does have the third pick, and for all intents and purposes, it remains a valuable commodity in a draft that is largely considered top-heavy.

Most around the league anticipate the Knicks selecting R.J. Barrett, Zion’s running mate at Duke, with their lottery pick. While the Knicks allegedly value Ja Morant, the former Murray State stand-up and self-proclaimed “point god” higher than Barrett, it is unlikely he will get past the Memphis Grizzlies at number two.

But what if the Knicks, who traded for Dennis Smith Jr. last year and are rumored to be in the running for Kyrie Irving this offseason, are still so enamored with the idea of selecting a point guard that they pick someone widely considered the second-best lead guard in the draft, Vanderbilt point guard Darius Garland?

At this point, it seems unlikely, but if the Knicks aren’t sold on Smith Jr. as their floor general of the future and Irving’s Eastern Conference semifinals performance scared off front office officials from a long-term deal, you can see them reaching for Garland with the third pick, or potentially even trading down to select the point guard. With Irving reportedly “open” to teaming up with former running mate LeBron James in L.A., this could be more of a possibility than we previously thought.

After all, this is the Knicks we’re talking about.

While Garland might not be an ideal pick for the Knicks at three, he does possess an interesting skill set that could translate nicely in the NBA.

In five games before suffering a season-ending injury, Garland averaged 16.2 points, 3.8 rebounds, and 2.6 assists on 53.7% shooting overall and 47.8% from three. He’s by no means a physically imposing guard—Garland is listed at 6’2”, 173 pounds—but shows natural ability to get into the paint off of his dribble drive and create for others.

He plays a team-oriented style of basketball, which is refreshing when you consider the isolation style most guards play in today’s NBA. That’s not to say he doesn’t show a knack for isolation play, however. Garland possesses a strong handle and creativity around the rim, which allows him to finish over taller defenders with either hand.

Here's this to give you a quick idea of what Darius Garland can do shooting off the dribble. No clue on the whole being a PG thing but the ease, burst and handle in all this sure is something. pic.twitter.com/P8PLN0TJCz

Garland has a silky-smooth jump shot and can score anywhere on the court. In five games last season, he averaged a staggering 56.2% from the mid-range. His pull-up two is an instant bucket. Even more impressive is his 54.5% shooting on assisted threes, something that translates well in today’s pace-and-space NBA that requires spot-up shooting from all five players.

He’s Steph Curry–esque in this regard—while he has the body, handles, and vision of a point guard, he has the ability to play off the ball like a 2 guard. He’s drawn comparisons to Portland Trail Blazer Damian Lillard. Like Dame, he’s not necessarily an explosive athlete, but he has a quick twitch ability and all-around feel for the game, which makes him difficult to guard in space.

If the Lakers keep their pick, should they draft Darius Garland?

Garland is adept in the transition game, which bodes well in today’s high pace league. Off of a rebound, Garland is a threat to either take the ball coast to coast or pass the rock ahead for an easy bucket. His vision and basketball I.Q. give him the ability to see plays before they even develop.

There aren’t many holes in Garland’s game, at least according to limited sample size. But therein lies the problem—injury concerns have made Garland somewhat of a mixed bag. At 173 pounds he’s very light, but that can certainly change under the vigilant eyes of an NBA training staff.

While Garland is slight in size, he is actually a willing defender. He has quick hands and doesn’t back down from his opponent. However, he will need to gain size and strength to defend on a consistent basis in the NBA.

Garland has shown impressive vision for a young player, but his 0.86 assist-to-turnover ratio in limited playing time does raise eyebrows. He can get reckless with the ball at times, and that will have to change against the variety of bigger, faster, and more cerebral opponents the NBA has to offer.

Considering David Fizdale’s “position-less” approach to offense, Darius Garland could be a solid fit on the Knicks. Coach Fiz isn’t afraid to go small, and playing him next to Dennis Smith Jr. can provide the Knicks with a 1-2 punch in the backcourt with complementary skill sets. Smith Jr. is far more of a physical specimen than Garland and could be the driving force to the basket while Garland plays off the ball. Garland and Smith can take turns running the offense, a concept that, admittedly, would work far better if DSJ develops a consistent jump shot. But Garland is essentially a shooting guard playing in a point guard’s body, so he could be a fit at the one alongside a bigger distributor.

Last year, the Knicks lacked both a creative, go-to scorer and competent three-point shooting. Garland checks both boxes. If the Knicks do decide to trade down from the third spot, Garland is certainly an enticing option. Most have him pegged going to the Phoenix Suns at six, but if the Knicks think he can be the next Lillard, they might want to consider swapping picks with Cleveland, who drafted their own point guard of the future last year in Collin Sexton and need a legitimate wing scorer like Barrett, or the Lakers, who have Lonzo Ball and the ball-dominant LeBron James, and continue to pile up additional first-round picks.

»READ: Rui Hachimura could be a nice draft-day trade return for the