David Fizdale’s Early Rotation Has Been All Over the Place 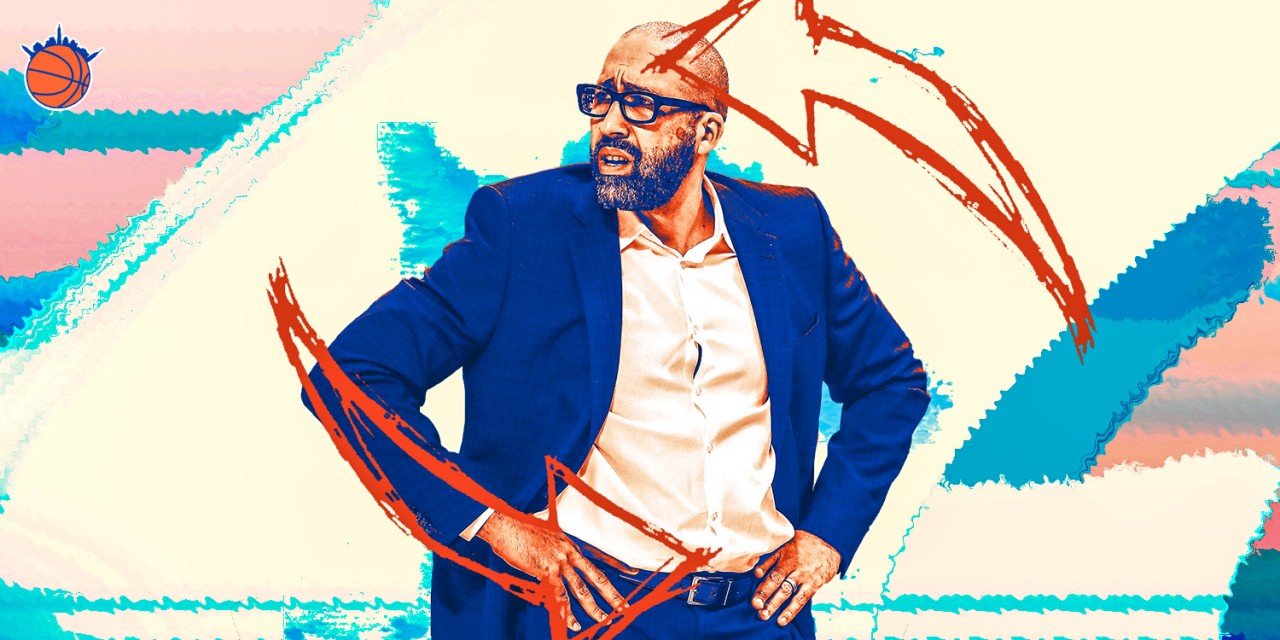 The Knicks finally won a game on Monday, but David Fizdale’s rotation has been questionable. Here are a few adjustments he can fine tune.

Four games into the 2019–20 regular season and the rotation continues to be a talking point. Yes, Frank Ntilikina’s lack of playing time has been a focal point, but each game has had its own talking points surrounding David Fizdale’s usage or lack thereof; after Kevin Knox citing a “brutal” training camp battle, the Knicks have proven that to be true with their shuffling of players.

The result has been a 1-3 start and a bit of frustration among the fan base. I would grade Fizdale a “C” so far. It’s tough to balance out the new additions, but he’s also been solid at not extending anyone too far. After using 30 different starting lineups in 2018–19, Fizdale is still trying to figure out his platoons and his offense/defense pairings.

Disclaimer: The sample is still unbelievably small, so while we won’t look exactly at offensive and defensive ratings, we’ll just take glances at the minutes.

The two lineups that have played more than 20 minutes, prior to game four against Chicago (via NBA Stats):

Despite David Fizdale citing an open competition for the rotation, New York has been built around three players—R.J. Barrett, Marcus Morris, and Julius Randle.

Barrett has been a revelation as a rookie—playing good defense, getting to the basket at will, and even impacting the game without the ball in his hands. Morris and Randle have been mixed bags. Morris is the better defender, but Randle offers that extra element of creation on that short roll. Both have had issues as isolation scorers, often holding the ball for too long.

Fizdale shuffling through the big man, starting with Bobby Portis

Whether it’s getting the regular-season start due to Mitchell Robinson missing the game with injury, or being the catalyst in their first win of the season with 28 points, 11 rebounds, and four threes, it certainly feels like Portis is lining up to be Fizdale’s first big man off the bench moving forward.

Portis getting that role matches what both he and Fizdale said in the preseason, with Portis filling a “sixth man” role. Still, it’s a bit of a surprise to see Portis get the majority of those big man minutes, due to his lackluster defensive value. That was where Gibson was to come in and provide value. Yet, Gibson played just five minutes against Boston.

Between Portis, Gibson and Kevin Knox, Fizdale has to balance Portis’ offense, Gibson’s defense and the need for playing time for the second-year forward Knox. Some of this is quelled by playing Knox at the three and Portis at the 5, but for now, it seems like Portis will receive the bulk of playing time when a big man is needed.

Elfrid Payton comes out on top of Fizdale’s backcourt shuffle

Among all the backcourt players on the roster, Elfrid Payton has seen the most minutes alongside Barrett, playing 90 minutes together. Despite that early start, it still feels like the point guard race is wide open. Now, with Dennis Smith Jr.’s play and the tragic loss of his stepmother, Frank Ntilikina could be the beneficiary of a banged-up backcourt.

Behind Barrett, Wayne Ellington, Trier, and Damyean Dotson have all seen minutes, with Dotson receiving late-game blowout minutes. It’s been a hodge podge at backup shooting guard, with Fizdale using players depending on what he needs. Both Ellington and Trier have been featured alongside Barrett, but Trier also saw time at point guard.

This will only shuffle more as Dotson gets into game shape and Reggie Bullock returns from injury.

The Boston game stands out the most here. As Robinson dealt with foul trouble and Kemba Walker and Carsen Edwards danced through the Knicks defense, Ntilikina was nowhere to be found, while Gibson played just five minutes. While New York has several talented offensive players throughout the roster, the defense leaves a lot to be desired.

We briefly discussed Ntilikina’s defensive value and his chance to get more minutes, but Gibson offers a similar skill set for the team’s big men. Playing alongside Randle, Morris, or even Knox allows Gibson to serve as protection for their defensive miscues.

As Fizdale continues to shuffle the rotation, two ideas come to mind. One feels very possible, while the other feels like a bit of a long shot.

Wayne Ellington makes a ton of sense to start alongside Barrett if the Knicks wants to continue to use Barrett as a lead ball-handler. Ellington gets the nod over Trier because of Ellington’s use as a standstill shooter and scrappy defense the last few games.

Kevin Knox seems unlikely to get a start over Morris, but in this early season experimentation, I wouldn’t be against it. Knox has worked well as a shooter, with intrigue as someone who can put the ball on the floor. In all honesty, Knox should see more time as the pick-and-roll ball handler and working off dribble handoffs, allowing him to attack off the dribble.

His defense makes it tough, especially playing off the likes of Julius Randle, but Knox has made positive strides and continues to string together positive performances. A start would reward him; giving him a larger role and more responsibilities would allow New York to see what they have in the second-year forward.

It’s still early for David Fizdale and New York’s rotation. Portis’ performance against Chicago will change his numbers, Julius Randle’s recent slump will affect his. After impressing Fizdale with his performance, Frank Ntilikina is (finally) destined to get his shot into the rotation. These numbers will continue to change.

However, there are some small things to take away from Fizdale’s early season moves. The main four starters appear to be Barrett, Morris, Randle, and Robinson when everyone is healthy. Bobby Portis has a leg up on Taj Gibson as the first big off the bench, and R.J. Barrett’s role as a point guard or shooting guard will impact whether or not Fizdale will use a point guard.

We have 78 more games to go, but if there’s anything to take away from the early games, it’s that Fizdale is open to shuffling the rotation. That should keep things interesting throughout the season.

»READ: Wayne Ellington’s outside shooting will find a home on the Knicks