David Fizdale Shrugs Off Blame as Losses Mount Up for Knicks 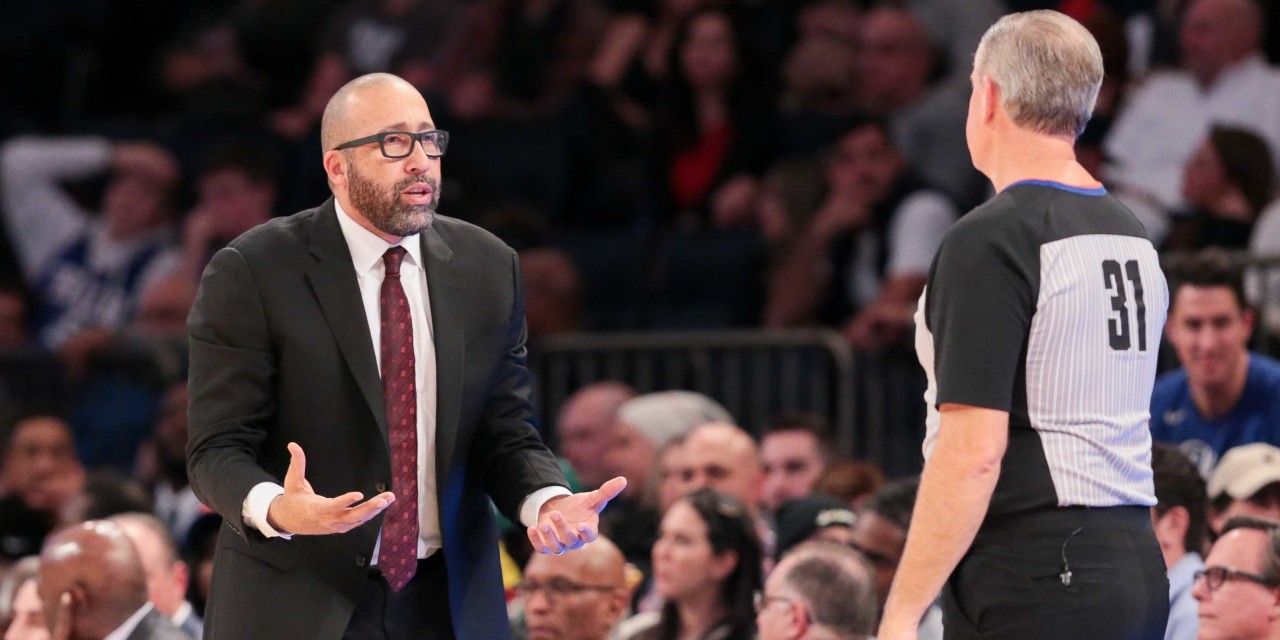 Knicks head coach David Fizdale is staring into the abyss amid another lengthy losing streak, but he doesn’t appear to be concerned about his job.

NEW YORK — New York Knicks head coach David Fizdale was despondent following the latest blowout loss—this time at home to the Denver Nuggets—but not concerned on Thursday about his job security, which has grown increasingly unstable in recent weeks.

The Knicks are on an eight-game losing streak, with recent defeats downright embarrassing. Little or no fight has been seen in what was supposed to be a rebuilding year, yes, but one where newcomer veterans would guide the way for New York’s younger players to flourish down the road.

“Nobody’s happy about what just happened … to their credit they’re owning it,” Fizdale remarked after Thursday’s 129-92 loss to the Nuggets. “They understand, we got to get better at getting the three-point shooters. We cannot keep allowing these teams to shoot clean threes. It’s blowing games open for them. We’ll keep working on our closeouts, keep working on our rotations, we’re going to keep watching film and at some point we’ll get our breakthrough.”

New York gave up 21 three-pointers to Denver yesterday, with the 15th-best outside shooting team taking advantage of very lax perimeter defense from the ‘Bockers.

Attention from Thursday’s blowout quickly shifted towards Fizdale’s job, however. Although the former Miami Heat assistant is only in his second year as Knicks head coach, with two years after on his contract, the walls are closing around Fizdale due to the 2019–20 season being off to a worse start than last year.

Fizdale was quick to defend his players and himself and the not-so-subtle mounting pressure building underneath the surface of Madison Square Garden.

“I’m still coaching this team, I’m still pushing them, I’m still preparing them. We had a hell of a practice before this game, it’s just disappointing output.”

When Fizdale was reminded about an earlier comment about using the Nuggets matchup to answer the “bell,” his message was simple: “We did not answer the bell, that’s for sure.”