Is It Too Early for David Fizdale to Be on the Hot Seat? 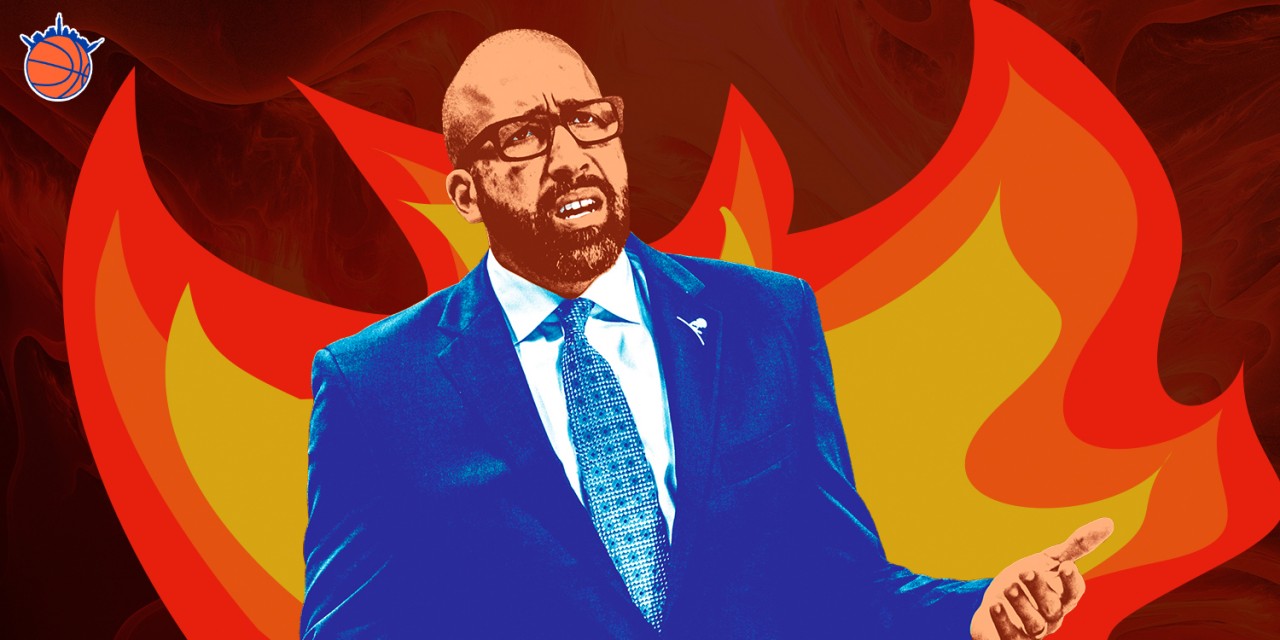 Knicks head coach David Fizdale is not striking a chord with the team, exemplified by their 1-7 record. However, it’s not time to panic yet.

The Knicks are eight games into a season with only seven players returning from last year’s squad. The roster is a weird mix of youngsters with just a couple years of NBA experience and journeyman veterans and the coach is in just his second season with the team.

Everyone, take a deep breath. Relax.

The start to this season hasn’t been much fun. A 1-7 record is far from ideal for a team focused on winning. A lot of bad basketball has been played and a lot of the blame has fallen on head coach David Fizdale. The unsuccessful and occasionally unwatchable brand of basketball the Knicks have played so far has led to many fans calling for Fizdale’s termination.

Is it too soon in the season for Fizdale to be on the hot seat?

Those eagerly waiting for Fizdale’s pink slip have their reasons. Fizdale has made plenty of questionable decisions so far this season. It seems as though he has a lineup change or quote that makes us all say “huh?” for every game.

Benching Mitchell Robinson, the team’s best defender, to help Julius Randle find his groove on offense didn’t make sense. Moving young wings Allonzo Trier and Damyean Dotson in and out of the rotation—often finding no minutes for them in multiple games—doesn’t seem smart, either.

Letting 19-year-old rookie R.J. Barrett play the most minutes in the league is somewhat unsettling. Playing him 41 minutes in a blowout loss is inarguably dumb. So is citing Latrell Sprewell, who didn’t play professionally until he was 22 years old, in defense of the decision.

"We gotta get off this load management crap"

Bringing Frank Ntilikina, the team’s best perimeter defender and only available point guard, off the bench against the Orlando Magic because of fear of him getting into foul trouble and then starting him against the Boston Celtics to put him on Kemba Walker the very next game was head-scratching.

Fizdale certainly hasn’t shown any evidence of being a top tier coach. But with the Knicks’ current situation, not many others would.

For starters, this team isn’t used to playing together at all. The three leaders in field goal attempts per game (Barrett, Julius Randle, and Marcus Morris in that order) haven’t played a single game with each other prior to landing in New York.

Wayne Ellington is playing with a totally new group of players as well. The same goes for Elfrid Payton, save for last year when he played alongside Randle in New Orleans. Taj Gibson and Bobby Portis played together in Chicago for two seasons (most previously in the 2016–17 season), but haven’t played with any other Knick before this season.

This roster still has a lot of chemistry to build. Whether or not it will actually be built remains to be seen, but eight games aren’t enough for a team with a lot of new pieces to fire on all cylinders.

When it comes to rotations and lineups, Fizdale always zigs when everyone expects him to zag. He has made several puzzling decisions thus far, such as selecting Trier as Barrett’s backcourt partner in the starting lineup in the first game. He seems hellbent on always having Randle and Morris start together despite their games not complementing each other.

Fizdale’s lineup decisions usually don’t play out well, and it makes all the sense in the world for him to err on the side of starting/playing as many young guys as possible to develop them, but it’s not that simple.

Fizdale has to balance young players that are believed to be the future of the franchise and veterans who are seeking to find their place in the league and/or playing to goose their next paycheck. All under the pressure-packed spotlight from fans, local and national media, and his players (per Ian Begley).

“No matter who he plays on a given night, there will be several players left out of the rotation who came into the season expecting to play. So it shouldn’t be a surprise that … there has already been some grumbling about minutes/roles.”

Focusing on the future could lead to angering the vets, potentially ruining the locker room. Leaning too much in the vets could hamper the development of the youngsters. Fizdale remains stuck between a rock and a hard place.

In addition to playing time, a lot of criticism aimed at Fizdale pertains to the team’s overall performance. But to remind everyone: the general expectation was that this Knicks team would be more competitive than last year’s team, but still not that good. That’s exactly what’s played out so far this season, even if the record doesn’t show it.

Yes, the last two games were an abysmal performance against the Sacramento Kings and a second-half collapse against the Detroit Pistons. But the Knicks have also competed with playoff-caliber teams. They held fourth-quarter leads in their losses to the San Antonio Spurs, Brooklyn Nets, and Orlando Magic.

They lost to the Boston Celtics twice, but one game was on the second night of a back to back and another was lost on a last-second shot from Jayson Tatum. In the former, they were down by just six points entering the fourth quarter.

Closing out close games is certainly a weakness of the team right now but given the players’ minuscule experience playing together, it’s nothing to flip out at.

Fizdale also sees the problems this team has and is working to fix them. He quickly recognized the lack of ball movement on offense and established a target of 300 passes per game.

He’s seen Randle’s struggles and is working on solutions. He’s doing the same with the Knicks’ constant turnovers. After the team committed 17 or more turnovers for three straight games, they’ve kept it to 13 or less in the last three games.

The dialogue about Fizdale is that he’s presented with obvious decisions but isn’t making them and that he should be consequently fired. It’s true that Fizdale has made numerous mistakes that everyone could see coming but now might be too soon to give him the boot.

With such a new, weirdly-constructed roster, Fizdale is making adjustments to make the Knicks as competitive as they can. This season is proving to be more of a project than a sure-fire improvement over last year’s 17-win squad. It’s understandably frustrating, but rebuilds require patience.

The cards Fizdale has been dealt aren’t that good, but he also hasn’t played them as well as he could have. Although it’s clear he isn’t a great head coach, giving him a little more time to figure this situation out could benefit the team.

»READ: Diving into R.J. Barrett’s awesome start to the season