David Fizdale: A Year One Performance Review of the Knicks Coach 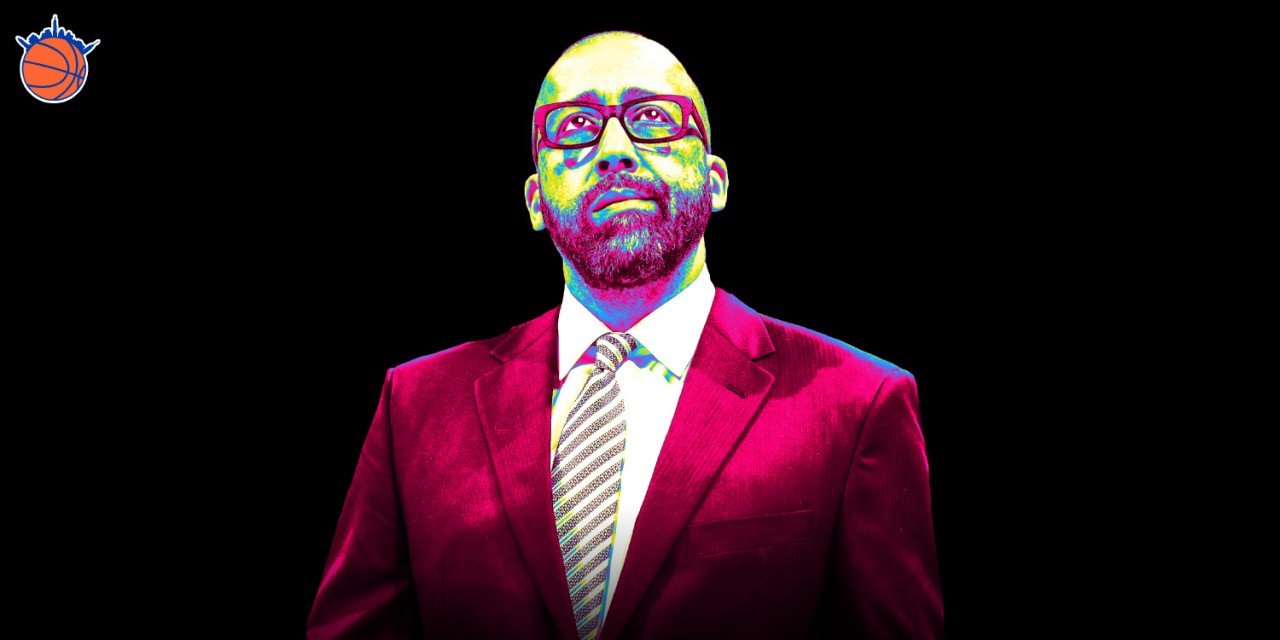 David Fizdale wasn’t handed a Warriors roster like Steve Kerr, and it’s been a mixed bag for the first-year Knicks head coach. How’d Fizdale do?

The Knicks’ season is wrapping up—if you haven’t checked the standings over the last three months, it was a pretty horrendous one. It’s fairly easy to critique the players. But last offseason’s highest profile acquisition doesn’t actually play significant minutes.

Actually, he plays none at all. He doles them out.

David Fizdale was, by and far, the biggest name to associate themselves with the Knicks’ lost year. His “position-less” offense was talk of the city—and his player-friendly approach was certainly a far cry from Jeff Hornacek’s aloof, old-school style of coaching. But as you can see, the change in philosophy didn’t amount to much. Actually, it amounted to much less.

David Fizdale inherited a bad situation—a Bush to Obama handoff, if you will. That doesn’t necessarily exempt him from criticism. Let’s take a comprehensive look at what Fiz did—and didn’t do—en route to the worst season in New York Knicks history.

And that alone is a feat in itself.

For starters, it’s hard to give Fizdale anything lower than a B- for his team’s style of play. Basically, everything Fizdale does is an extension of what most of the league does, anyway.

On offense, Fizdale has implemented a “position-less” form of play: spread the floor, run high pick-and-rolls, and above all else, play fast. Unfortunately for these Knicks, it’s easier said than done.

While the Knicks attempt to play fast, they actually rank at the bottom of the league in pace. Fizdale has clearly made a concerted effort to play at a speedy tempo, yet it hasn’t necessarily translated on the court. This is, however, mostly due to New York’s dearth of talent. We’ve seen Fiz encourage players of various positions to push the ball up the court upon a rebound—whether that be from the traditional point guard position, a young wing player like Kevin Knox, or courtesy of a versatile big man like Noah Vonleh.

One of the troubling aspects of the Knicks’ offense, despite an apparent lack of talent, comes from the team’s underwhelming assist numbers. New York, unsurprisingly, ranks dead last in the NBA in team assists per game—a stat that directly correlates with the team’s futility. Poor basketball teams don’t pass, plain and simple. The Knicks’ best passer (at least according to Fizdale), Emmanuel Mudiay, only averages a paltry 3.9 assists per game. Hardly point god numbers.

In Fizdale’s free-flowing offense, it is understandable for an attacking point guard to average single-digit assists. But as a primary ball handler with a near-25% usage rate, one would expect better passing stats. Fizdale has told Mudiay to stay aggressive, yet dribbling into the paint without any plan of attack has seemed counterintuitive at times to the overall production of the Knicks’ offense. One saving grace for Fizdale is his team’s dearth of shooting. He can’t magically make his team make shots, so the onus is on the players in that regard. Still, the offense, despite Fiz’s modern NBA principles, remains a stagnant attack the majority of the time.

Again, this comes down to having a certain crop of players—something Fizdale recently insinuated wasn’t the case—but the Knicks this season have been downright atrocious on defense. Surprise, surprise, they rank third-worst in the league in defensive efficiency with a 113 Defensive Rating. They have, by and large, played what Clyde Frazier likes to call “Matador Defense”—seemingly letting any penetrator get into the paint with ease.

One saving grace for Fizdale has been the implementation of the zone defense in spots. Fizdale has stated that he wants to play a heavy switch-oriented defensive style, but doesn’t have the players to do so. As a result, he’s utilized the length, size, and speed of his young players in the zone—at least on occasion. Obviously, playing the zone isn’t a sustainable defensive scheme in the NBA, but it has showcased Fizdale’s ability to adapt to his player’s strengths. This could bode well for Fizdale with a better roster, but as of now, the Knicks remain in the mud in terms of defensive intensity, I.Q., and schematic execution.

Despite a flawed roster, Fizdale had the opportunity to flash some of his coaching acumen with a solid rotation. Unfortunately, he failed to do even that.

Fizdale’s rotation has been all over the place. Sure, having some bona fide players to round out a starting five would be ideal, but Fizdale seemed to underwhelm when it came to maximizing the players he does have. Between his infatuation with Emmanuel Mudiay, a seemingly contract-driven allegiance to Tim Hardway Jr. at the beginning of the season, and a wonky bench rotation that never found its footing, Fizdale seemed overmatched when it came to playing the best players on the team.

It’s tough to give him an F, mostly because of the Knicks’ dearth of legitimate talent, but it seemed like Fizdale underwhelmed when it came to putting a cohesive unit out on the floor at all times.

If there is one saving grace for Fiz, it’s his ability to develop players—something he was lauded for as an assistant on the Miami Heat. His work with Mitchell Robinson, Kevin Knox, Allonzo Trier, and even Emmanuel Mudiay has been a silver lining on an otherwise lost season. He’s managed to instill confidence in his young players, and the results have translated on the court (but not in the win column). His young players have, by and large, responded to his and his coaching staff’s advice, and it appears that Fizdale has a way with getting through to the New York neophytes.

Another area Fizdale has shown positively in New York is his ability to connect with his players. This is was made him an attractive option to the Knicks brass in the first place—and something that can ultimately play a huge role in the acquisition of free agents.

Fizdale is a modern coach, in terms of connectivity, and young players can simultaneously respect him while maintaining a friendly relationship with the brash young coach. In today’s NBA, most teams play the same style of offense, so having a player’s coach like Fizdale could make the ultimate difference in the long run, at least in terms of players buying in.

The only caveat with Fiz, however, has been his wishy-washy relationship with his European big men. After a very public fallout with his last star player, Marc Gasol, Fizdale has managed to ruffle the feathers of Enes Kanter (maybe . deservingly so) and the team’s former cornerstone, Kristaps Porzingis. While it is certainly up for debate if Fizdale is in the wrong (he did, after all, fly out to Latvia to develop a relationship with KP), he still has displayed a disconnect with certain players. Only time will tell if Fizdale will continue to have issues with some of his players going forward.

»READ: Is David Fizdale living up to his defensive mantra?

»READ: Fizdale, the Knicks, and searching for identity