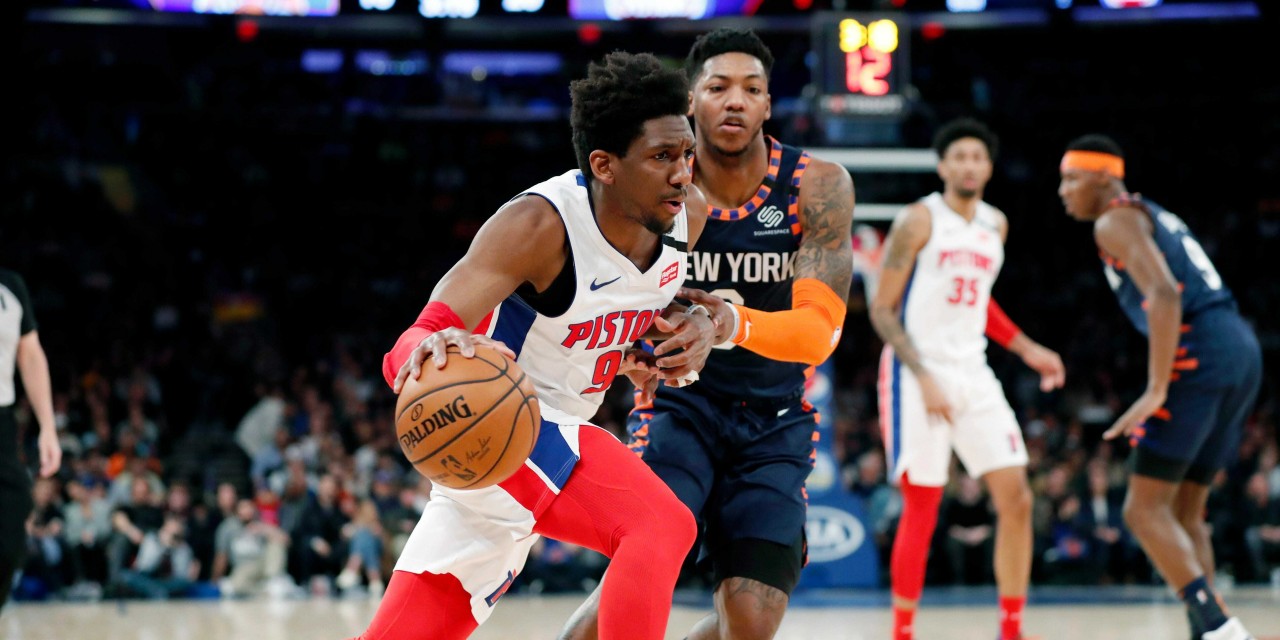 The skeleton crew of the current Pistons squad was no match at the Garden for a defensive-focused Knicks team ahead of their road trip.

The New York Knicks defeated the Detroit Pistons (20-45) by a final score of 96-84. For the Pistons, Christian Wood finished with 22 points and eight rebounds, while Elfrid Payton finished with 16 points, five rebounds, and six assists for the Knicks. With the win, the Knicks snap a two-game losing streak and move to 20-44 on the season.

This game was a snoozefest, to be honest. It felt like a game between two teams ready for the season to end. With Andre Drummond now a member of the Cleveland Cavaliers, Markieff Morris and Reggie Jackson off to Los Angeles teams, and Derrick Rose injured, Detroit felt like a skeleton crew of players and it showed on offense.

Unfortunately, the Knicks weren’t that much better. The shooting was nonexistent from both teams in the first half, and even with Payton running the show, the offense was mucked up by a lack of spacing and shooting. It’s been a bit of a theme all season, but the lackluster spacing was on display in this game.

As such, this game was about defense and who could limit the opponent to the least amount of scoring chances; in this, New York was the victor. The Knicks held Detroit to 36.2% shooting and an even worse 28.9% from three. Whether they got into the paint or took shots on the perimeter, Mitchell Robinson and Frank Ntilikina were there, setting the tone defensively.

By the end of the third quarter, New York found a solid rhythm on offense. Julius Randle found the lane and garnered a few free throws and easy buckets, but it was the combination of Wayne Ellington and Reggie Bullock opening up the floor. While the duo only combined for two made threes, both players sharing the floor created several lanes for scoring for New York’s bigs.

It was a good win, and much needed for a team that dropped two games to playoff teams. Getting to 20 wins this year was solid, as it almost assures the Knicks won’t have back-to-back 60 loss seasons. Improvement, one would say. Anywho, let’s take a look at the notes and some random Knicks thoughts.

The Knicks go on their Southeast Division three-game road trip on Tuesday in the nation’s capital.