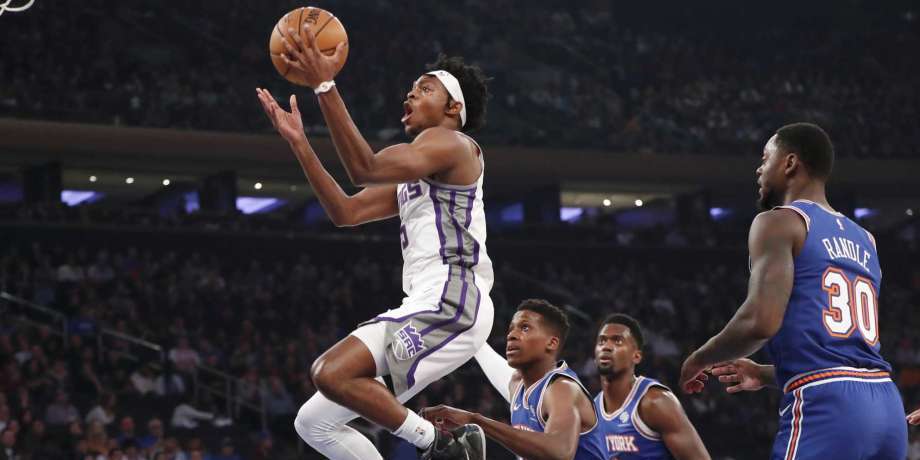 The Knicks fell into an unescapable early deficit to the visiting Sacramento Kings on Sunday evening, with little brights spots for a change.

The New York Knicks (1-6) were blown out by the Sacramento Kings (2-5) by a final score of 113-92 on Sunday. Sacramento led for the entire second half, with the Knicks only cutting the Kings’ lead to 18. Rising star point guard De’Aaron Fox finished with 24 points and six assists for Sacramento, while Marcus Morris led the Knicks in scoring with 28 points and chipped in six rebounds and two assists.

It felt like a disaster from the start. With Mitchell Robinson dealing with a sprained left index finger, head coach David Fizdale went for an audible, deciding to move Robinson to the bench for Bobby Portis. The thinking was that Portis’ ability to space the floor would create more opportunities for Julius Randle on offense. That, in fact, did not help.

Sacramento saw the trio of Portis, Julius Randle, and Morris and went to work. Fox had his way with New York’s defense, weaving in and out of the lane for quick flip shots, shuffling New York’s bigs as he got to the lane and forces Frank Ntilikina to overcommit, resulting in an early break with two fouls in the first quarter.

Are Fox goes, the Kings go.

Sactown ended up finishing with 48.2% shooting and more importantly 38.5% shooting from three-point range. Buddy Hield did most of the work beyond the arc, but Sacramento finished with six different players making at least two threes. As the defense broke down, the Kings were able to capitalize with strong outside shooting.

The post players for the Kings was more infuriating for the Knicks. The combination of Richaun Holmes and Nemanja Bjelica did a number on New York’s frontline. Holmes (14 points, 10 rebounds) was a ball of energy, attacking the rim at every chance. Nemanja Bjelica (10 points, six assists) did it more on the passing end, running the offense brilliantly on the weak side.

Let’s go to the notes.

The Knicks will travel to Detroit to face the Pistons on Wednesday, November 6th. Tip-off is set for 7:00 p.m. EST.

»WATCH: R.J. Barrett, the silver lining vs. the Kings

»READ: Could R.J. Barrett be the Knicks’ answer at point guard?