Defining and Reviving The Mecca: What Is ‘New York Basketball?’ 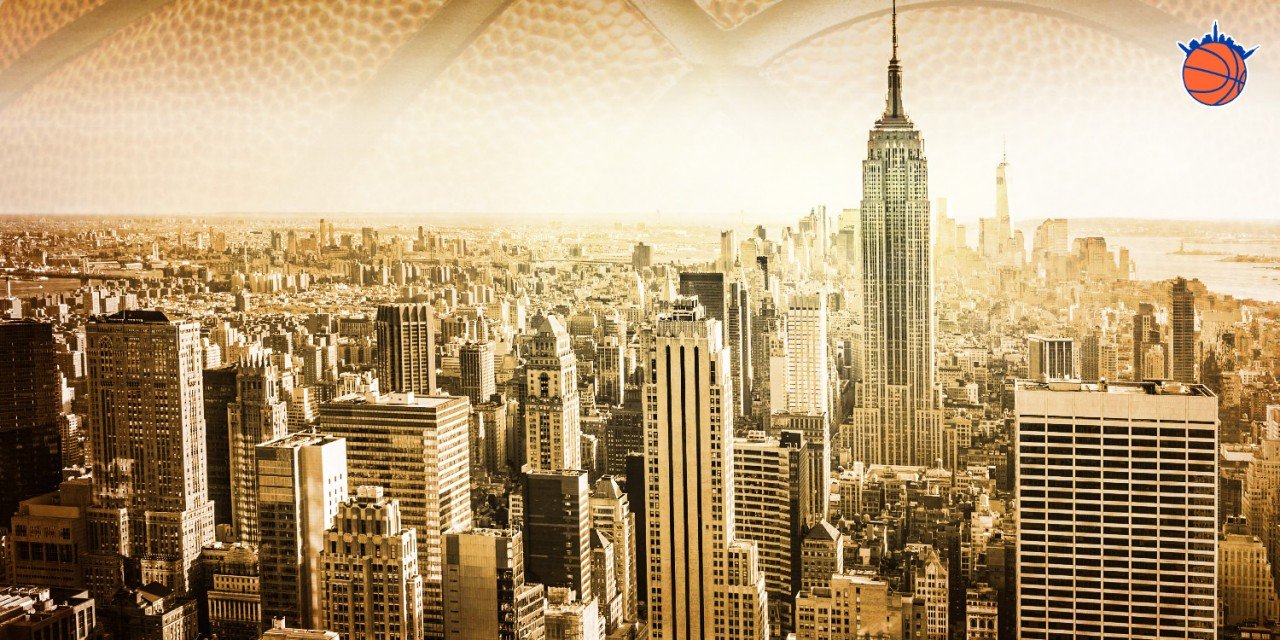 Word on the street is that New York Basketball is going to make a comeback—as soon as this summer. What does that really mean, though? How much weight does it hold in the modern NBA? Most urgently, which superstar has the style compatible with such a daunting rebrand effort?

As the Marxist philosopher Walter Benjamin saw it, “to articulate what is past does not mean to recognize how it really was. It means to take control of a memory.”

As Terror Squad saw it, Fat Joe would be able to switch between Kenny Anderson and Stephon Marbury on defense. In this specific instance, it’s all the same thing.

New York Basketball, proper noun, is both a market-made concept and a vivid, beautiful ideal. Every city claims its players are bred hard-nosed hustlers and concrete scrappers; you can hear the very same script from fans in Chicago or Detroit or Philly. Similarly, Angelenos would love to hear your argument about New York players under the spotlight and the big stage and all that. The league makes a lot of money off of engaged basketball fans living in the most populous American city, and when the team there flat-out sucks, you more-or-less need to sell vibes. New York is The Mecca because, well, respect the history.

But New York Basketball is also a collective past. It’s a community of shared experiences, a vehicle for understanding the space around us.

As corny as it sounds, and even if you know it’s a trick, New York Basketball emerges as something genuine and palpable. Kind of insane that it can still be rolled out as a primary selling point for 2019 free agents; even more insane that it justifies seeing Emmanuel Mudiay/Luke Kornet pick-and-rolls on national television slots. But it is a real thing, because we made it one. And, if the franchise doesn’t finger-roll it, it’s about to return in full force.

With the weight of history behind this summer, it’s clear that the New York Basketball demigod would be Kyrie Irving. The city has spawned All-Star point guards across generations (Tiny Archibald, World B. Free, Mark Jackson, even Stephon Marbury out in Coney Island). Yet its basketball team has been cursed at the position for what feels like three eternities. The last decent Knicks point guard was…Raymond Felton? Nate Robinson? Chris Duhon?! Sorry, that exercise will end right now.

New York Basketball, above any other stylistic factor, is partial to good handles. “Tricky Strick,” Jamaal Tinsley, Sebastian Telfair, Rafer Alston, even God Shammgod indelibly influenced the way we watch the game. Irving, with the sharpest dribble in the sport, would endear himself to the Garden faithful from the very first crossover.

Irving grew up in nearby West Orange, N.J. Kemba Walker, meanwhile, is from The Bronx. Either one is a cozy narrative fit. The vibes—those sweet, sweet New York vibes that somehow always smell like smoked whitefish—they’re calling for a superstar floor general to lead this comeback. No matter what, the Knicks will be accused of “buying” back into contention. They might as well stay on-brand.

What do brands matter in today’s NBA? The confluence of social media and increased player movement has allowed us now, more than ever, to sort teams by identities. As the league experiences a decade of renewed popularity, the Knicks remain one of the last franchises to earn a contemporary reputation.

So, back to Walter Benjamin. We remember what we elect to remember, and we will remember winning above all else. Kevin Durant could walk in as an outsider and walk out as the damn mayor. Zion Williamson could be the epitome of New York Basketball, unless it turns out he isn’t at all. Carmelo Anthony joined the hometown Knicks in his prime, tracing the narrative steps of his idol Bernard King, and it won’t end up remembered too sentimentally.

Maybe the real lesson here, if there even is one, is that the outcomes always justify the processes, and everyone just wants their city to be declared the big winner. New York is the biggest city, and it’s been lightyears away from winning, so we have to assign meaning to keep enjoying this. Maybe this right here is New York Basketball: a neurotic, obsessive love for the game, and a real love/hate relationship with skyscraper expectations.

Whoever does eventually revitalize New York Basketball and delivers a title will get to define what this massive force really looks like, what it really means. I think it’s thrilling to consider that responsibility, that identity, being assumed in real-time this offseason. Whoever it is, we’ll find a way to connect the dots and keep Pun knocking through your speakers.