A Definitive Culture Shift Is the Aim of 2019 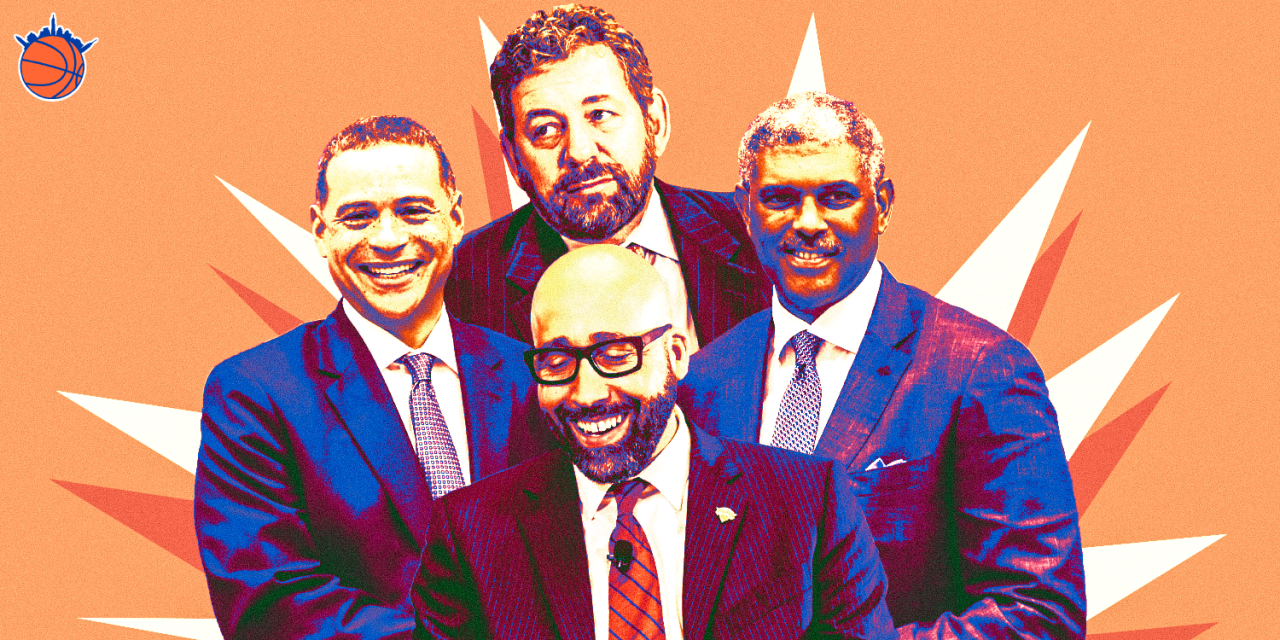 Overcoming years of mismanagement and at the dawn of a turnaround era, the New York Knicks are poised to bring lasting cultural change to their organization.

Building the culture. That was the mantra for the 2018–19 season. Before the Knicks could dream of attracting big fish, they had to drain the swamp. David Fizdale—wiser from his first attempt at culture building in Memphis–was ready to build that championship foundation. Scott Perry was hard at work tearing down the old one.

“With time, people will see that is a different New York Knicks,” Fizdale told The Undefeated in July. Word association with the Knicks prior to this year would draw unpleasant adjectives. If you were to describe an average Knick from the past 10 years, the words “washed” and “overpaid” would come up a lot.

This is the reputation the team has desperately looked to shed with a full cleanse from the Zen era. The conclusion of the Joakim Noah saga dawned a new day. Noah represented everything that has plagued the Knicks for the better part of two decades. He was who you thought of when asked what a prototypical Knick was: a guy well past his glory days with a massive paycheck.

Noah not only added little value on the court (when he was on it), but we recently learned he was worse off the court. He dealt with the same problem J.R. Smith ran into during his tour as a Knick—the city was too “lit” for him. Noah’s partying became such an issue the young guys were told to not go out with him.

The Noah nightmare was a byproduct of trying to solve losing with a blank checkbook. After years of failure, the thought process has finally shifted to something more stable. Steve Mills has commissioned Perry and Fizdale to build a new Knicks. The over-the-hill, overpaid veterans are a thing of the past. In their place has been an infusion of young gym rats. The veterans who do remain echo this tireless work ethic.

No longer does the front office have to worry about their youngsters tearing it up with their free agent bust at Marquee. Now they can sleep well at night, knowing the future is hard at work. Kevin Knox and Mitchell Robinson have become workout buddies. Tim Hardaway Jr. is a regular at Chris Brickley’s gym, as are Allonzo Trier and Frank Ntilikina. All these guys enjoy the process and grow together.

The team has done their part to build better work environment. Fizdale has put a strong emphasis on educating his players on proper rest. To facilitate this change, Fizdale has pushed practices back so players can get better quality sleep. He has brought in experts to enlighten players on the payoff of taking care of themselves.

“It’s everything,” David Fizdale told Mike Vorkunov of The Athletic. “We actually do a lot of education about sleep with our guys because everything is happening in your sleep—the healing of your brain, the healing of your body, the growth of muscle. That rest affects reaction time, decision-making, all of those things. We really stress it to the guys. We try to teach them the things that will affect their sleep and hurt their sleep.”

Better work environments optimize productivity. The losses have piled up like student loan bills this season, but there is a stark contrast from this team and the 2014–15 team. That 17-win campaign was absolutely fruitless. The roster was riddled with past-their-prime veterans and an albatross of off-the-street signings. Hardaway Jr. was the only young piece on the team, but he was set up for failure with no structure or clear role.

This roster carries a different demeanor. The team chemistry has not been this strong since the glory year of 2013. Opportunity and redemption have been the main storylines. Noah Vonleh and Emmanuel Mudiay seemed to have found a home. Knox, Robinson, and Frank have visibly improved as the season has progressed.

There have been moments where the locker room has been tested. Most recently, an embarrassing loss in Utah was coupled with an Enes Kanter hissy fit. The team responded with a respectable performance in Denver against an elite Nuggets team. Ntilikina’s benching sent half the fan base into hysteria. Things in the locker room—from what we know—remained supportive of Frank.

Then there was Fizdale’s return to Memphis. The team made sure they got that win for their coach. They also tried in vain to get Mudiay similar vengeance, but the camaraderie was obviously there.

That is why messing with team chemistry in the quest for 2019 cap space is unnecessary at this point in time. Hardaway in particular has become an obstacle to the pipe dream of two max slots in free agency. He remains a safety valve for young guys on the floor—think of what Carmelo Anthony did for Kristaps Porzingis as what Hardaway does for Knox—and has been a positive leader off the court.

Conversely, the need to rid the roster of a possible problem like Kanter makes more sense. Kanter is by all accounts a nice guy. He is what he is on the court, and his usefulness on this team has run its course.

2019 remains a big year for the Knicks, even with Mills pumping the brakes on free agency. Perception is everything, and right now the Knicks have never looked better to the world. Kristaps Porzingis will be back at some point this year, adding even more appeal.

There will be some turnover in the coming months—most notably, Kanter and/or Courtney Lee. The important thing for Fizdale and company to continue to improve through the losses. Whatever additions come this summer will be stepping into an organization on the rise.

Rome wasn’t built in a day, and neither will this turnaround. There are still plenty of growing pains that await. But if there is one thing to take solace in it’s this; the Knicks are finally building with the proper blueprint.