Dennis the Menace: How Can Smith Jr. Reach His Potential in New York? 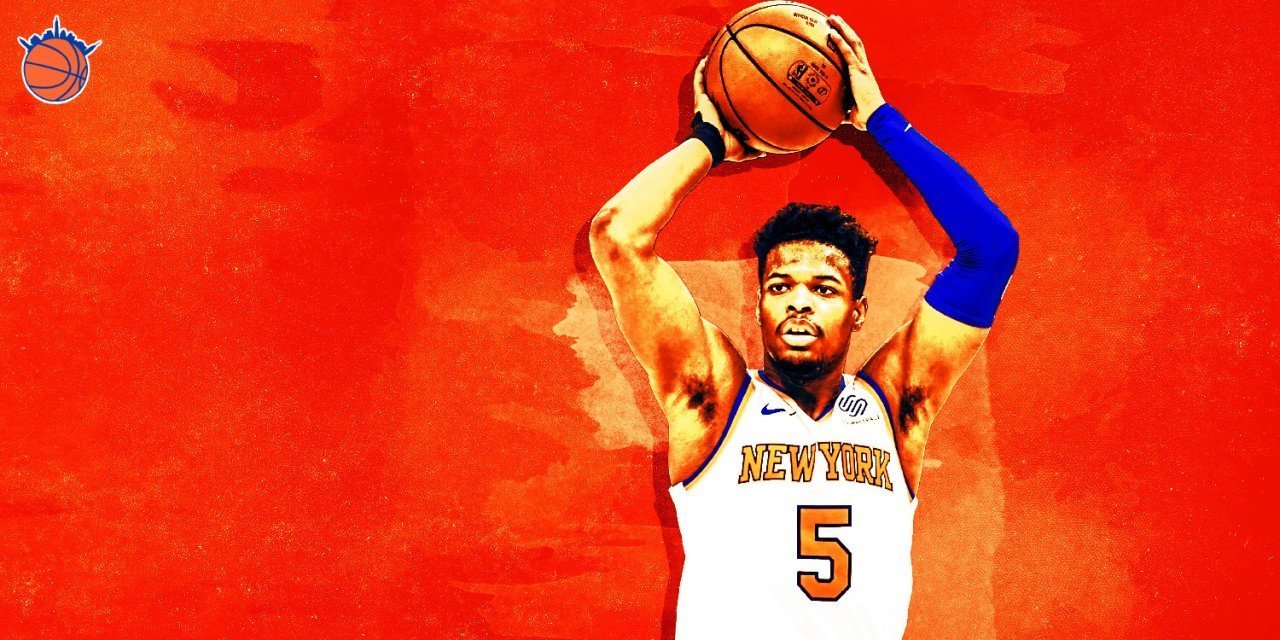 Dennis Smith Jr. has had a shaky start with the Knicks since joining them in February, but there are clear signs the Fayetteville native can grow into something more.

“He should be a Knick,” LeBron James told reporters last year. “The Knicks passed on a really good player.”

At the time it was hard to disagree with the assessment. Dennis Smith Jr. was the only thing good about the Mavericks last year, while Frank Ntilikina struggled to find consistent minutes in New York.

Smith Jr.’s fortune was short lived and turned much like Emmanuel Mudiay’s did in Denver when Jamal Murray was drafted. The Mavericks made Luka Doncic their guy and pushed DSJ off to the side. Despite the demotion, Smith was becoming a more complete player. His shooting improved across the board, as did his defense, thanks to being forced into the complementary role.

His promising progression did not improve his standing in the Mavericks’ future. He and Luka struggled to be effective. Rick Carlisle and Smith clashed over the former’s decision making. By mid-January, Smith stepped away from the team as it picked up the pace on finding him a new home.

That new home is the place LeBron, amongst others, felt Smith should’ve been since day one. His Knicks career has bounced into an exciting start. He is a new lottery ticket the Knicks hope to cash in.

David Fizdale’s laissez-faire disposition is the polar opposite of Carlisle’s structured attack. Under Fizdale’s freedom, Smith has been empowered with the responsibility he craved in Dallas. Before Smith can become a key piece of the future plans, there is work to be done.

One area in which Fizdale has already challenged his new arrival is conditioning. Fizdale brought that Miami Heat world-class shape mentality with him, and he does not feel that DSJ is up to his standards.

“I challenged him to get in much better shape,” Fizdale said. “I felt like the game before [against Minnesota], he was making a lot of mistakes out of fatigue. So, that was my big challenge to him.”

The challenge is not unique to Smith. Player wellness has been a major focus of the new regime this season. Proper sleep and nutrition have been heavily emphasized, tying into that world-class shape Fizdale wants his guys in.

In his following game against the Spurs, Smith responded to the challenge with his best game as a Knick. He played 30 minutes, scoring 19 points on 47.1 percent shooting to go along with 13 assists and six rebounds in a rare win.

His performance was a reminder of the  potential that lies within him. The Knicks are at a weird spot at the moment. The noise around Kyrie Irving and Kevin Durant has grown loud enough to put some stock in the thought of Irving in orange and blue. The team also has enough time to develop someone like Smith, who, if properly molded, can become special.

Thanks to his age—21 years old is that of an embryo in point guard years—the arrival of another guard isn’t a death sentence for his Knicks career. Smith has the potential to grow into the lead guard, as his 13-assist performance against the Spurs proved, and the energy to be a dynamic sixth man, should that be where the team needs him.

While the future awaits Smith and the Knicks, all energy should be put into the present. There are moments where DSJ carries that star aura, something you cannot say for majority of the roster. His showmanship has been a natural fit for Broadway. His athleticism is something Knicks fans forgot existed in point guards.

The next step for Smith is filling the potholes in his game preventing him from being viewed as a future star. His work as a distributor, a key concern coming out of college, has improved; his rapport with Mitchell Robinson has been fun.

His scoring at the rim has also improved, as DSJ is shooting a career-high 57.5 percent at the rim this season.  In his first month as a Knick, he shot 60.6 percent at the rim. This is where Smith will always have a home thanks to his upper-echelon athleticism.

Where Smith cannot rely on his physical tools is on the perimeter. He becomes an enigma the further outside the paint he goes. He is shooting 35.3 percent from the mid range, and 29.3 percent from three. The source of Smith’s shooting struggles could be found at the free throw line.

Free-throw percentage is a good indicator for marksmanship. Smith’s free throw numbers were improving in Dallas, which coincided with career-best shooting numbers. In New York, that percentage has plummeted like the Celtics’ team chemistry. Smith is shooting an arctic 56.6 percent from the line as a Knick.

For someone who has the ability to drive to the rim in the blink of an eye, being able to convert on free throws is crucial. The black eye on his career-night against the Pistons were the eight shots he failed to hit from the charity stripe. Smith’s poor free throw shooting could be traced back to suspect mechanics.

Whether you’re a Twitter armchair expert or Chris Brickley, it’s clear there is something funky with Smith’s release.

It’s as if Smith is holding the shot stick too long in 2K. The confusing thing is the pause at the height of release isn’t a constant.

Clyde said it best; there are times when DSJ makes it look so easy. But there are still times where he makes things tougher on himself. Strong shot selection could mask Smith’s shortcomings, but his current plan of attack highlights his weakness.

Smith has the right plan of attack in mind, as he shoots a majority of his shots at the rim or beyond the arc. The problem is where behind the three-point line he’s shooting. Of his 169 three-point attempts this season, 88.8 percent come above the break, where he is shooting 32 percent, and throwing up duds like this:

A change in geography sounds good in theory; in limited attempts (18 to be exact) from the corners, DSJ is shooting 38.8 percent. The reality is that Smith will rarely have those shots if he is initiating the offense, which gives him even more the reason rebuild that release.

The Knicks are approaching a seminal moment given their volatile draft position in the new-odds era and precarious free-agency whispers. The threat of Kyrie Irving or Ja Morant’s arrival should not scare Smith. Like those two, DSJ has potential as limitless as his hops. Whether his future lies with New York or another team, Dennis Smith Jr. is building the necessary skills to competently run an offense. For the Knicks, Smith might be a godsend at lead guard.