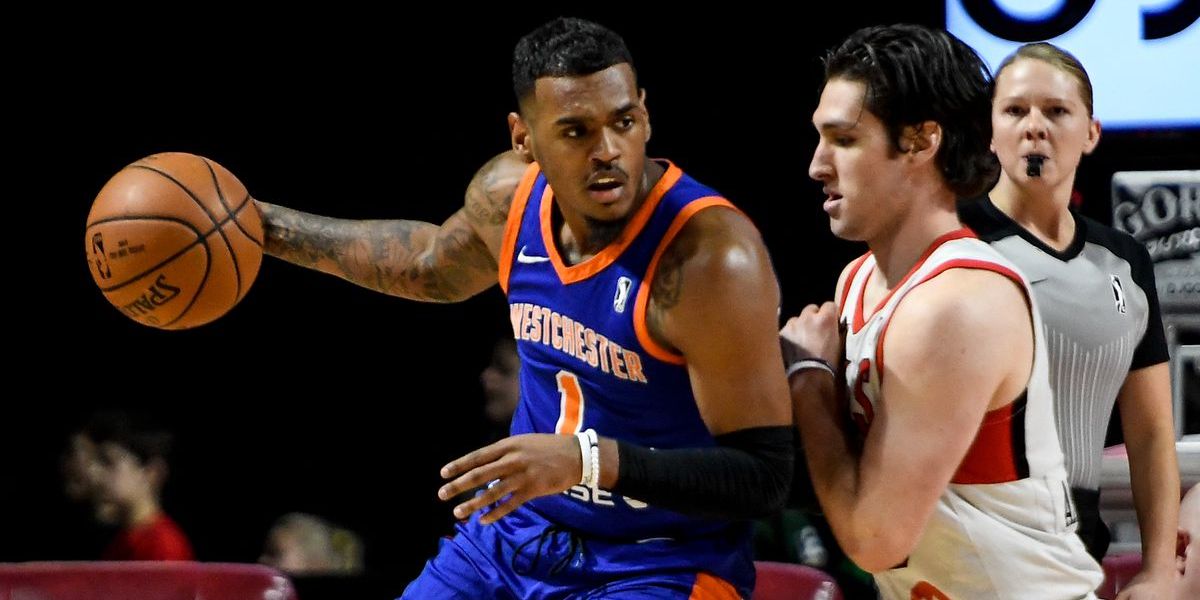 Alston, 47, will replace former DubKnicks head coach Mike Miller, who was officially announced as joining New York head coach David Fizdale’s coaching staff yesterday. Alston spent three seasons as a player in the NBA, after being selected in the second round of the 1994 draft, following four collegiate seasons at Duquesne University.

After his brief tenure in the Association, Alston spent time playing competitively overseas in Turkey, Spain, Italy, and New Zealand. The 6-foot-10 center would return stateside, however, when he joined the Houston Rockets coaching staff in 2012 as a player development coach.

Since 2015, though, Alston has worked with the Westchester Knicks as an assistant. Alston replaces Miller, who won the G League Coach of the Year honors in 2017–18, and he will be in charge of guiding the developmental team to success, which in recent years has worked well for the DubKnicks in the regular season but not so much in the playoffs.

The White Plains G League franchise has been a hotbed of development for the big-league Knicks and players signing with teams other than the Knicks. Westchester is also the central location for New York’s pair of two-way contracts, which heavily feature the the two players spending time in the G League to work on their respective games. At this moment, the Knicks have guard Kadeem Allen and wing Kris Wilkes signed to two-way deals. Both were invited to the NBA’s Summer League in Las Vegas, Nevada, although Wilkes did not participate due to illness.

Last year saw various G League call-ups for the Westchester Knicks, especially towards the end of the season, which led to players like Allen, John Jenkins, and Billy Garrett Jr. playing minutes down the stretch of the 17-65 Knicks in March and April.

»READ: Should it matter the Knicks practice all the way out in Tarrytown?