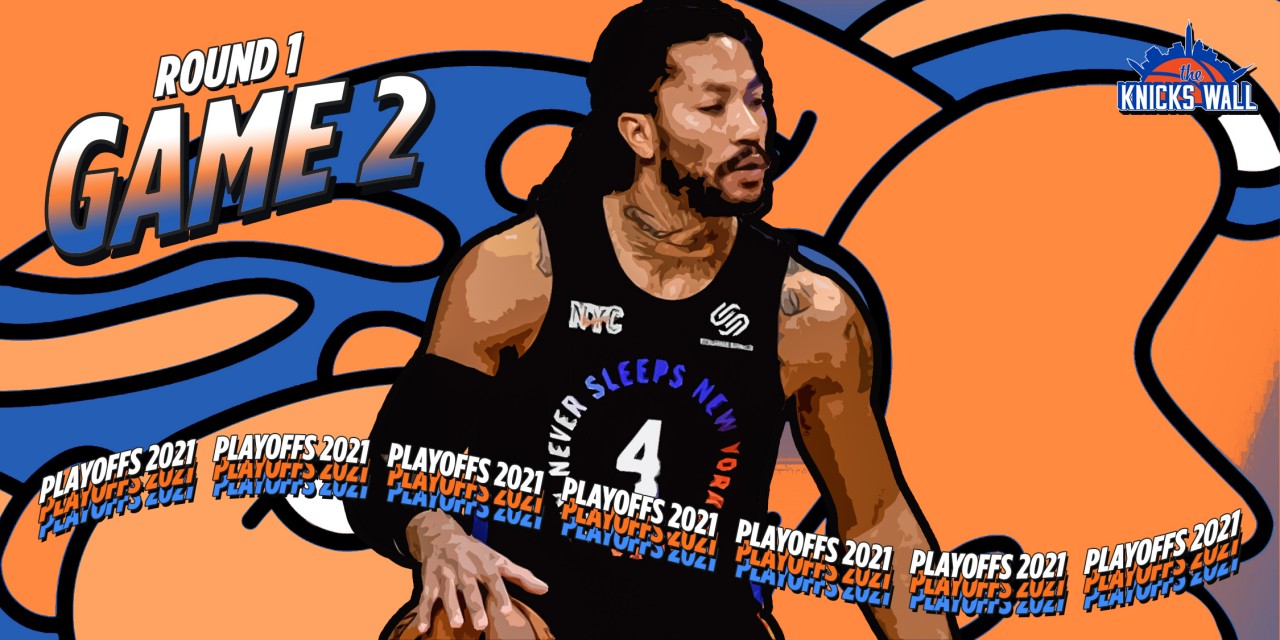 Tom Thibodeau would be foolish not to start Derrick Rose, as the Knicks saw improvement on both sides of the ball in Game 2 against the Hawks.

The ball was always in Tom Thibodeau’s court. Anyone who watched even a handful of games this season saw that Derrick Rose was the vastly superior option to Elfrid Payton. They would have also seen that Payton would become a massive liability in the postseason when the game slows down and halfcourt execution becomes paramount.

Thibodeau had to see it too, only he failed to act in Game 1. Only the possibility of heading to Atlanta down 0-2 created the urgency to make the switch fans have clamored for 63 games and one quarter: removing Payton completely from the rotation.

The Knicks trailed the Hawks 27-20 after one; Payton was a -7 in five minutes. Thankfully those were the only five minutes Payton would end up playing in Game 2 and hopefully the final minutes Payton will play as a New York Knick. It is not a coincidence that the team got back on track once Payton left the game.

“We felt we were flat, and we needed a jolt of energy, so we wanted to change it up,” Thibodeau said after the game, via The Knicks Wall’s Pat Kiernan, about making the switch to Rose and Taj Gibson in place of Payton and Nerlens Noel. Flat is an understatement. The starters accounted for just 10 points on a ghastly 3-for-15 shooting, not surprising when you consider the starters are comprised of two offensive voids. Noel was not much better than Payton tonight, but the key difference between Noel and Payton is easy to explain: Noel (on most nights) brings much-needed rim protection. He also does not have multiple players that can easily replicate what he brings.

It is very easy to get off to sluggish starts when the opposing defense can completely disregard two players. As a unit, the starters shot 37.2% from the field, and that includes a second-half explosion from Reggie Bullock. Payton and Noel were 1-of-5 with a whopping three points.

Rose once again righted the ship and played 31 consecutive minutes after checking in for Payton, before taking a break in the fourth quarter. By then the game had been stabilized, the Knicks had erased a 15-point deficit and held a one-point lead at the start of the fourth quarter. Rose finished with a team-high 39 minutes played, scored 26 points to go along with four rebounds and four assists. He proved, for the umpteenth time, that he is the best point guard on the roster.

As amazing as Rose’s performance off the bench was, it was unnecessary, and quite frankly, stupid. Thibodeau and the world have known Rose should start games for quite some time.

Nothing Rose does is amplified from coming off the bench. He played the most minutes and checked in while the Hawks starters were still fresh. The only excuse left in Thibodeau’s file cabinet of excuses is that he has Goku syndrome, and enjoys giving his opponents a head start.

Seriously though, the time has come to make the switch that Thibodeau made at the start of the second half permanent. With Rose on the floor, two key dynamics shift in the Knicks’ favor: Reggie Bullock, Julius Randle, and R.J. Barrett have more room to operate, and Trae Young cannot hide on defense.

Perhaps the most inexcusable part of trotting an offensive void like Payton is that it freed Young to hide on defense. When Noel and Payton are on the floor together it creates a studio apartment-sized spacing for the halfcourt offense. Clint Capela has sagged off Noel all series, shadowing Randle to prevent drives. To allow the Hawks to do this is already egregious, making life even easier by not forcing Young to defend was the height of stupidity.

Rose puts pressure on the defense on all three levels. In his old age, Rose can beat you from deep…

…and he will certainly kill you at the rim.

This forces Young to either guard Rose or switch onto Barrett which is a big win for the Knicks. The alleviated congestion also frees Randle up to look like the Julius Randle we have grown accustomed to this season. Randle scored 11 of his 15 points in the third quarter, a quarter in which Rose played every single minute, and looked noticeably aggressive compared to the sheepish Randle we saw at the start.

The improved spacing also benefitted Reggie Bullock, who suddenly found himself open in the second half and took complete advantage of it, connecting on a flurry of clutch three-pointers.

Rose’s promotion would theoretically leave a hole in the second unit. While it is true to an extent, the blow would not be as dramatic as you might think. Alec Burks is a self-sufficient bucket-getter. Despite a rough Game 2, Immanuel Quickley typically fares well when he plays against the Hawks. Gibson is ol’ reliable, as his +23 in Game 2 proved. Then there is the rise of Obi Toppin.

Toppin is peaking at the perfect time for the Knicks, which should make Rose moving to the starting lineup easier. Toppin has been noticeably more confident for a few weeks now and continues to get better every game. The stats are still playing catch-up, but the aggressiveness is as evident as the confidence in his jumper. Toppin has resembled the pro-ready prospect the team expected.

With Toppin being able to score—and with more minutes it looks like Toppin would be able to provide the team with more points—Thibodeau can bump defensive-minded Frank Ntilikina into the spot vacated by Rose and use Burks and Quickley much like he did in the early portion of the fourth quarter while Rose rested.

The formula is finally in place. It was for one night at least. But even someone as frustratingly stubborn as Thibodeau has to see the results and make these changes permanent.

So, Tom Thibodeau, don’t overthink it, start Derrick Rose, maintain the momentum, and the rest will take care of itself.