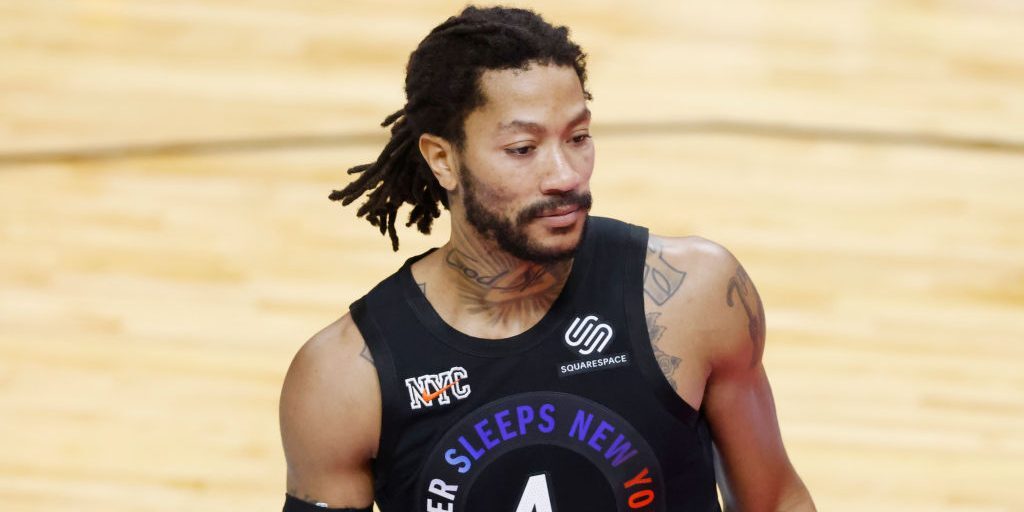 Derrick Rose’s passing and scoring were critical to a New York Knicks team that needed overtime to defeat the New Orleans Pelicans. His stellar play was noticed by his longtime head coach, Tom Thibodeau.

NEW YORK — Next man up has been the mantra of the Tom Thibodeau’s New York Knicks (31-27) this season, throughout this six-game winning streak, and was once again the difference in the team’s 122-112 comeback victory over the New Orleans Pelicans (25-32). Tom Thibodeau talked about the team playing for the team and each player stepping up on various nights. Today was no different, and that star was Derrick Rose.

Rose has been instant-offense off the bench this season but has been an underrated passer as well, routinely finding his teammates. Today, the Knicks needed a bit of everything, and Rose played like someone happy to oblige. Rose provided 23 points, five assists, and finished second on the team in plus/minus at +22.

Down the stretch is when Rose was needed the most. The energy had briefly left the Garden when R.J. Barrett recorded his sixth foul with about four minutes left to play, leaving the Knicks unable to put the ball in the basket. Julius Randle, who finished with his fourth straight 30-point performance, was left to shoulder an even larger load of the scoring while trying to contain Zion Williamson.

The scoring drought carried to about the two-minute mark but was ended by Rose’s array of attacks at the rim and off-balance jumpers. With less than two minutes to go and the Knicks down eight, Rose poured in five straight points, including a huge three-pointer to cut the Pelican lead to 101-98.

His best play would come near the end of regulation. Rose duped Lonzo Ball into thinking he was driving in for a layup, luring Ball in just enough to whip a pass to Reggie Bullock, who was ready to fire from the corner, who drained the shot to tie the game up at 103-103.

“I did see Lonzo cheat in a little bit, which gave me the passing angle to actually get it to Reg, to get off a good shot,” Rose said after the game. Rose wasn’t done, though. He blocked Eric Bledsoe’s shot attempt at the end of regulation and started overtime off with a steal and finish at the other end to give the Knicks a lead they would not relinquish.

Thibodeau, who has coached Rose in Chicago, Minnesota, and now New York, said that this is who Rose has always been throughout his career.

“Well, that’s who Derrick is. He’s always been that type of guy. He’s a great teammate, always puts the team first, and he’s had a hell of a career,” Thibodeau said. “If people looked at him closely, and you see, other than the times that he was not healthy, he’s played very well throughout his career. But no moment is too big for him; he has a lot of poise under pressure.”

Despite entering the period with no Barrett, the momentum began to drastically shift towards the Knicks in overtime. The Knicks oozed confidence every time they touched the ball. The resiliency and strength in numbers seemed to wear down the Pelicans, who mainly relied on Williamson and Eric Bledsoe to carry them to victory.

“We had several people step up,” Thibodeau said after the game. “Nerlens’ block, Reggie’s shot, Julius throughout, scoring timely baskets. Kevin Knox going in, doing a good job, Frank doing a good job, Quick stepping up late, and that’s what you need. You need everyone. We didn’t play great in the second half, but we found a way to win the game.”

After the game, Rose echoed the sentiments of his longtime coach.

“That’s what this team is all about,” Rose said. “When one person goes down, the next person steps up and does their job. And I just tried to play as hard as I can tonight and give everybody energy on the floor.”

For the Knicks, it felt like just another day at the office. Another home game, another victory. The win streak, the longest winning streak since the eight-game winning streak in 2013–14, lives on, and it’s not hard to see why. Each game, the Knicks have a different player assume a “star” role, and tonight, that star was Derrick Rose.

When a team works together on both sides of the ball as well as this Knicks team currently is, no deficit feels out of reach.

The Knicks continue their homestand with a matchup against the Charlotte Hornets (27-28) on Tuesday, April 20th. Tip-off is set for 7:30 p.m. ET.