A Derrick Rose Trade Is Not the Answer 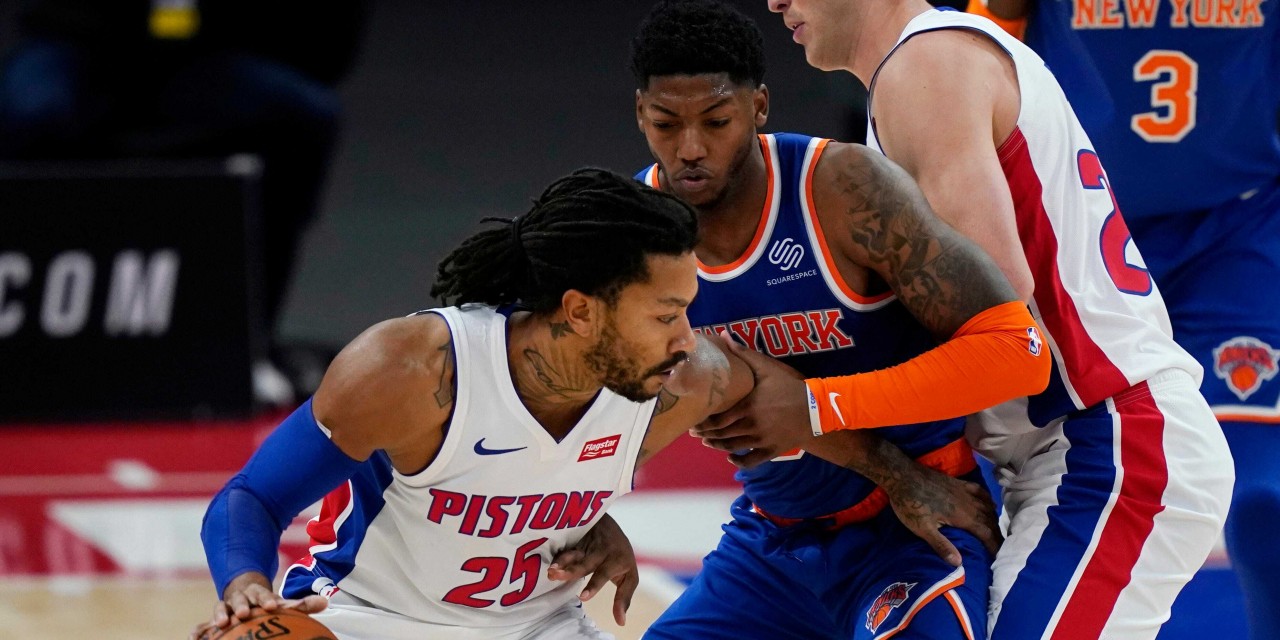 Derrick Rose is reportedly pursued by the Knicks for a reunion with Tom Thibodeau, but it would be a grave mistake given the current point-guard hierarchy in New York.

Trade season is almost upon us. Next weekend, most players who signed contracts this past offseason can be dealt, with the NBA’s trade deadline set for March 25th.

Shams Charania of The Athletic reported a few players that have received interest from other teams, including one that the New York Knicks have their eyes on: the Detroit Pistons’ Derrick Rose. The 32-year-old point guard and former Knick has also drawn interest from the Los Angeles Clippers, per Charania.

For Rose, a second go-around with the Knicks would also be a reunion with head coach Tom Thibodeau. Rose spent five years under Thibodeau’s tutelage in Chicago, winning the MVP award in Thibs’ first year at the helm. A year after Thibodeau moved on to the Minnesota Timberwolves, Rose signed with Minnesota and played there for two seasons.

For the Knicks’ sake, it’s best for Rose and Thibs to remain on separate teams.

The Knicks’ point guard situation is already vexed with Elfrid Payton starting over Immanuel Quickley, who has emerged in short order as New York’s best point guard. Payton doesn’t possess anything near the shooting skills of Quickley, is a more sluggish defender than the neophyte, and roughly equal, if not slightly better, than him at passing.

Rose would be an upgrade over Payton, but he wouldn’t offer anything different. For the most part, Rose is simply a better version of Payton: he’s a slasher that can get into the paint but can’t shoot from deep and is a poor defender. Rose racks up more assists than Payton but is still a shoot-first guard. Swapping the two is as much of an upgrade as going from a broken arm to a broken forearm.

What’s more troubling with bringing in Rose is that it wouldn’t necessarily result in Payton’s exodus from the Knicks. Because Payton was signed to a contract with one guaranteed year for the second offseason in a row, he can veto any trade. So, the only way for New York to send him away is to buy him out.

But given that Payton is a starter and Thibs prefers veterans to youngsters—a trend that was displayed earlier in the month when the Knicks brought back 35-year-old Taj Gibson and cut 23-year-old Omari Spellman—he would probably remain with the Knicks. So, unless Payton is okay with joining the 4-13 Pistons, or the Detroit and New York can find a third team to which Payton would accept a trade, Thibodeau will have both Rose and Payton at his disposal.

It’s tough to speculate what would happen in that situation—whether Quickley is featured less in the offense or has minutes rescinded in favor of the older players—but New York should not put itself in a situation to find out. Leon Rose should not let Thibs’ have two veteran point guards, as one is plenty, if not too much.

Even if the Knicks are looking to get Rose and move on from Payton, it wouldn’t change much. Sure, Rose is a better scorer and playmaker than Payton but not so much that New York would greatly improve. The point guard position would still offer no spacing or defense, and Quickley would likely still be reduced to his current bench role.

Still, the power of a Thibs reunion is real. Along with Rose, former Bulls Jimmy Butler, Taj Gibson, and Aaron Brooks joined Minnesota when Thibodeau was in charge there, and Gibson is now playing for his third different team under Thibs. Although Thibodeau doesn’t have player personal decision-making power like he did with the Wolves, this Knicks team is being built with his vision of stout defense and hard work as the primary principles of the squad.

Derrick Rose doesn’t offer any defense, or any offensive skills that greatly outweigh New York’s incumbent starting point guard. Moving on from the incumbent starter is tricky and doesn’t follow Thibs’ way of thinking. It’s in the best interest of New York to let another team acquire Rose while they sort out their own point guard situation.