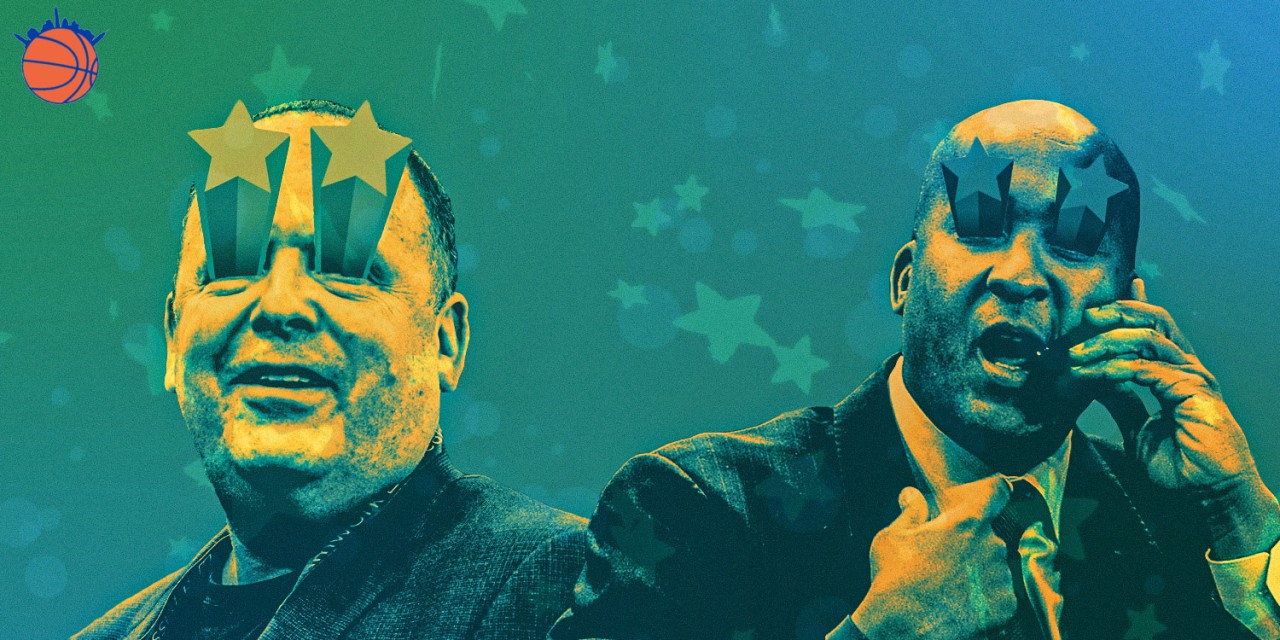 Rumors have indicated new team president Leon Rose could be seeking a blockbuster trade in the offseason, which wouldn’t work for the Knicks.

While perception is not often reality, it certainly seems as if the New York Knicks are preparing to once again gear up for another short-term plan that involves moving assets to acquire a superstar. It’s a move the Knicks ran in 2010, 2019, and an abridged version in 2016, all to various degrees of success. Now, just a year after failing to secure Kevin Durant and Kyrie Irving, the Knicks appear to be lining up another short-term plan.

This plan can sometimes work. New York failed to acquire LeBron James in 2010, but the Knicks acquired Amar’e Stoudemire, who helped recruit Carmelo Anthony, who then lured Tyson Chandler to New York. That worked out. 2019 was an attempt to land Durant and Irving, while in 2016 Phil Jackson’s attempt to add a star was more of a shot in a dark, adding perceived star Derrick Rose to an aging Anthony and upstart Kristaps Porzingis, hoping for one last run in the ‘Melo era.

Unlike the previous three attempts, the plan seems to be to create a strong basketball brain trust, led by CAA affiliates, before attempting to go after the star player. New York hired Leon Rose as President of Basketball Operations, cap expert Brock Aller from the Cleveland Cavaliers, Frank Zanin, and Walt Perrin as assistant general managers and added scouting wunderkind Alex Kline to the scouting department. Then, they made it official, adding William “World Wide Wes” Wesley as an executive vice president.

But much like 2010, 2016, and 2019, the Knicks should remain flexible and avoid putting all of their eggs in the superstar basket. Instead, they should focus on developing the roster and continue to bide their time before making any big moves.

It starts with New York’s current collection of assets from the top of the franchise down. The front office has improved, but it will remain unproven until this offseason. The head coaching situation is up in the air as New York’s list of interviewed candidates reaches double digits. As teams like Boston, Toronto, San Antonio, and Milwaukee can attest, the right coach and front office leadership can lead to success on the floor.

After having five lottery picks over the previous seven years, the only players who appear to be long-term pieces to build around are 2019 first-round pick R.J. Barrett and 2018 second-round pick Mitchell Robinson. Both are talented, but neither appear to be star players at the moment. The Knicks will have a chance to add to that pairing this offseason (projected sixth overall pick in the 2020 NBA Draft) and moving forward (seven total first-round picks in the next five years), but the roster is barren of talent at this stage.

The second is how New York can connect to this newer generation of stars. For their exploits, Leon Rose and “World Wide Wes” have largely been connected to the previous generation of star players. While Donovan Michell has ties to Rose and World Wide Wes is known for his presence around the Kentucky Wildcats, it will be interesting to see how the Knicks move if neither player becomes available. New York would then have to go back to relying on the traditional team-building and trust in the organization to land a star.

Leaning on the CAA/Rose connections will be intriguing to watch unfold. After originally looking to hire a CAA member to take the Knicks general manager position, that move was placed on the back burner, retaining Scott Perry in that role. If Devin Booker stays in Phoenix and Mitchell re-signs with Utah, CAA currently has Joel Embiid, Chris Paul, D’Angelo Russell, Karl-Anthony Towns, and Zion Williamson as notable star names on their roster.

And it gets shallow after that. Anthony Davis is re-signing with Los Angeles this summer, while the Knicks have almost zero chance to land Giannis Antetokounmpo if he leaves Milwaukee. Victor Oladipo is talented but is coming off a serious injury, and Washington doesn’t seem interested in moving Brad Beal.

The alternative for pushing all the chips would be to wait a bit to figure out the roster. It sounds simple, but finding the proper players to acquire in free agency, building a winning culture around Barrett, Robinson, and whoever is selected with New York’s lottery pick this year gives them the ability to create a positive culture around the team—and to sell a culture change around young players to veteran stars in free agency.

Patience would also allow a head coach (hopefully Kenny Atkinson) to establish a culture among the players. The Knicks failed to create an identity under David Fizdale and Jeff Hornacek, so it’s up to the next coach to make his mark. Whether the Knicks want to be a team driven by MoreyBall—three-pointers and shots at the rim—or if they want to build a team that leads with defense first, New York needs someone (like Atkinson) who can create a positive culture and atmosphere.

The New York Knicks are in a position to make a big move. The combination of cap space and the draft pick flexibility allows them to be players this offseason to revamp the roster in Leon Rose’s first season in charge. The one thing he should avoid, however, is the swing for the fences. With young, unproven talent on the roster, no head coach and system in place, the Knicks would be better giving it a bit more time before throwing all of their assets into the pot.

»READ: Monday Musings: Knicks’ season is officially over, now what?