Despite the Nets’ Salary-Clearing Move, Not All Is Lost for the Knicks in Free Agency 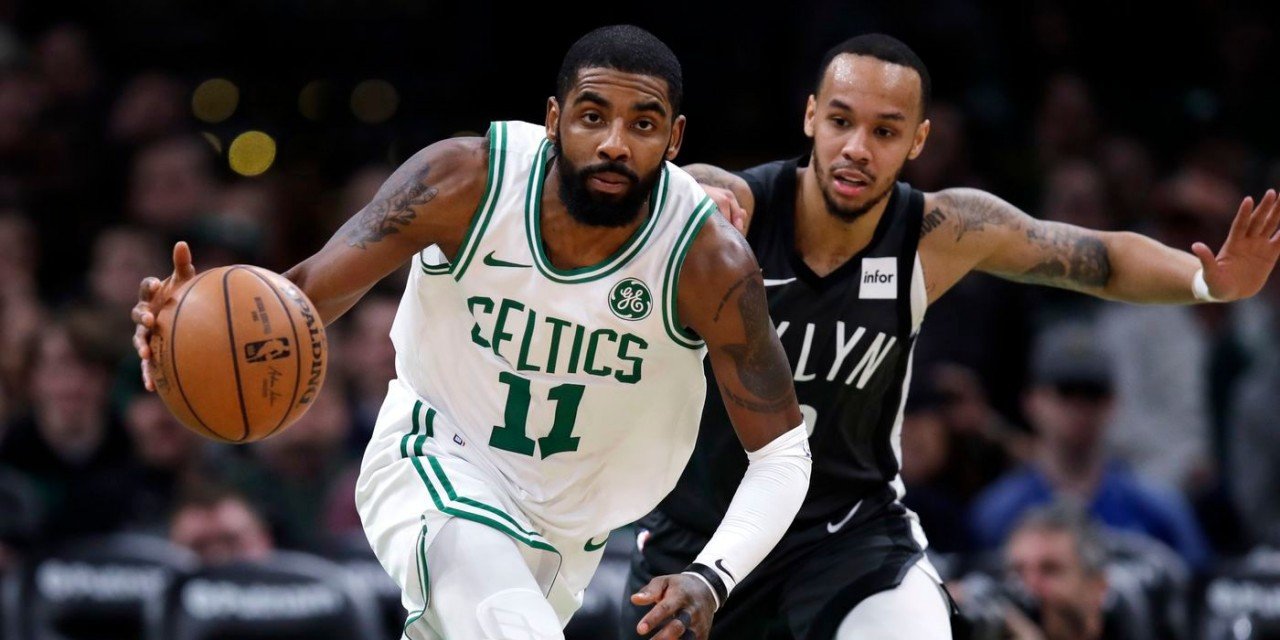 Thursday’s flurry of rumors in the wake of the Nets’ trade pushed Knicks fans closer to the edge, but another interested party in free agency doesn’t automatically spell doom for the Manhattan franchise.

If the Brooklyn Nets were not real competition for big time free agents before, they certainly are now.

By offloading Allen Crabbe’s grotesque contract—and two first-round picks—Nets GM Sean Marks has shown his hand. He expects to be every bit a player for the big fish in free agency as Scott Perry and the New York Knicks are, and may already have one big fish on their line.

Kyrie Irving’s interest in joining Brooklyn is legit. The NBA’s master of whispers, ESPN’s Adrian Wojnarowski, confirmed that much moments after the trade. Brooklyn now has $45 million in cap space, enough for one max player to pair with D’Angelo Russell. That should not scare off Knicks fans; Kevin Durant is and always was the top priority.

Kyrie Irving is serious about the Nets — and the Nets are serious about beating the Knicks — and rest of league — to the biggest free agents in the marketplace, per league sources.

What should scare Knicks Nation, however, is the possibility of the Nets doubling down on their all in bid by cutting ties with Russell. That would open up two max slots, putting them on an even financial playing field as the Knicks.

This possibility has sent a strike of paranoia amongst the MSG faithful, and rightfully so. The Nets are closer to a win-now team than the Baby ‘Bockers—they did make the playoffs this season after all. On ESPN’s Get Up, Wojnarowski said that much, stating Brooklyn is a viable option if playing with Kyrie is the ultimate goal for Durant.

Now allow me to splash some cold water here; Kevin Durant’s potential move to the Knicks was never rooted in basketball. The Warriors remain the best basketball option, followed by the Clippers and the Nets in that order. Coming to the Knicks was and still is a legacy play. On that end, the Knicks reign supreme since a title with them trumps all given their decades of sorrow.

Through all the Durant-to-NYC rumors there has been one constant on the basketball end—he does not want to come alone. LeBron James’ nightmare inaugural season with the Lakers is now a cautionary tale. Irving was tied to the move simply because it made the most sense. He was a star who was most likely to switch teams at season’s end. That remains the case, but it should not deter team president Steve Mills and Perry from finding another star to pair with Durant.

A few hours after the Crabbe trade Marc Berman of the New York Post reported the Knicks are confident they will, at the very least, secure a meeting with Kawhi Leonard. As unlikely as it is that Kawhi would leave a team that is poised to win the Finals for the first time in franchise history, the potential Durant and Kawhi pairing holds an infinitely higher appeal than KD and Kyrie could ever imagine.

Pairing Kawhi and KD, two guys who are not buddy-buddy like KD and Kyrie have been documented, is a basketball fan’s fantasy. It would give the Knicks two of the best players in the league and the potential to create the most exciting wing duo since LeBron and Dwyane Wade, and most lethal since Michael Jordan and Scottie Pippen. But again, Kawhi leaving Toronto and choosing New York over L.A. is unlikely, no matter how much Uncle Dennis may want it.

The more prudent approach for the Knicks front office right now is to go all in for Anthony Davis. One thing that has slipped through the cracks during this Nets hysteria is that Boston is likely out of the AD sweepstakes. The main motivation for the Celtics was to pair Davis with Kyrie, which will likely not happen. That removes a major contender, leaving the Clippers as the preeminent threat. As scary as the thought of gutting the team sounds in the aftermath of the failed Carmelo Anthony era, doing it for Davis is vastly different.

Not only is Davis the best big man in the game just entering his prime, the Knicks can pair him with Durant for no additional assets. It would satisfy the star security blanket Durant’s camp should rightfully want, and possibly give Kyrie a reason to reconsider joining the other New York team should the wavering New Jersey native decide to relocate to the borough of Manhattan, not Brooklyn.

And if Murphy’s Law occurs—everything goes wrong for the Knicks? Stay low and build. The Knicks have no future money tied up, they have the third overall pick in the top-heavy 2019 draft and have all of their future draft picks, in addition to two of the Mavericks’ picks.

If this summer produces no big signings do not spend to spend. Draft R.J. Barrett and hope he is a star or close to one. Continue to add assets—maybe take on Hassan Whiteside’s expiring deal if draft picks or a young player is added—and build up the young foundation.

The Knicks remain in a great spot moving forward. Sure, the plot has thickened like a frosty, but what else was to be expected for a free agent class as loaded as this? Breathe easy Knick fans, a happy ending may still be in the cards.

»READ: ‘We want Kyrie’: Do the Knicks have a clear path toward Irving?

»READ: Kevin Durant is trying to shake off complacency