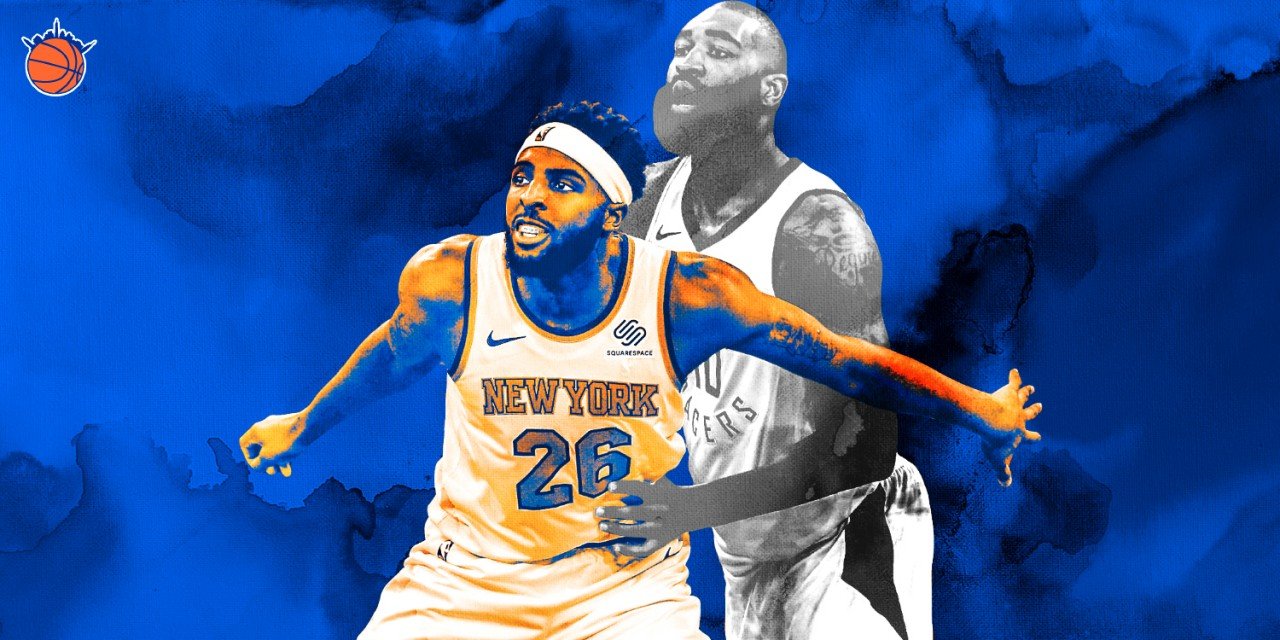 While shooting threes is a fun exercise in wonderment, Mitchell Robinson needs to prioritize strengthening his low post presence for the Knicks.

Much of the talk surrounding the Knicks’ offseason has centered on roster potential. Whether that be landing Zion Williamson in the lottery—which clearly didn’t come to fruition—or a pair of coveted free agents like Kevin Durant and Kyrie Irving, starving Knicks fans can’t help but do that thing where they count our chickens before they hatch.

But what about the best player currently on the Knicks’ roster?

After a superb rookie season, Mitchell Robinson was the talk of NYC, but much of the hype, outside of a recent second-team All-Rookie selection, has died down. At least for now.

But Mitch Robinson’s best has yet to come—especially if you consider he could go from the best player on the worst team in the league, to potentially the third, fourth, or fifth best player on a competitive Knicks team. To do that, he’s going to have to round out his game just a bit more.

While most of the talk regarding Mitch’s progress has been about the development of a jump shot—and reasonably so—there could be another, less glamorous factor in his game that can take it to the next level: his post up.

And no, this isn’t my inner Phil Jackson talking.

While the post-up might be an antiquated form of offense, it still has its place in the modern NBA. Its function within a modern halfcourt offense is different than it was years ago, where a low-post player was a focal point of a team’s play.

The post-up could be beneficial for Robinson in a number of ways. First and foremost, with most teams’ heavy switching, Robinson will find himself guarded by a number of smaller players. This was a situation in which Kristaps Porzingis frequently found himself, where he was largely unable to capitalize due to a lack of strength.

With the Knicks (hopefully) in line to cash in on free agency this summer, Robinson will no longer become a focal point on offense. The Knicks will still feature a heavy dose of pick-and-rolls, but teams will look to exploit that with heavy switches. This is where Robinson’s post game will become crucial.

If guarded by a smaller player in the post, Robinson will have to develop a go-to move down low—something Porzingis failed to do in his three injury-plagued seasons in New York.

Last year, Robinson showed some touch around the rim, but his lack of size of strength made it difficult for him to generate his own shot on a consistent basis. Once teams took away the pick-and-roll lob play, he would often find himself rendered ineffective.

A simple baby hook would do wonders for Robinson when he’s on smaller defenders, or if the clock is running out and he’s given the ball down low. Here’s a play, against Oklahoma City’s Steven Adams, where Robinson managed to sneak free for a quick-flip hook shot. This wasn’t necessarily a post-up play, but it did show his ability to finish around the rim with a defender in close quarters.

When Robinson had his back to the basket, he ran into a bit more trouble finishing around the rim. Again, this isn’t a traditional post-up, as Robinson was barely put into those situations on the block—but with a defender draped on his back, he rushes a running hook.

With a bigger frame next year, Robinson could better take advantage of opportunities in the deep post—either as a last-second bail out shot, mismatch opportunity, or a simple designed play to give him touches in the block.

DeAndre Jordan, Robinson’s late-season mentor and a player with a mirroring skill set, has developed a little post game of his own over the years. While calling “mouse in the house” down low on a consistent basis, he has made the post-up an ancillary part to his game. Below, you’ll see Jordan post up from the left block, performing a nice spin move on his defender and finishing with a strong right-handed hook. This is the kind of footwork Robinson should focus on down low in bail-out, isolation situations.

He also showed flashes of a fadeaway jumper—his only shot outside of 10 feet over the course of the entire season. Against the Hawks, Robinson displayed nice touch on a step-back jumper over Alex Len—a legitimate seven-footer. Again, it wasn’t a designed post-up, and Robinson demonstrated little footwork in the post, but the smoothness and effectiveness of the shot gives us a glimpse of hope for a legitimate low-post fadeaway in the future.

In Fizdale’s offense, the center will oftentimes receive the ball in the high post, survey the court, and look to a) find backdoor cutter or b) hand the ball back to the point guard and either set a screen to unlock a screen and roll or look to set an off-ball screen for a cutting wing player.

DeAndre Jordan was able to show some of his passing chops last season in Fizdale’s wide open offense. This should be yet another template for Robinson to follow next season.

Below, you’ll see a couple instances of Jordan catching the ball in the pinch-post area before finding his cutting teammates down low for an easy two. This approach helps spread the floor with Jordan near the key, despite not having much of a reliable jumper. If Robinson himself develops a semblance of a jumper in year two, this could make this play even more dangerous, as teams would no longer be able to sag off of the seven-footer in the paint.

Passing was clearly one of Robinson’s weaknesses last season, as the rookie averaged a mere 0.6 assists per game. With a more refined post game, you can see Robinson’s passing open up as he develops as an offensive threat outside of the lob.

If all things go correctly for the Knicks this offseason, Robinson won’t be more than a third or fourth option on offense. But in order for New York to truly maximize its offense, Robinson will have to add wrinkles to his game to exploit mismatches down low and take the pressure off of the Knicks’ main scorers. Adding a semblance of a low post game allows Robinson to do just that.