Did the Knicks Successfully Pivot in Free Agency? 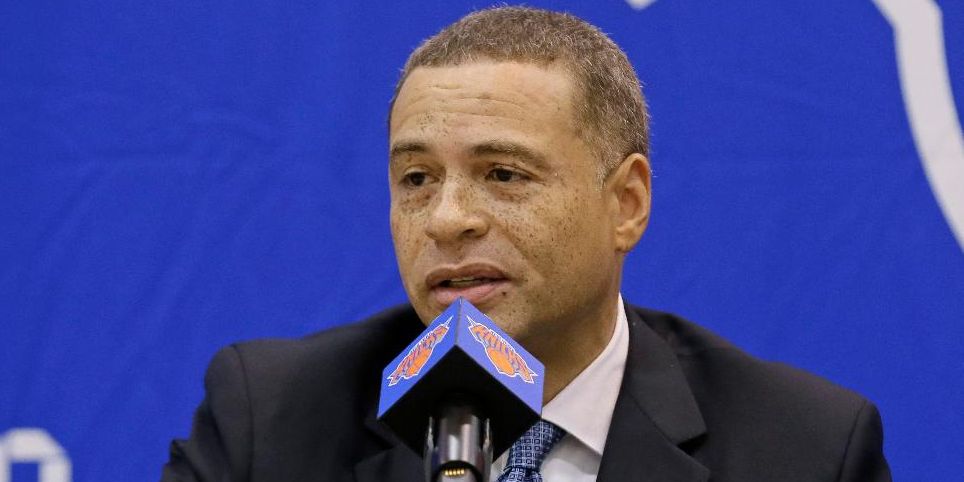 Talk of a culture change has surrounded the Knicks since the Scott Perry era began. But what does the evidence show?

The high intensity of the draft and free agency are long over, and the Knicks are settling in after a somewhat disappointing Summer League.

For fans, a steady arc of player development is foremost in folk’s minds, with all hoping the Knicks can rise like a phoenix from the ashes of the notorious Kristaps Porzingis Trade of 2019 to dominate the league after overcoming the pains of a true rebuild.

This should mean peace among the fandom, but it’s hard to get Knicks fans to agree on anything. There’s division with regard to how those outside the organization’s stakeholders view the New York Knickerbockers. On one side of the spectrum are the fans who believe the Knicks are seen in a positive light, especially after all the recent organizational changes. The opposing side begs to differ. They’re concerned that this new “culture change” is merely window dressing.

We must ask ourselves: have the Knicks truly changed, or did they merely put lipstick on a pig?

Free Agency: A Win or A Loss?

The Knicks signed seven players in free agency, with the most notable being Julius Randle, a 24-year-old lefty power forward. He’s slated to make $63 million over three years, with the team controlling an option in the final year. Their second most expensive signing was power forward Bobby Portis’ two-year contract worth $15.5 million per year; the third was Marcus Morris‘ $15 million one-year contract, which he spurned the Spurs in order to obtain. Reportedly, the move cost him his agent, Rich Paul. Along with those three signings were middling veterans who individually won’t account for much cap space.

New York signed an under-the-radar, possible all-star in Randle, who aligns with their young core’s timeline, plus a handful of veterans with team-friendly caveats tacked onto the contracts. At face value it sounds like a narrative change actually has occurred. They’ve stuck to their guns and re-oriented themselves to the philosophy of developing a competitive team instead of simply buying it in free agency.

That would make sense, if these signings were done in a vacuum.

The truth is the Knicks don’t make these “thrifty” and flexibility-maintaining signings if they don’t strike out on the big free-agency targets they initially set out to woo. Kevin Durant’s long-rumored interest in the Knicks soured sometime between James Dolan making cocky comments and the Knicks trading Porzingis, a player Durant monikered, according to whispers around the league. Even newly minted Knickerbocker Portis said he knew the Nets would be signing both Kyrie Irving and Durant in February. In other words, the Knicks struck out—they were just smart enough to hedge their bets until they could humiliate themselves again in 2021.

His injury and the Knicks’ reluctance to sign Durant to a max contract is somewhat irrelevant. There’s an argument that paying Durant $40 million dollars a year when he’ll spend most of that time on the bench could come back to bite a team—but first, the team needs to actually be in the running for the player.

Durant didn’t even give the Knicks front office the opportunity to debate the issue amongst themselves; according to the New York Post the Knicks didn’t even get an official meeting with Durant.

Even if not signing Durant proves to be a blessing in disguise, that’s not the point. The fact of the matter is the Knicks were scratched off his “serious suitors” list long before free agency began.

There’s no denying the truth: the Knicks lost out in free agency in humiliating fashion. Their primary targets signed with the team only eight train stops away. New York is not a desirable place to play, and most recent events support that.

Marcus Morris backing out of an agreement in a move that could blow up in his face as soon as next season isn’t much of a win, either. Signing Wayne Ellington for $8 million is an overpay in the best case scenario. The other side of “cap flexibility” is high turnover, which the Knicks have had perennially. Fans are already itching to turn on David Fizdale, and it’s only been one season.

It may be time for the Knicks to retool their strategy for obtaining talented players. If they can’t entice players in free agency to become Knicks, they’ll have to force them to be Knicks.

Simply put, there are two other ways to obtain players’ contracts besides signing them outright: trading for them or drafting them.

It sounds simple enough use both methods to the benefit of the team, but like the argument above, it’s mostly two sides of the same scale. Whenever a team trades “for a player”—a talented ball player who can change the organization—it is typically for success in the present.

Traditionally, the desirable player is in their prime or close to it, and future draft picks are a crucial part of the exchange. The team trading for the player is deliberately trading possible future contributors or developing prospects in exchange for one who is readily available to contribute to winning.

Having netted two first-round picks from the KP Trade, the Knicks are in good enough shape to offer a substantial “future” to their prospective partner. However, there are drawbacks. First, the acquired player may have an injury history that needs to be accounted for. The Houston Rockets gave up the farm for Chris Paul, only to lose him in pivotal moments in the Western Conference Finals. Second, if draft picks are the meat of the trade, the Knicks will also need to send players for the sake of maintaining salary and roster requirements. It’s highly unlikely they’d be able to trade deadweight for a franchise-changing player. Rotation players and starters would need to be included in a potential deal, altering the team’s chemistry.

This is all predicated on the Knicks being savvy enough to “win” a trade. They sacrificed four starters in the trade for Carmelo Anthony and couldn’t recover until their overachieving 2012–13 season in which they lucked out on talented veterans.

Inquiring about trades telegraphs a team’s imminent move. A trade netting the Knicks a substantial haul alerts other teams that New York hopes to compete immediately, and may be susceptible to desperate, risky moves, like they have been in the past. The Houston Rockets’ disrespect for the Knicks’ front office runs so deep that they inquired about gifting them Chris Paul’s albatross contract.

The trading block is dark and full of terrors, and the draft is no different.

The Knicks will have their annual chance to bolster their rankings with rookies. For most successful NBA players, career trajectories appear as a sort of bell-curve, with years of experience on the x-axis and productivity on the y-axis. Players tend to start out tenacious, but not particularly productive, and peak into a prime roughly around 29 years of age—before their productivity falls to pre-peak levels in their early 30’s. They’re athletes; the human body can only maintain such high-intensity work for so long.

The Knicks have so many draft picks and young prospects they can barely see the players’ peaks in the distance, which can lead to surprising achievements and disappointments. It takes years to properly develop a talented player. If Kyle Lowry’s career arc is an appropriate model, it can take eight seasons for a player to come into his own, and that’s for an all-star caliber player in the weaker conference.

In this case, patience and relentless confidence in the players and staff on the Knicks’ payroll needs to be unwavering. With the handling—or rather mishandling—of Frank Ntilikina hovering over the organization’s head, it’d be foolish for anyone to have faith in a trove of unproven staffers (no offense to them).

Either way the Knicks choose to build their team, it’ll be a hard fought battle. They can mortgage the present in favor of the future and vice versa, or they can play both sides of the fence. It’s a dangerous game the Boston Celtics have seemingly lost with Kyrie Irving; they probably won’t fare much better with Kemba Walker.

Regardless of what players or teams think, there’s little evidence to suggest the Knicks have changed their culture. We can conclude that the Knicks are not a viable free agency destination for big-name players due to the embarrassing free agency we all witnessed. Furthermore, if the Knicks wish to compete on a professional level that is not comparable to AA baseball, they’ll need to leverage their assets like a failing club owner to bolster either their present or their future.