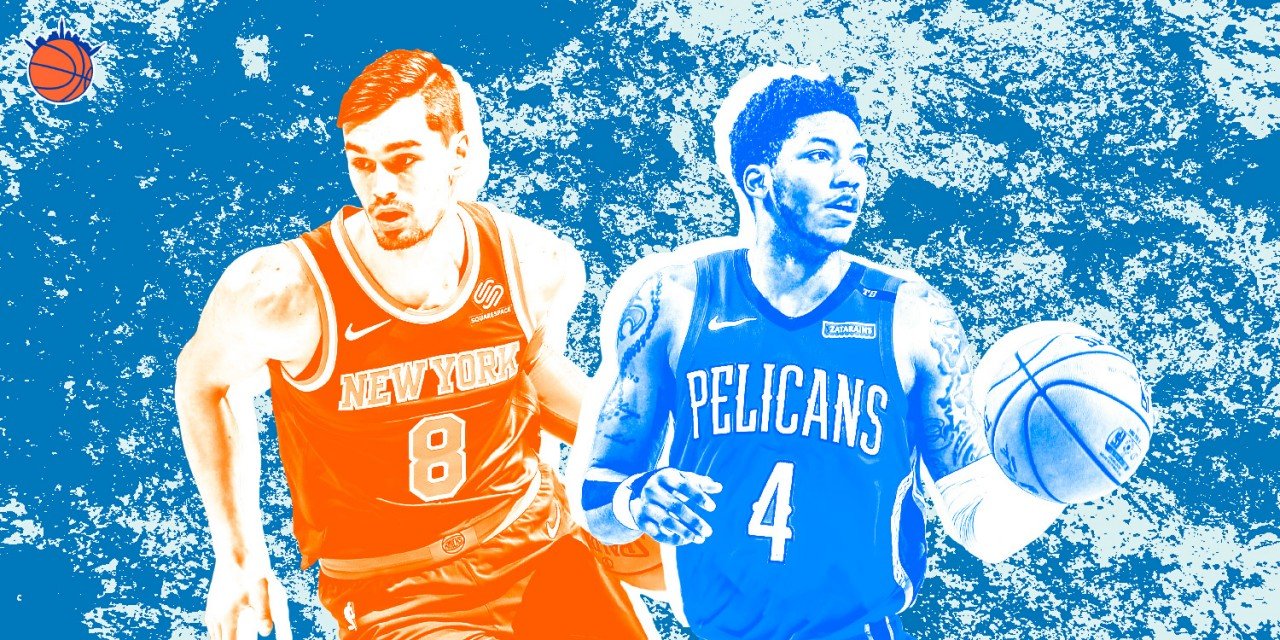 The Knicks followed a similar model by acquiring mostly young players on short-term deals again this summer, but the formula is not the same.

Taken from the 10,000-foot view, the Knicks’ team-building strategy after missing out on their Plan A this summer is pretty similar to their team-building strategy last summer. Once again, their primary focus for a majority of their available roster spots was short-term deals for young, high-pedigree players who had washed out on their previous teams. Again they enter a season almost certainly destined to end in April. And again, their fate is more likely to be contingent on ping-pong balls than buzzer beaters.

And yet, to many fans (this writer included) this team feels somehow different in nature than last year’s historically bad squad. But why?

It helps that in addition to the young guys, the team loaded (perhaps overloaded) up on vets such as Taj Gibson, Reggie Bullock, Wayne Ellington, and Marcus Morris. Recent history has taught us that having veterans who actually play is hugely beneficial to young teams, and is materially different from having vets who are mentors only and never see the floor. Young guys can easily start to tune out older ones who don’t play, but when they get advice from warriors like Gibson or Morris and then see them put into practice during game situations, it has a different kind of impact.

Another difference between last year and this year is simply the quality of young guys signed. While Mario Hezonja, Noah Vonleh, and (*rolls eyes*), Henry Ellenson were all top-20 picks from recent years, Julius Randle, Bobby Portis, and yes, even Elfrid Payton represent a much higher tier of player. All three have averaged double-digit points per game over the last two years, and Randle and Payton have both done it each of the last four seasons. While Payton’s triple-doubles and Portis’ random 30-plus-point explosions have often rang of good-stat-bad-team hollowness, even that modest threshold is one that none of last year’s signings ever reached. For the first time in years, the Knicks have an entire roster filled with competent players who have produced when given larger roles.

Some Bobby Portis (@BPortistime) highlights for your evening viewing pic.twitter.com/lz5qpG1iLp

But the biggest difference is that this year, there seems to actually be a blueprint to the team-building, instead of just “snatch up young guys who maybe, possibly, just might not suck.” Randle is here to provide a consistent scoring option for a team that desperately needs one. Morris, Portis, Bullock, and Ellington were added to bring some spacing around the core of Dennis Smith Jr., R.J. Barrett, Randle and Mitchell Robinson, which boasts exactly zero league-average shooters (although word on the street is that Smith might be poised to get there this season). Taj was brought in to shore up the frontline and teach Robinson the intricacies of how to play NBA defense without fouling. Payton was signed to give Knicks fans a new face to complain about getting minutes over Ntilikina.

For a coach that likes to experiment, this team has a lot of stylistic options to try out. David Fizdale could go run-and-gun with Smith or Payton, Trier, Barrett, Randle and Mitch, all of whom are deadly in the open court. He could go could go five-out with Smith, Dotson, Knox, Morris, and Portis. He could go grit and grind with Ntilikina, Dotson, Morris, Gibson, and Robinson. There are interesting small-ball combinations like Payton, Trier, Dotson, Morris, and Randle.

Here’s @J30_RANDLE with a smooth triple-double against the @spurs back in November.

A lot of these parts are interchangeable, which will be both a luxury and challenge for Fizdale. Having an entire 15-player roster made up of guys who want, and many of whom have earned, real NBA minutes can put a coach, especially a young and unaccomplished coach, in a tough position. A lot of fans are already wary of Fizdale’s rotations after some questionable decisions last season, so this year will be a chance for him to really prove himself as being the guy who can balance trying to win with developing the players crucial for the next era of New York Knicks basketball.

Finally the best, most important part of all of this summer’s moves is that this year, all the contracts contain options, or non-guarantees, to retain the players next season. Not only does that increase their trade value should the right deal come up, it means that if any pop (my bet is Portis), the Knicks don’t have to stand helplessly by and watch them walk away once the season ends. That’s huge.

The Knicks will have as much or little cap space as they want next summer, and considering the weakness of the free agent class, having the option to keep this squad together another year could help them reach the level of competence needed to prove to the franchise-changers in 2021 that coming to the Garden actually has real, basketball-related benefits. And that could make all the difference.

»READ: Three Knicks that could make the 2020 NBA All-Star Game

»READ: What can Taj Gibson bring to New York?