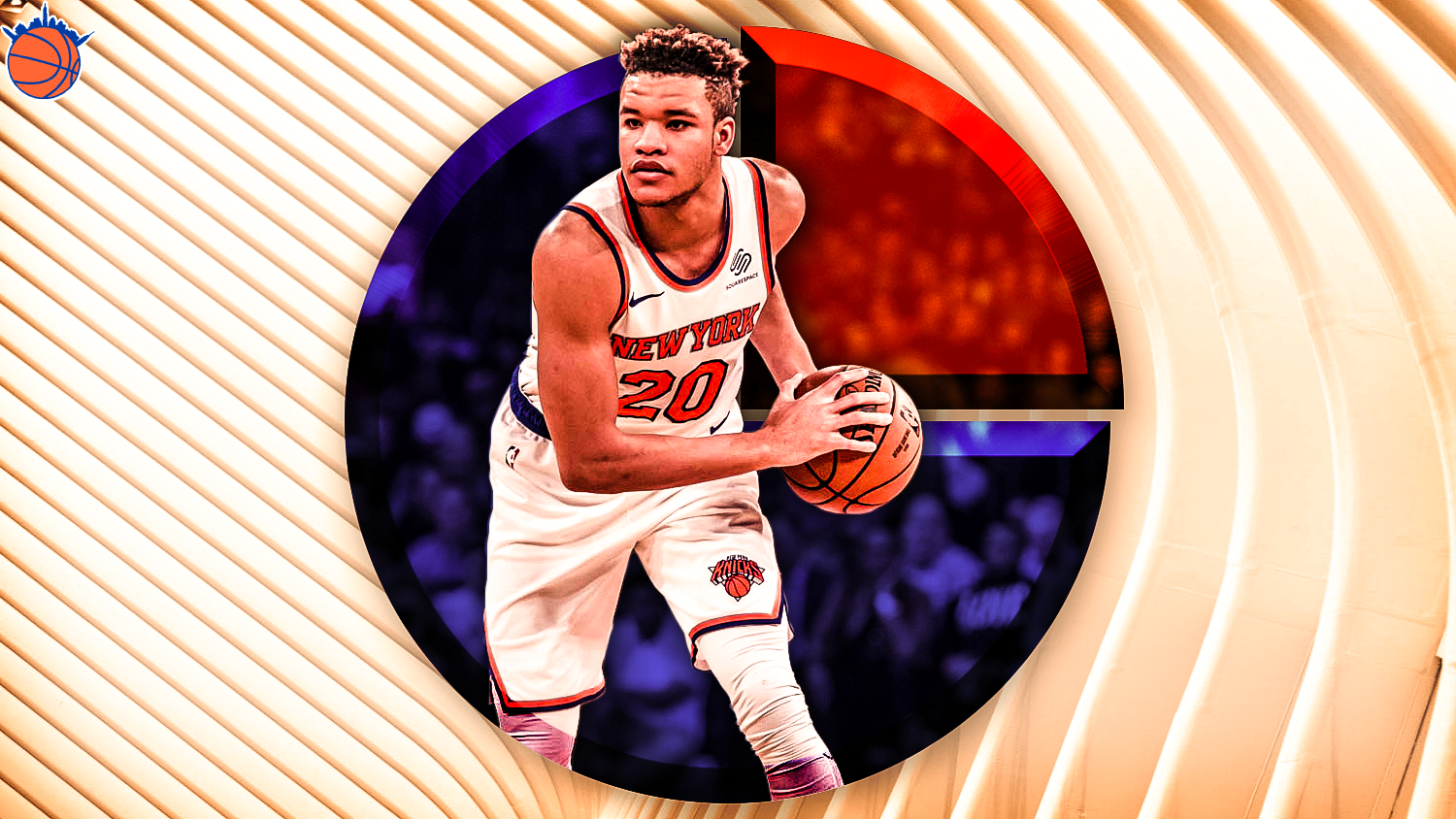 The Knicks have surprisingly come out of halftime to wreck havoc on opponents. As for the fourth quarter, though…well things need adjustment.

Second halves for the New York Knicks this season have invariably unfolded to a bittersweet drumbeat. Fiery third-quarter flurries have the Knicks sitting second in the NBA in third quarter Net Rating (NetRtg), with a healthy plus 13.1 point differential in the 12 minutes after halftime. These third-quarter bursts of competence, however, have been largely followed by fourth-quarter collapses. Through 12 games, the Knicks are dead last in fourth quarter NetRtg, with a thumping negative 21.8 point differential in the deciding 12 minutes of action.

So what? You might say, this is what young teams do. And you’d be right. Young teams specialize in flirting with victories that eventually elude them. They specialize in promising stretches of play in handfuls of minutes that are rudely snuffed out when cute third-quarter comebacks turn into clutch fourth-quarter calamities. Sound familiar? It should, David Fizdale’s Knicks have lost a few heartbreakers already this year, and been blown out a couple of times too, losing by 23 to the Miami Heat and 28 to the Golden State Warriors.

The Knicks are the second youngest team in the NBA, and, accordingly, are closing out games with the composure of a puppy presented for the first time with the cosmic wonder of a simple tennis ball. Excited? Absolutely. Controlled? Not so much.

Dot is finding his stroke and the best third quarter team in the league continues to be that pic.twitter.com/TsJtJQX1sr

The sheer contrast in third and fourth quarter disparity, though, is pretty wild. From +13.1 to -21.8 is an outright chasm. That’s a 34.9 point swing. Both elements to this glaring discrepancy in third and fourth quarter fortunes are noteworthy. Fizdale has these kids locked and loaded coming out of halftime, playing with the cohesion and force of a well-oiled machine, and all involved deserve credit for that. Come the fourth quarter, the exact same Knicks have a tendency to meekly melt away, like ice cream left in the sun, leaving behind frustration, and, well, mess. All involved deserve blame for this, too.

Don’t grab the pitchforks just yet, though. This blame should be dolled out with caution and context.

This is part of the painful, rarely-linear, process of rebuilding. Fizdale is playing his kids, and they are competing in stretches before, mostly, losing. Compare this shade of losing to the team under Jeff Hornacek last year, when the Knicks were 26th in both third-quarter and fourth-quarter NetRtg (-7.4 and -4.2, respectively). Hornacek didn’t play the kids, very occasionally competed in stretches, and lost anyway. There are shades of losing, and Fizdale’s ballsy, competitive version is preferable to Hornacek’s frustrating, accidental tank-y version.

Mostly, reactions to the Knicks fourth-quarter fumbles have taken into account the age of the roster, the inexperience of the roster, and—frankly—the lack of talent on the roster. There have been rumblings, though, that Fizdale himself may need some late game development.

In 2017–18, Fizdale was fired from his first head-coaching gig with the Memphis Grizzlies after butting heads with Marc Gasol, but Grizzlies GM Chris Wallace also cited an inability to close out games as a factor in the decision to fire his head coach. As the Daily News‘ Stefan Bondy recently reported, this may have been a desperate attempt at justifying a decision that was widely condemned around the NBA, but it’s not entirely without basis.

The Grizzlies were 7-12 when Fizdale got the boot, had lost eight in a row, and were 3-7 in close games (games within five points with five minutes remaining). In fairness to Fizdale, they were 7-5 with star point guard Mike Conley in the lineup, and completely collapsed when he got injured. Mario Chalmers and Andrew Harrison is a steep point guard drop off from the quietly brilliant Conley.

The previous season, in 2016–17, Fizdale’s rookie campaign as a head coach, the Grizzlies were fine in clutch situations. In the 46 games that were within five points with five minutes remaining, Memphis went 24-22 (.522), the 14th best mark in the league in close games. That’s O.K. for a first year head coach. Granted, the Grizzlies were a perennial playoff team back then, but this 46 game sample should drown out any notion of Fizdale as a historically flawed clutch-time coach stemming from a noisy 10 game sample a season later.

Boston landed Al Horford in his prime in free agency before the 2016–17 season, and suddenly—BOOM!—the Celtics go 32-17 (.653), jumping up to second in the league in clutch games converted. And Brad Stevens is a genius.

None of this is to denigrate the undeniable talent of Stevens, but to highlight that development, and the patience it requires, applies to young coaches as well as young players. Talent and time are the raw ingredients of late game execution, and the Knicks are sorely lacking in the former, so it would be wise to give Fizdale some rope with the latter. As this season’s struggles continue (spoiler: they will!), only so much accountability can reasonably fall at Fizdale’s feet.

Of course, Fizdale doesn’t get an 82-game free pass. New York doesn’t do free passes. I don’t think Fiz would want one, anyway (that’s why we love him).

The enigmatic Knicks head man will screw up late game situations. He already has, admitting so after TKW’s own Reid Goldsmith queried the team’s repeated failure to execute in the closing minutes of a painful, 107-101, loss to Victor Oladipo and the Indiana Pacers this season. Fizdale commented on one blundering play in particular, with 1:30 remaining, out of a time-out, saying, “We ran the play wrong, we had about five of those tonight where we came out of a timeout and we were running into each other.” Players running into each other on an ATO in a close game at home, is, from a coaching and players perspective, suboptimal.

Enthusiasm for the Knicks’ newfound third-quarter competence should not be diluted by what happens down the stretch. Fizdale and his staff have this group of Knicks consistently in the hunt for games, and that competitiveness, with a bunch of exciting young players, is cause for celebration rather than consternation.

This season is going to be bumpy. Best to enjoy the ups, and try not to put too much stock in the downs. This is easier said than done in New York, where fans and media alike build up and tear down heroes and villains with the subtlety of a flamethrower—especially when it comes to head coaches. This is a developmental season for David Fizdale, as well as his Knick pups.

Next time you’re staring at the TV, in the painful epicenter of another Knick fourth quarter meltdown, wearing an expression of peak Mike Woodson-esque sideline bafflement, remember—if you can—that history tells us not to judge young coaches with young teams too harshly, or too quickly.