Diving Into RJ Barrett’s Awesome Start to the Season 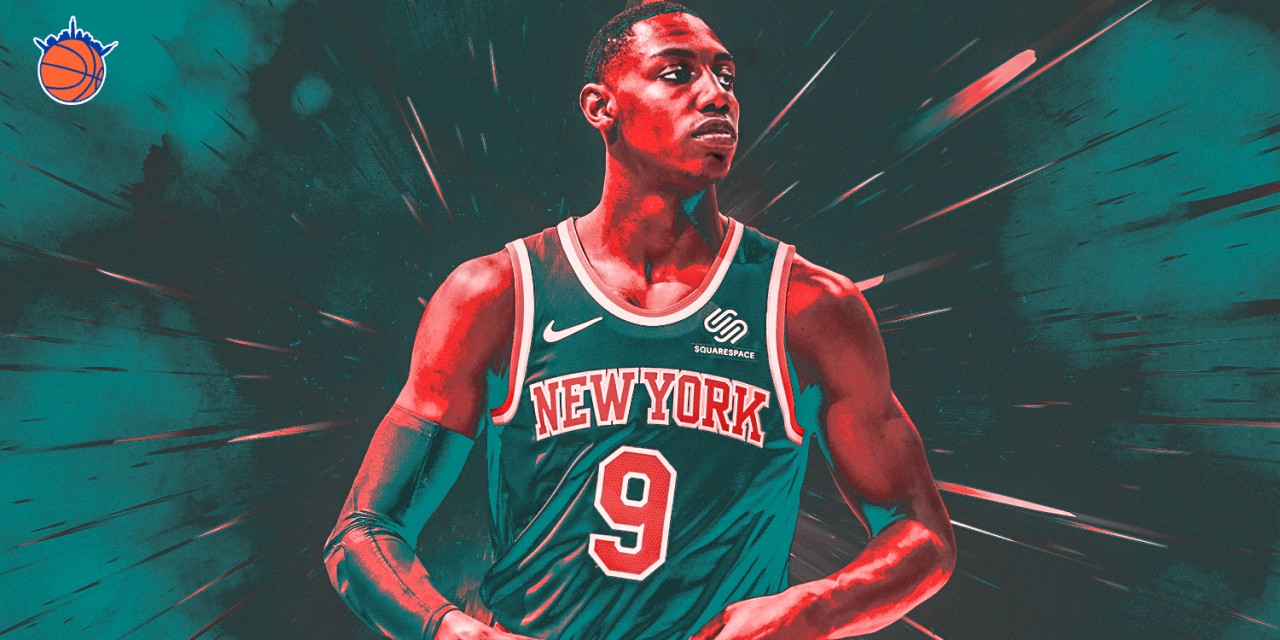 RJ Barrett is off to a hot start for the Knicks in his rookie season. How has the Duke product already been able to keep up with the pros?

Through seven games, R.J. Barrett has been the Knicks’ best player—and it isn’t particularly close. The 19-year-old has displayed his lethal, innate scoring ability while stuffing the stat sheet and even showing off his ability to run the offense from the point.

His 18.3 points per game ranks third among rookies behind Kendrick Nunn and Ja Morant. Barrett also ranks in the top five in rebounds, assists, and steals among first-year players, per NBA Stats.

Barrett has been thrown into the fire by David Fizdale, garnering a ton of minutes during this early season stretch. The Maple Mamba has answered the bell and has been one of the few bright spots on a Knicks team that has played bad ball thus far to say the least.

It is impressive that Barrett has outshined well-compensated free-agent veterans like Julius Randle and Marcus Morris; one can only imagine the hype surrounding the Knicks if those guys were balling as well as Barrett has.

Natural Feel For the Game

The most impressive aspect of Barrett’s great beginning to his career is how easy the game comes to him. Growing up, he lived and breathed basketball and was exposed to it for a large part of his life, due to his father Rowan Sr., who played and coached the game for many years. It bodes well for Barrett that he has the game in his blood—that gives him a leg up on his rookie counterparts. Barrett, a shooting guard/small forward by trade, plays the game much more fluidly and maturely than most teenagers. Fizdale recognizes it, and has given him the opportunity to run the offense on several occasions.

Unlike what we saw last season from Kevin Knox, who was hesitant and deliberate at times, Barrett has been a quick decision-maker on the offensive end of the floor. He has not been a ball-stopper thus far, and usually is able to get the rock to the right player at the appropriate time. When Barrett sees an opportunity to shoot or slash to the basket, he does it with conviction, and rarely gets caught in no-man’s-land.

Look at Barrett in the above clip read the floor beautifully. Instead of forcing up a contested, off-balance jumper, he uses his court vision to find Mitchell Robinson rolling to the hoop and delivers a perfect pass for an easy two points. Sure, the game is out of reach at this point, but this is a microcosm of how awesome Barrett has been in his decision-making this year.

Will we see Barrett make some boneheaded mistakes at times this year? Absolutely. But given what we’ve seen at the point, the growing pains we usually see with young players probably wont be as arduous due to the fact that he is mature and NBA-ready.

Yesterday, Coach Fizdale came under fire after running Barrett for 41 minutes in an embarrassing blowout loss to the Sacramento Kings. Fizdale responded by dismissing the notion of load management for Barrett, and he followed up a question about his playing time saying “I’m 19, I’m good.”

With load management becoming more common in the NBA, it is good to see Barrett willing to play 35-40-minute games without worrying about managing himself for the end of the season. The rookie has said all the right things since he got drafted, and this is another example of that: wanting to go out there and get as much exposure as possible to grow his game and help his team win. You love to hear things like this from your future star if you’re the Knicks.

Barrett has likely done much losing in his basketball career, between high school and his successful freshman season at Duke, so coming to a losing franchise like the Knicks is an adjustment. He has handled himself exactly how he should, and has already displayed the correct attitude for success—not only in the NBA, but in the pressure cooker we call New York City.

The Knicks have been atrocious from the free throw line to start the season, shooting a league-worst 66.8% from the charity stripe, per NBA Stats. Barrett has been even worse from the line, shooting a dreadful 47.6%. Think about how much better Barrett’s scoring numbers would be if he was knocking down free throws at even an average clip.

During his lone season at Duke, Barrett shot 66.5% from the line, per Sports Reference, so this has been somewhat of a weakness in his game for the better part of his high-level basketball career. Through seven games, this isn’t something to be super concerned about yet, but making your foul shots is important—especially if the Knicks continue to find themselves in close games.

»WATCH: RJ Barrett, the silver lining vs. the Kings