Do the Knicks Answer Celtics’ Call to Move Up in the Draft? 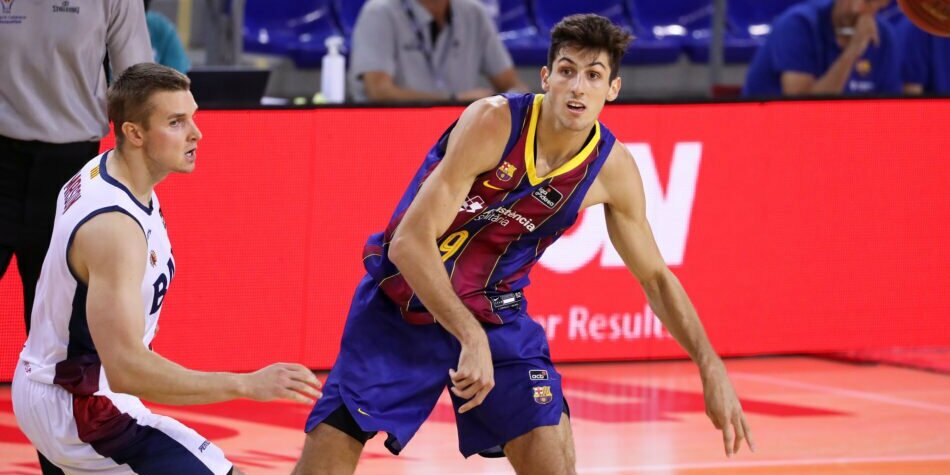 With the Celtics searching for a trade partner to move up in the NBA Draft, the Knicks could at least get on the line and check the cost.

According to The Ringer’s Kevin O’Connor, the Boston Celtics are looking to move up in the 2020 NBA Draft. In The Ringer’s mock draft, O’Connor relayed that Boston is looking to move all three of their first-round picks to move up into the high lottery and that “currently, no one is biting” on that offer. The Celtics currently own the 14th, 26th, and 30th picks in November’s NBA Draft.

While it remains to be seen if the Knicks would be interested in such an offer, they should at the very least consider the idea of moving back in the draft.

The biggest concern is the drop in talent from the eighth pick to no. 14. That could mean the difference between an elite player and a player who needs a bit more time to develop—a position the Knicks are all too familiar with over the last five drafts. It also doesn’t help that the Knicks are directly assisting a division rival.

In terms of talent, the Knicks move into murkier territory. The big names, like France’s Killian Hayes, Auburn’s Isaac Okoro, and Dayton’s Obi Toppin would likely be off the table. It does, however, open the door for the likes of Kentucky’s Tyrese Maxey, Florida State’s Patrick Williams, and New Zealand’s R.J. Hampton. All three are talented but could use some more polishing.

From there, things get more interesting if the Knicks move back. Moving back would give New York an unprecedented four first-round picks, with three at the end of the first round.

Maxey, a Kentucky guard with interest already noted from the Knicks and a fan on the coaching staff in new assistant coach Kenny Payne, would be the biggest target for New York. Moving back six spots would also re-introduce Aleksej Pokusevski into their sights. Pokusevski would need time to develop, but possesses the upside the Knicks should strive for.

The second is a bit of an unfamiliar name to the Knicks draft—Barcelona guard Leandro Bolmaro.

Bolmaro is a 6-foot-7 guard who possesses similar abilities to R.J. Barrett—good, NBA-level size, good creation and ball-handling ability, and a poor, yet developing jump shot. Bringing him into a roster now would create some overlap among New York’s other guards. However, the intrigue with Bolmaro is that the Knicks could keep him stashed overseas for a season or two before bringing him over. Letting him get more minutes with Barcelona would allow New York to develop another prospect and create a bit of a pipeline of future young talent coming into the roster for the next few seasons.

Other names brought into the mix that could intrigue New York include Arizona’s Josh Green (a 3-and-D wing), Washington’s Jaden McDaniels (an all-around forward with shooting and defensive upside), and France’s Theo Maledon (a young point guard with size and the ability to run an offense).

In a roundabout way, the idea behind moving back would be to allow the Knicks and their new front office to bet on some of the higher prospects in the draft. While players like TCU’s Desmond Bane or College of Charleston’s Grant Riller—guys they can still draft—offer an instant impact, players like Pokusevski, if they hit, could change the course of the franchise.

One door it opens for New York is being duplicative with addressing the point guard position. Again, a trade back removes the top targets at the lead guard spot, but along with Maxey, North Carolina’s Cole Anthony, and Stanford’s Tyrell Terry are in New York’s view. Anthony, whose stock has fallen since the collegiate season, still possession pick-and-roll ability and shooting. Tyrell Terry’s frame is slight but parlayed a strong freshman season (14.6 points, 3.2 rebounds, 40.8% from three) into a potential top-20 pick.

It also helps a potential Chris Paul trade. No, the Knicks aren’t going to turn around and offer Oklahoma City the 14th pick for Paul. However, the Knicks would have that additional first-round pick to the Thunder, while also opening up a pinch more cap space, going from 8 to 14 overall.

While it wouldn’t be New York’s first choice, Chris Paul and Tyrese Maxey would be an interesting combination to operate the point guard position. Paul would assume a starting role and would act as a mentor, while Maxey can come in, learn from Paul, and assume the starting spot as Paul departs.

The New York Knicks seem to be settling into the top eight of the draft, with their eyes on several different talents and options if the teams above them make a mistake. However, if the Celtics do call and offer all their of their first-round picks, the idea of moving back, saving a bit of money for a potential Chris Paul trade, and still having the chance to acquire high upside players must be considered.

»READ: Patrick Williams is modern basketball. The Knicks could select him at 8.

»READ: How the Knicks could successfully trade back in the 2020 NBA Draft