Do the Knicks Have a Plan for What Comes Next? 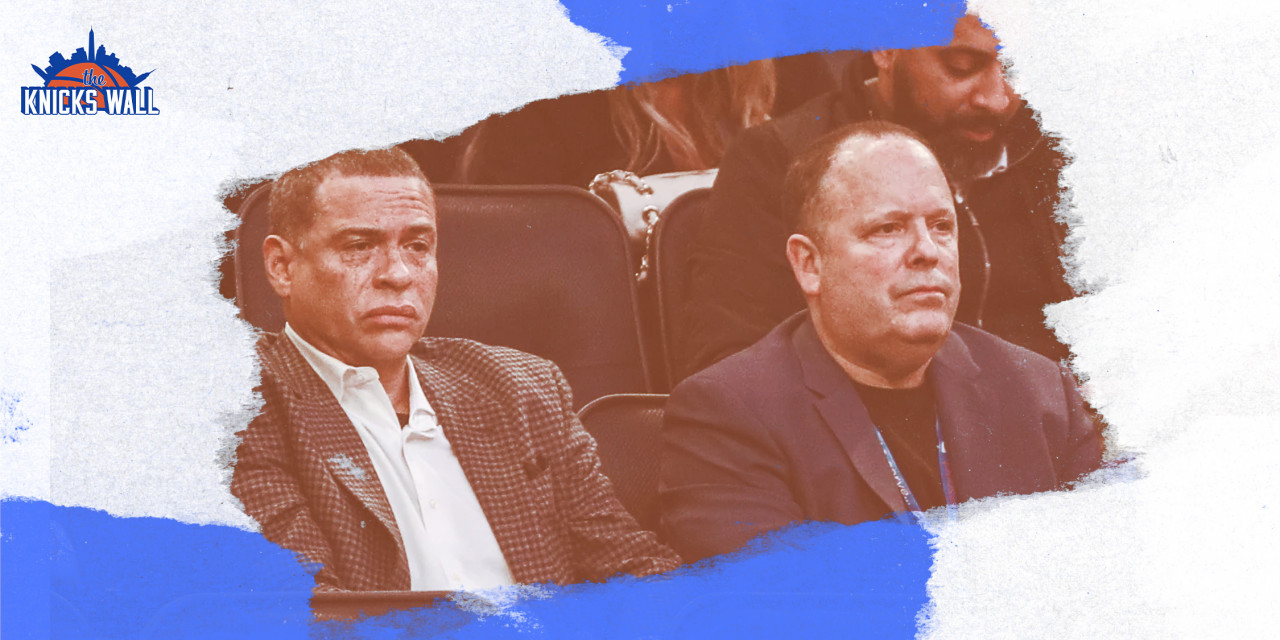 Leon Rose and company slept through the NBA trade deadline. It makes the Knicks front office’s job that much steeper from here.

When I think back to my early years as a basketball fan, a recycled panic comes over me. As much as I now appreciate the New York Knicks, I used to clamor for their demise. And so every time I heard that a marquee free agent may or may not have been considering joining New York, I shuddered. For one, I couldn’t stand the idea that anyone but my Celtics could gain prominence in the Eastern Conference (I hated the Heat and Cavaliers, too; I was a petty kid).

But for whatever reason, I felt particular contempt for the Knicks, a vendetta born from the fact that the team’s brass just believed that the best basketball talent in the world would descend upon New York simply because it was New York. Whatever that meant. I couldn’t understand why players like LeBron James or Kevin Durant would want to play alongside meager contemporaries in search of a championship. I felt as though players would much rather join successful teams that were prepared to win than join a team based on its location and business opportunities. The Knicks’ steadfast, Field of Dreams-like mission of “if you are in New York, they will come” never really seemed to work, yet it frustrated me all the same.

I reconsidered these feelings of disdain as the trade deadline came and went without a move from Leon Rose and co. because it seems like the Knicks are preparing to fall into old habits. Sure, they die hard, but by failing to be aggressive at the trade deadline for what feels like the umpteenth straight season, New York’s decision-makers once again seem content to wait it out.

Pardon the blunt nature of this retort, but: how’s that been working out for you?

The Knicks have made moves, don’t get me wrong. It’s just that none of those moves have served the team in the long run, nor vaulted it into a winning program in the least. After an exciting 2020–21 campaign was punctuated by a disappointing first-round exit at the hands of Tr*e Y*ung and the Atlanta Hawks, the aim should have been to ensure that the word “fluke” never came close to being applied to last season’s epic run. We’re past that now. We’re one step away from calling this season a full-on disaster.

Adding Evan Fournier and Kemba Walker while re-signing less-than-earth-shattering staples like Alec Burks, Nerlens Noel, and Taj Gibson didn’t exactly do Rose and co. any favors last summer. Save a few 30-point explosions against Eastern Conference foes, fans have been speaking Fournier’s exit into existence since the moment he arrived. Burks, Noel, and Gibson have been iffy contributors at best, with Burks being the most reliable of the trio only because he’s had to play the point. That’s because Kemba Walker hasn’t worked out either. He’s been in and out of Thibodeau’s good graces as a playmaker; yesterday, it was announced that Walker and the team have mutually agreed to sideline him for the rest of the season. He’ll use that time to prepare to play elsewhere next season. Kemba’s dream homecoming has played out like a borderline nightmare.

I’ve yet to mention Julius Randle’s regression despite his optimistic extension last offseason, nor have I touched on New York’s midseason trade for Cam Reddish, which, in hindsight, just helped Atlanta unclutter their rotation as it actively cluttered that of the Knicks. It made some sense overall—young wing with potential as a scorer who has yet to spread his wings in the NBA—yet still ultimately felt like a shot in the dark. He’s yet to find a fit in Thibs’ rotation, and in nine games, has yet to make a dent. It’s a small sample size, but his returns have been anything but promising.

Much like the team’s as it stumbled into the All-Star break. In the 15 games before the break, the Knicks went 3-12, tied for the worst record in the league over that stretch with Houston, Detroit, and the crosstown Brooklyn Nets, who have their own set of issues. New York’s Offensive Rating is the NBA’s fourth-worst during that stretch: 108.0, on par with the Pistons and Magic.

Over the course of the entire season, New York’s starters have been outscored by 13.4 points per 100 possessions. As ESPN’s Zach Lowe recently put it, the Knicks “may as well start games down 10-0 and bring the subs in. At some point—probably 15 games ago—Tom Thibodeau has to change something.” True. And yet, arguably the team’s most dynamic player, Obi Toppin, has logged a night of 15-plus minutes just once since the end of January. Immanuel Quickley, another bountiful source of electricity, is entrusted with plenty of time on the floor yet can’t be trusted as a scorer. He often forces his shots, thus doubling his offensive opportunities, never mind the fact that all of them end a similar way: empty trips.

Perhaps that’s a fitting analogy for this season as a whole. A prime opportunity met with empty returns.

The remainder of this season for the Knicks should be less about what the front office hopes to do in the immediate future and more about what can be salvaged from this group as the franchise looks ahead long-term. Following the team’s collapse last Wednesday against the Nets—a game in which they held a 28-point advantage—Tom Thibodeau told reporters of the opportunity to reboot following the All-Star break. “Everything is on the table now,” he said. “Everything has to be merit-based. You earn what you get. You look at everything. How are we going to manage this? If a guy is playing good, he plays. If the team is functioning well he should play. The team has to come first for everyone.”

That should’ve been the case all along, but fair enough. Ideally, this ideology will result in more minutes for Toppin, who perhaps uses the opportunity to deliver a message of his own: it’s time to play me, no matter who it impacts in the minutes department. If Thibs is truly prepared to follow through on this idea, it should see him offering more time to his youngest players across the board. Quentin Grimes and Miles McBride provide consistent jolts to the offense every time they enter the game, as does Toppin. Not so coincidentally, these players are all reserves, being forced into the job of making up for starter’s lackluster efforts for the period before their substitution.

This routine seems to occur like clockwork, yet Thibs is unwilling to give his youth more clock to work with. He loves his vets, even when they fail to provide the boost this team needs in the long run. Really, he plays the waiting game with his starting group just as much as the Knicks have always played the waiting game with free-agent stars. It’s an odd pairing; a counterproductive one that, yet again, looks to be failing the franchise.

Maybe the Knicks have been gearing up all along for some humongous, historic trade unlike that of which we’ve seen in the NBA’s 75-year lifespan. Maybe Zion Williamson’s camp has been quietly communicating with the Knicks since he landed in New Orleans, and once his foot heals—I won’t hold my breath—he’ll be bolting for New York, or at least be furiously requesting a trade from the Pelicans that lands him at MSG. The issue with that idea is that it’s a song and dance we’ve heard for the better part of a decade now. “It’ll happen” always results in “well, it was close to happening, but next time!” Eventually, the players that actually are promising and should be part of the Knicks’ future will want to bolt themselves, for teams aren’t patient to a fault.

There’s no quick fix that the front office can snap into action, thus reshaping this team’s fate in the short term. But there are subtle, yet pivotal alterations that can at least help paint a picture of what New York’s scheme should look like, now and later. Really, it comes down to whether or not the front office and coaching staff are willing to budge for the sake of its core. If not, this waiting game that has plagued the Knicks since the days of Carmelo Anthony will end in yet another internal reset. That hasn’t worked yet. Why would it now?

»READ: Does Tom Thibodeau have long in New York?