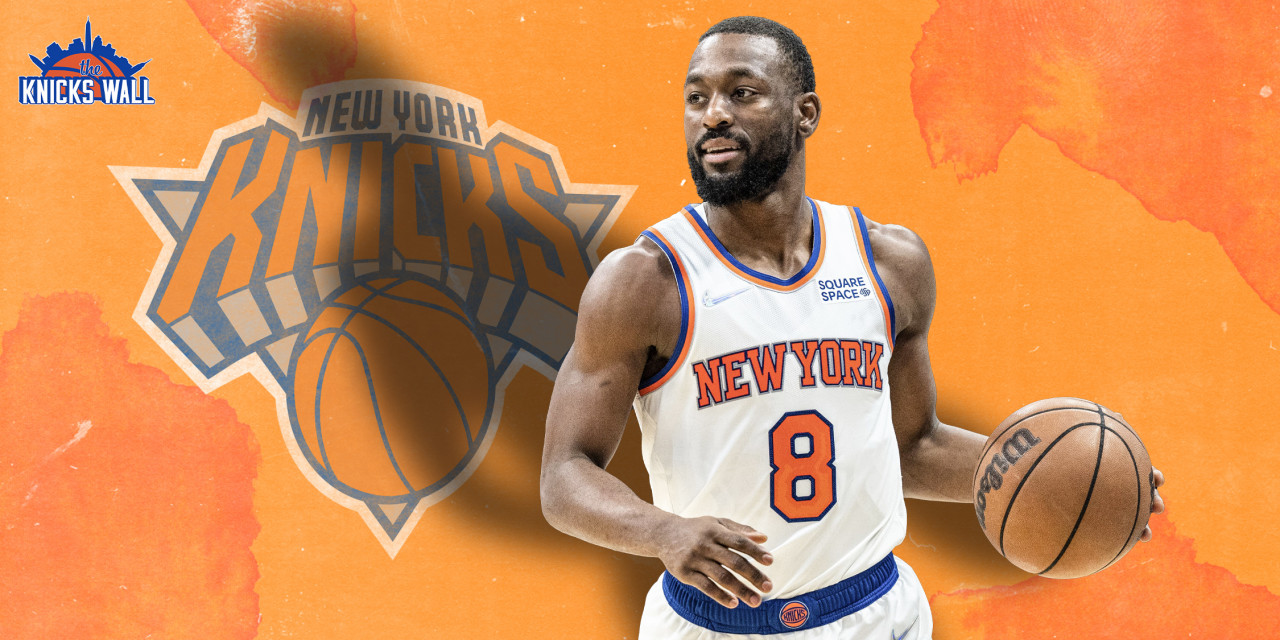 A break-in-case-of-emergency option on Saturday, Kemba Walker showed how he could contribute to the Knicks, a team spiraling after benching the former All-Star.

Let’s play the blame game for sure…

It is only natural to look for someone to blame when things go wrong. This is true in life, as well as in the National Basketball Association. Tom Thibodeau is not necessarily known as the most malleable coach in the NBA, so when the going got tough, the 10-year head coach doubled down on his guys. That is, of course, the guys with whom he had so much success within his first season with the New York Knicks, where he led them to the playoffs for the first time in nearly a decade on his way to his second Coach of the Year award.

That left very few choices of “scapegoat” for the 2021–22 Knicks. Given the limitations and the current roster construction put together by Leon Rose and company, even fewer rotational changes were on the table. The major decision that Thibs went with was of course to not only pull Kemba Walker from the starting lineup but the rotation entirely.

It was nearly a month without playing a minute for the Bronx native, having sat from November 27th to December 20th, when a COVID-ravaged roster brought him back into the starting lineup. In the 10 games that “Cardiac Kemba” was bench-ridden, the Knicks went a measly 3-7, even before health and safety protocols hit players every other day.

When looking at the Knicks roster, it is clear to see why Thibodeau made the decision that he did. Kemba Walker is a career 20 points-per-game scorer who was only averaging 11.7 points per game. That, parlayed with Kemba’s league-bottom defense, made him a particularly bad fit for the defensive-minded Thibodeau. The advanced metrics defend this decision and, quite frankly, Thibs had very few options in regards to front office value as well as the court of public opinion from the Knicks faithful.

Walker, however, is a consummate professional and has handled the whole situation with nothing but grace. Nothing represented this more than when his name was called off of three weeks’ rest and he came out guns blazing ready to help and contribute. While the Knicks were unable to get the victory against the Celtics, it was not because of a lack of effort from the UConn Husky. Walker contributed 29 points when returning to the starting lineup and came out cooking in the first quarter. The aggression and readiness from Kemba not only spoke to him as a professional but also to the value he can provide.

While you cannot blame Thibodeau for making the call that he did, it does not appear to be getting better. Whether you believe the reports that Walker and Thibodeau have not spoken since the benching or not, the tension is clearly palpable. Thibs was reluctant to even talk about the situation with Walker and did not play him until he was given no possible alternatives.

There is nary a coach with more of an old-school reputation than Thibodeau, and this sort of stuck-in-his-ways personality should not come as much of a surprise. Stubbornness was one of the most defining traits in his tenure in Minnesota and one of the reasons some Knicks fans were hesitant about the hire two years ago.

There were very few options to consider when looking at these issues early in this season. One could (and did) make an argument that shaking up the lineup with the young guards is the best alternative to the stagnant rotations we have seen this year. However, to give someone minutes means they have to be taken from someone else.

Walker is the easy choice because the numbers, analytics, and eye test all align to support that decision. The next decision may not be so simple when minutes are coming from someone like RJ Barrett or Julius Randle, who may not have progressed in the way that you were expecting or, even worse, may have regressed. So while Obi Toppin is someone that many fans would agree is past due to be given more of an opportunity, nobody should be expecting Thibs to lessen the minutes of their 2021 All-Star.

Evan Fournier is the name fans want to see here as the guy replaced, but the Knicks front office may be more gung-ho to see their $78 million man resigned to the bench. So while we may see an uptick in minutes for guys like Quentin Grimes or “Deuce” McBride on the other side of their health and safety protocols, it remains unlikely that there will be a substantial change. Just as I would not expect to see Kemba Walker return to the starting lineup or even the rotation once Thibs has a reloaded arsenal of players from which to choose.

There is no one person to blame for the issues this season on either end of the ball. While it may just be a few years too late, or just the wrong player for this coach, the Kemba Walker experiment has been an unmitigated failure. Walker is clearly unhappy with his new role, and it does not seem as if Thibodeau will give him another opportunity.

Kemba Walker on not playing previous 10 games for #Knicks after scoring 29 points vs. #Celtics pic.twitter.com/3tGWOnF2dd

It remains to be seen if another major change will be made by this coaching staff, or if the front office will take the choice out of their hands by mixing things up at the trade deadline. The fans as a whole have already turned against Fournier, and the vocal minority with complaints against Julius Randle are getting louder and louder. It is up to Thibs et al. to figure things out and calm the nerves of one of the most anxious fan bases in the league.

While nobody blamed Thibs when Kemba got pulled from the lineup, the performance and record in the time since have made it abundantly clear that it did not fix whatever problems are occurring. The 10-year vet proved he is ready and can still contribute at a moment’s notice seemingly just to reiterate what he is capable of. Who knows, maybe that will help bolster his currently nonexistent trade value. We do not know much at this point, but we know that Kemba Walker was not to blame for all of the shortcomings of a Knicks team currently three games under .500.