Does Mitchell Robinson Have a Future With the Knicks? 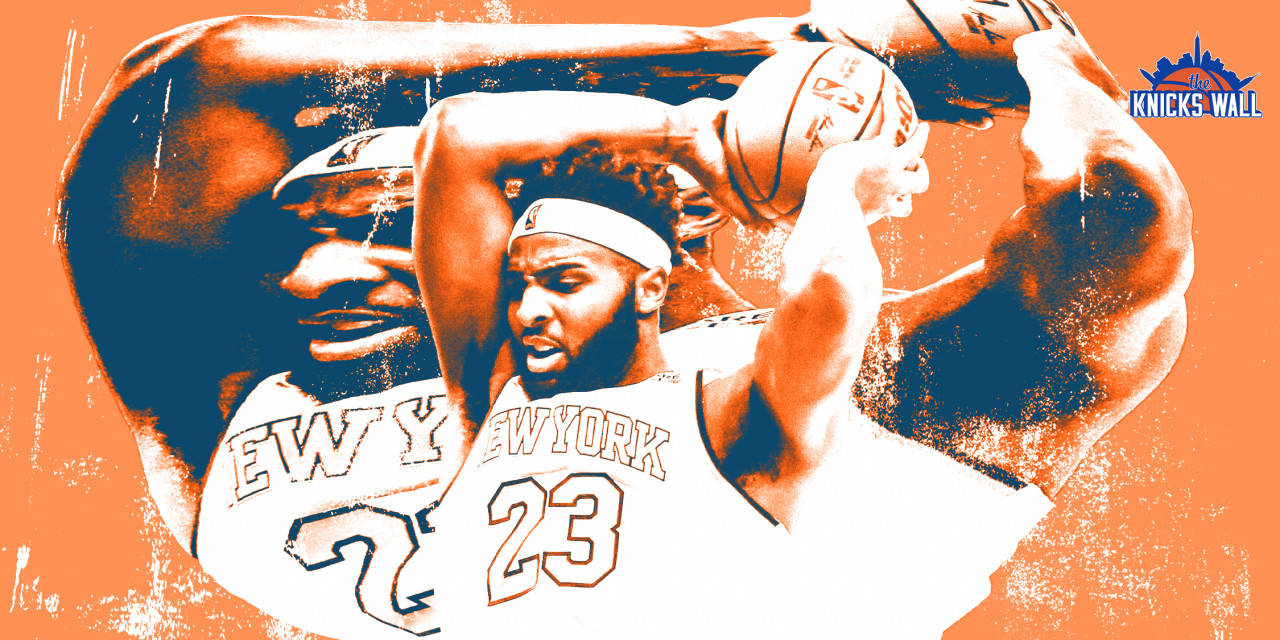 As we move closer and closer to the end of his rookie contract, the conversation about Mitchell Robinson, his recent play, and whether the Knicks should re-sign him to a new deal or not draws near.

When discussing the New York Knicks and their youth, the time is now for New York to lean on their kids. It starts with RJ Barrett and his growing influence in the offense, taking over the lead role from Julius Randle, before shifting to Immanuel Quickley starting at the point guard position, Quentin Grimes playing himself into considerable rotation minutes as a 3-and-D wing, Obi Toppin needing more minutes behind Randle, and new addition Cam Reddish getting on the floor and into Tom Thibodeau’s rotation.

But lost in that is starting center Mitchell Robinson, who seems to be back in his old ways. In the month of January, Robinson is averaging 11.1 points and 9.0 rebounds per game. His per-36 averages of 12.0 points, 12.0 rebounds, and 2.1 blocks fall in line with his career averages, and his fouls per game have decreased to 3.8 per 36 minutes. His blocks are down as well, a symptom of moving from the free-range Fizdale system to Thibodeau’s more structured defensive system, but he’s still solid at altering shots at the rim.

Continuing What He Is On Offense

MY GOD IS THAT MITCHELL ROBINSON DRIVING AND THRIVING??? pic.twitter.com/kQ2GXXyI6G

It seems like years since we’ve seen Robinson shooting threes in practice. Those videos lead to the desire for Robinson to extend his range. However, Robinson has made zero strides in his outside shooting and his poor free-throw shooting—54.7% in 2021–22, 56.3% for his career—suggests that the shooting will never come around. At this stage in his career, it’s best to ignore the idea of Robinson ever becoming a shooter and continue to work with him as an elite threat around the rim.

Robinson remains one of the best finishers in the league. Currently sporting a True Shooting percentage of 74.9%, Robinson would be better off working on a small hook shot from either block than the outside shot he flashed in practice videos before. Add in a point guard who can properly find him for the occasional post touch and alley-oop and Robinson will remain one of the better rim-running big men in the league.

The Defense Has Been Good, But Not As Great As Before

Defensively, it’s a different story. Robinson came into the season recovering from injury and behind Nerlens Noel in the pecking order. Once he eclipsed Noel to reclaim his position as a starter, he’s played with mostly the starters—poor defenders like Kemba Walker, Evan Fournier, and the current iteration of Julius Randle. As a result, his on/off numbers are poor this season, with Robinson rated as a -4.8, via Basketball-Reference.

But the individual numbers are fine for Robinson. A 0.5 DBPM and 0.3 DEPM both signify that while the defensive numbers have dropped off a bit, he’s still positive on the floor. In a world where the Knicks rebuild their defense to a top-10 level, Robinson should remain the center. However, the Knicks must find better defenders around him. The combination of Walker and Fournier has severely hampered a team that ranked in the top five in defensive efficiency.

This is where the youth can assist once again. For example, a lineup of Quickley, Grimes, Barrett, Randle, and Robinson makes a ton of sense as a potential lineup that allows Randle and Barrett to work well and operate the offense, with Quickley creating shots for others. Despite their poor shooting seasons, that lineup can go with four players spacing the floor and Robinson as an elite lob threat. Defensively, Quickley, Grimes, and Barrett have all flashed moments of solid defenses and at worst, can funnel drivers into Robinson, who can alter their shots.

So it leads to what the Knicks should do next with Mitchell Robinson. A pending unrestricted free agent, the Knicks have the ability to extend his contract, up until the end of the season. After signing Nerlens Noel to a three-year, $30 million deal this past offseason, a Robinson extension would put a ton of resources into the center position. In today’s NBA, that’s not a good idea, but on the Knicks, where Thibodeau prioritizes two centers in his nine-and-a-half man rotation, bringing back Robinson would be fine because he would largely play.

For both parties, something that gets Robinson paid now, then decreasing the deal would be worth it. Something around four-year, $43 million would get Robinson, a second-round pick who hasn’t eclipsed $2 million in a single season, a sizable upgrade while offering a flexible contract in the future and secures a player through his age-27 season. If New York can somehow upgrade the point guard position this summer, this is a steal of a contract for someone who can offer a skill set similar to Atlanta’s Clint Capela—who was the second-best Hawk in the playoff series between these two teams last summer.

Mitchell Robinson has bounced around in his Knicks tenure, from shot-in-the-dark second-round pick to the best prospect on the roster, to a forgotten, injured player, to now, a solid big man. All at 23 years old. Now, the Knicks have to make a decision on their future center. Even with the recent re-signing of Nerlens Noel this past offseason, Mitchell Robinson has remained a solid defender and a Tyson Chandler-like presence at the rim. The Knicks, who should further lean into their youth in the coming months, should extend Robinson and continue to view him as a viable starter.