Does Nerlens Noel Have a Long-Term Future With the Knicks? 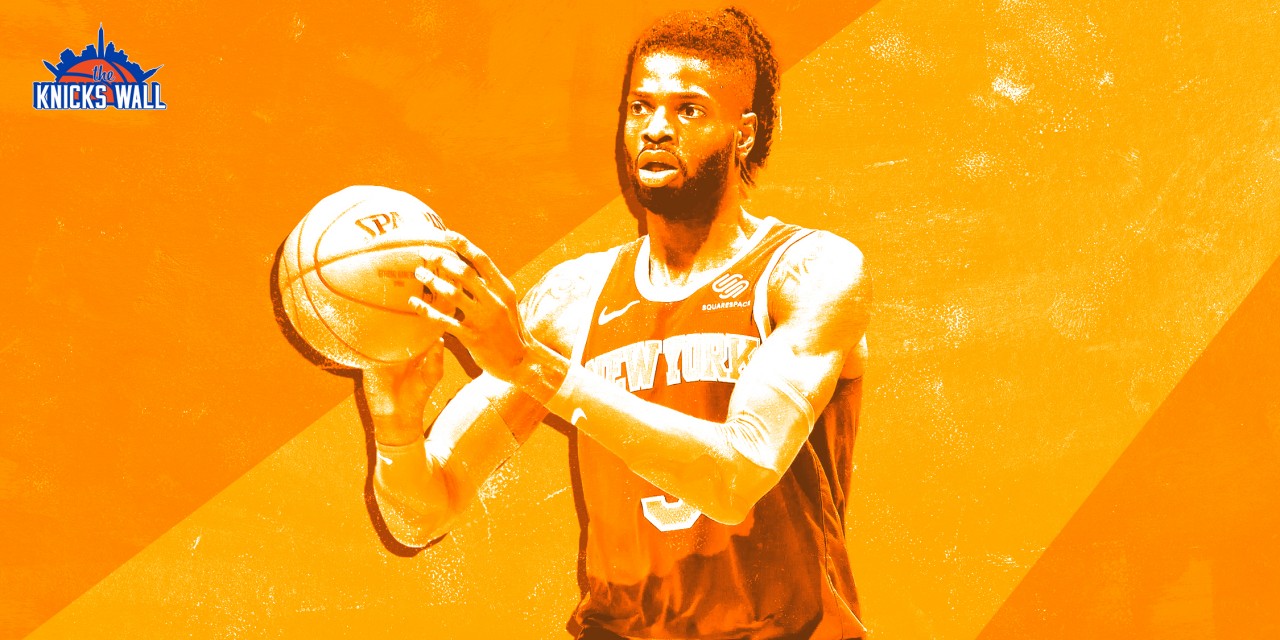 Nerlens Noel has been a surprisingly effective plug-and-play substitute center for the injured Mitchell Robinson. The Knicks may want to keep him beyond 2021.

The 2020 offseason was uneventful for the New York Knicks from a free-agency perspective. For the second straight year, the Knicks signed players to short-term deals that they could look to flip in the offseason, a plan that ended up netting them Immanuel Quickley in the 2020 NBA Draft with the pick acquired from trading Marcus Morris.

However, with the Knicks currently at 20-20 and seventh in the Eastern Conference, it’s hard to see them selling at the March 25th trade deadline. Given that most Knicks offseason signings will likely remain with the team following the deadline barring unforeseen circumstances, it’s time to look at the long term for arguably the most successful player out of this bunch: Nerlens Noel.

Noel has bounced around the league. He’s been on four teams in his seven-year NBA career, where he’s averaged 7.7 points per game, 6.2 rebounds, and 1.4 blocks. Add that to the fact that he was the no. 6 overall pick in the 2013 NBA Draft and the first overall recruit out of high school in 2012, and you can say Noel has fallen short of original expectations in the NBA.

That being said, for the first time in Nerlens Noel’s career, it seems like he’s found a system he could thrive in the long-term. Noel’s strength is defense; he’s an old-school type center, and that’s leveraged perfectly on a Tom Thibodeau-coached team.

Through 38 games, Noel is having one of his best defensive seasons. He’s averaging two blocks per game, which would be a career-high if the season ended today. He has an 8.9% block percentage, which would also be the highest of his career, and a defensive box-plus-minus of three. Additionally, Noel has started 13 games in place of injured Mitchell Robinson, and has averaged 6.5 points, 7.2 rebounds, 2.0 blocks, and 1.1 steals during this span.

It’s clear that Noel is a valuable role player to what’s currently a playoff team, but the question of what to do with him going forward remains. Here are the three options.

The Knicks have Mitchell Robinson currently as the franchise center, but signing Noel as the long-term backup could provide extreme value. Like this season, if Robinson gets hurt, you have a player in his mold to step in for him. Additionally, Noel provides no drop-off from Robinson in terms of defense when he comes into the game off the bench. In fact, it may even be an upgrade right now.

The only thing that would stop the Knicks from re-signing Noel is his nonexistent offensive game. Noel is averaging 4.6 points per game on the season, shooting 60.3% from the field, but struggles to catch the ball—a major problem if he’s thrown lobs or general passes in the paint. It’s caused a lot of empty possessions on offense for the Knicks.

That being said, the Knicks are 8-5 in this 13-game span where Noel has started, so while this may limit offensive potential, it isn’t holding New York back from winning games.

If the Knicks were to re-sign Noel in the offseason, they could probably get him on a two- or three-year deal worth about $5-7 million per season. In my opinion, this would be a no-brainer for the Knicks.

In addition to productive backup center minutes, having Noel on the roster could provide interesting roster flexibility. As mentioned in a previous article, if the opportunity to trade Robinson for an established player arises, then having Noel on the roster could provide a safety net at the center position. Given Thibodeau’s history of being aggressive with roster moves, this could be a likely scenario for the Knicks.

Nerlens Noel walking in free agency is a possibility, but the good news for the Knicks is that old-school centers with the archetype of a shot-blocker and defensive anchor can be found on the free-agent market at an extremely cheap price.

For example, Hassan Whiteside is currently signed to a one-year deal for the veteran’s minimum with the Sacramento Kings. The Knicks could easily sign him, or a player with his skill set if they didn’t want to sign Noel long-term.

Other players the Knicks could look at in free agency if they were to let Noel walk are Gorgui Dieng and Cody Zeller, both players who will probably be available for cheap. The Knicks also have two first-round picks this year, so they could also spend one on a center.

As stated in the article, a trade at the deadline for Nerlens Noel is extremely unlikely, given how well he’s played this season backing up Mitchell Robinson and because the Knicks are in a playoff spot.

If the Knicks were losing games, Noel would be a no-brainer to trade. He’s on an expiring deal and can easily help a contending team. However, that’s not the situation that the Knicks are in right now, despite the fact that everyone thought they would be before the season.

Unless the Knicks are blown away by an offer for Nerlens Noel—which is highly unlikely, especially with centers that are about to hit the buyout market—this will not happen. This is the least likely of all three scenarios.