Does Tom Thibodeau Have Long in New York? 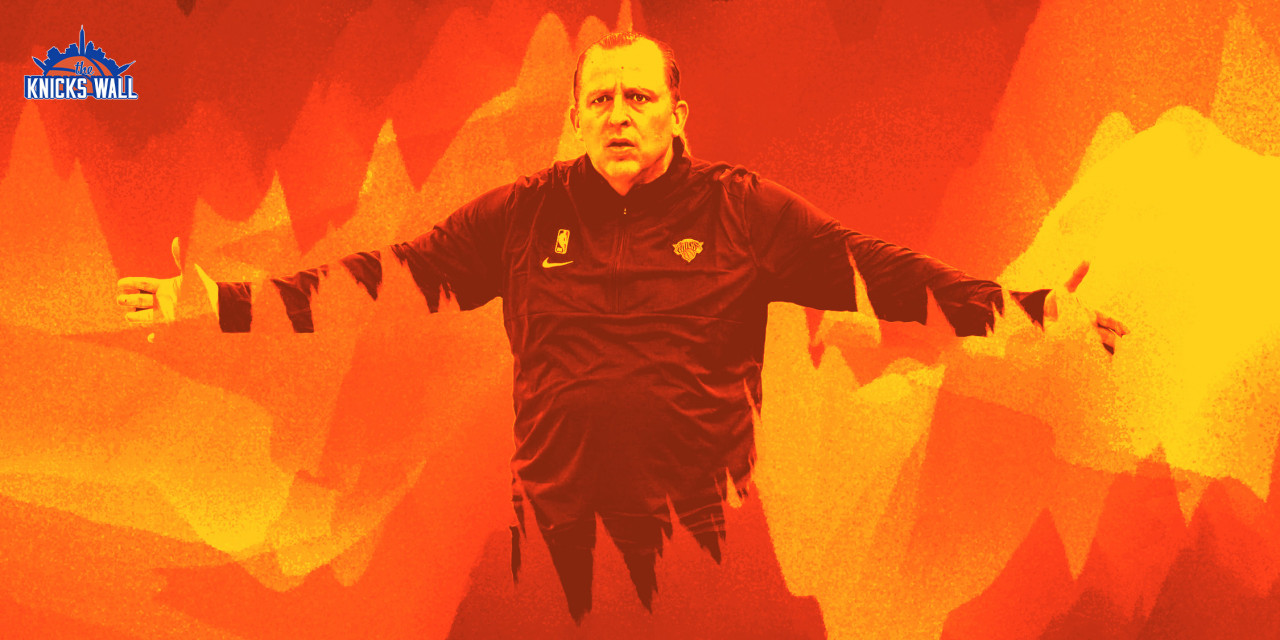 Tom Thibodeau is certainly on the hot seat heading into the All-Star break as the Knicks coach has overseen a tremendous spiral.

A year ago at this time, a proclamation that Tom Thibodeau’s tenure as coach of the New York Knicks would only last two seasons (or less) would have been considered asinine. Despite being 64 years of age, Thibodeau was expected to be here for at least the near future in order to create some extended momentum and help build the ‘Bockers back up to respectability and prominence.

Fast forward to this season, where the Knicks’ struggles have been well documented, Thibs is public enemy no. 1 in the eyes of many Knicks fans. New York currently sits in 12th place in the Eastern Conference standings with a 25-34 record and their playoff hopes are dwindling with each passing game. Not only have the Knicks been losing, but they’ve been losing to lottery-bound teams like the Magic and Thunder as well as blowing 20-plus-point leads to star-less teams as recently as this past week in games against the Blazers and Nets.

Additionally, there has been increased frustration with Thibs and his infatuation with giving minutes to limited and frequently ineffective veterans instead of younger, higher-ceiling players like Obi Toppin and Cam Reddish, which has rubbed many the wrong way. Also, alleged disagreements with Leon Rose on personnel have not been a good look for Thibs, who has been mismanaging his roster and rotations. All of the turmoil and underachievement has been a huge reason why the reigning Coach of the Year finds himself on the hot seat.

The Knicks have been embarrassing and Tom Thibodeau has been inexcusable. pic.twitter.com/UZPtHtwHvX

Last season’s renaissance had a large part to do with Coach Thibs, an established skipper who preached accountability and toughness and brought an excellent basketball acumen to the table that his predecessors like David Fizdale and Jeff Hornacek simply didn’t have. Thibs took home NBA Coach of the Year honors for the second time (2010–11 with the Bulls), effectively changing the culture and helping construct a solid foundation for the Knicks to continue to build. New York ranked tops in the NBA last season in lowest points allowed and field goal percentage allowed, per NBA Stats.

Thibs for sure deserved his flowers for his work last season, especially considering that the Knicks didn’t, and still don’t, have a bona fide top-10 superstar player on the roster. So why has this season been such a failure?

Some viewed last year as sort of a lightning-in-the-bottle situation where the Knicks overachieved while some viewed it as a stepping stone towards maybe a 45-50 win regular season and at least a playoff series win in the 2021–22 campaign. Regardless of the expectations, there is no way one can classify this season as a success.

We all know that winning cures all and deficiencies are often masked when a team is rolling. Thibs’ preference to play experienced veterans over younger guys, regardless of upside, is nothing new. Initially, when Thibodeau arrived in New York, he was looking to flip former third-overall pick and franchise cornerstone RJ Barrett and ascending big man Mitchell Robinson for “seasoned veterans,” according to Yaron Weitzman of the New York Post. Fortunately, Leon Rose disagreed and both Barrett and Robinson are still donning the orange and blue.

With the Knicks still viewed as a rebuilding team last season, while also being an exciting and competitive squad, Thibs’ flaws were often overlooked. Honestly, it made sense for veterans like Nerlens Noel, Alec Burks, and Taj Gibson to be playing a lot because the Knicks were in a playoff race and Obi Toppin was still a rookie who looked out of sorts for many times.

This year, Thibs’ inability to adjust to the circumstances and his rigidity has been extraordinarily troublesome. With New York struggling and veterans like Nerlens Noel not catching basketballs, Evan Fournier and Alec Burks’ inconsistencies and lack of defense it just simply doesn’t make sense why Toppin and Reddish aren’t out there, even if Thibs didn’t want him, Reddish has to be playing, not only because he has a higher ceiling, but the Knicks need to see what they have. I get it, he is an old-school coach and he likely will always be conservative, compared to his younger peers, but the purposes of an NBA coach are to develop talent, create lineups that are conducive to the game flow, and be able to make on-the-fly tweaks and adjustments. Thibs has failed in these departments and that’s why he finds himself on super thin ice.

Do I think a coaching change is going to somehow wake the Knicks up? Yes. In the short term, I think they could go on a little bit of a roll with a new voice in the building, but it’s too late in the season to expect New York to make the playoffs and make some noise. Although Thibodeau deserves the criticism he’s been receiving, he isn’t wearing a jersey and is not the sole reason for the Knicks’ shortcomings. Julius Randle’s overall regression, some questionable offseason signings in Noel, Fournier, and Kemba Walker have been a factor as well.

Coaches are often the scapegoat for a team’s bad season but despite his down season, Tom Thibodeau is still a good coach whose voice has been tuned out and has had some flaws exposed, or rather resurfaced in this 2021–22 campaign. My expectation is the Knicks can Thibs before next season.

Hopefully, Leon Rose and co. are not asleep during the summer, like they were at the NBA trade deadline and do some reshuffling or even overhauling to get better players in here next season. If the Knicks go out and reel in some stars with experience and continue to be in win-now mode, Thibs could be an optimal coach for a unit like that. Having said that, if New York stumbles out of the gate next year, it would definitely be time to send coach packing.