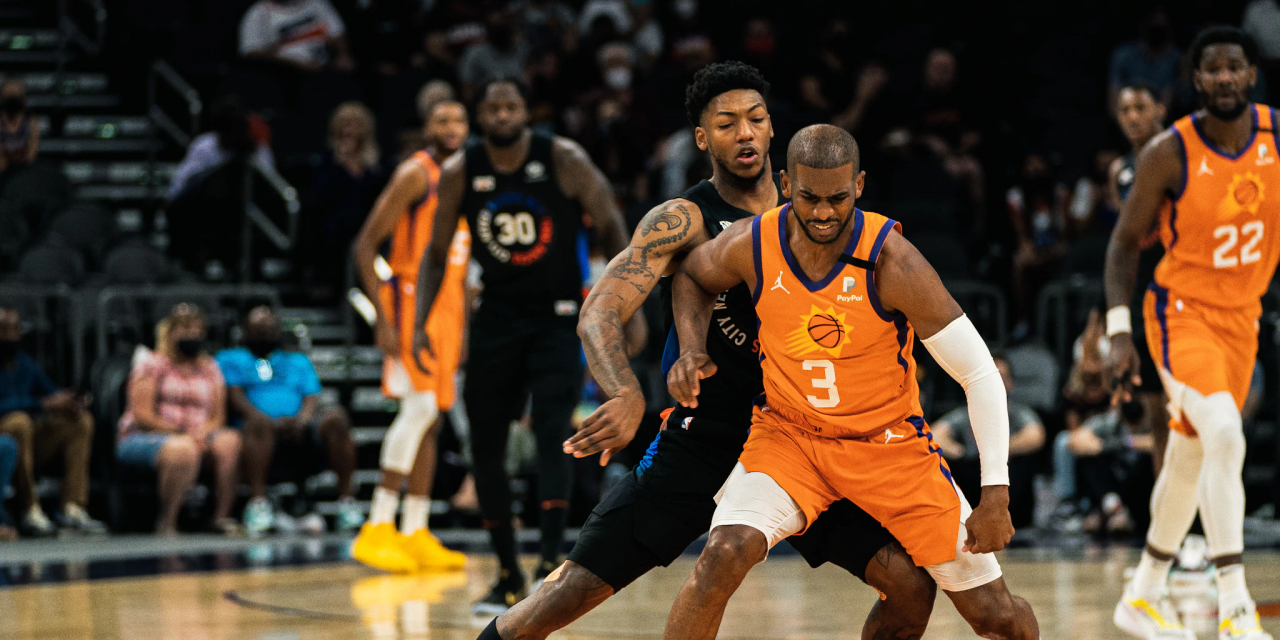 The Knicks are experiencing hardship and blowouts against some of the best teams in the Western Conference. Tom Thibodeau views this as a learning experience.


PHOENIX, Ariz. — For the better part of the last eight years, the New York Knicks were trying to win games, any game. Winning was a rare treat, let alone winning seasons. The Knicks cleared that milestone earlier in the road trip against Memphis, securing their first winning season since the 2012–13 campaign.

Now comes the tough part: beating the better teams in the NBA.

On Wednesday, the Denver Nuggets knocked the Knicks back down to earth, handing them one of the rare blowout losses for New York this season. Yesterday felt different against the Phoenix Suns. At first, the starters fell behind early, with Phoenix taking a 12-3 lead to start the game. The early results trigged a feeling of déjà vu from Wednesday.

Thankfully, that did not end up being the case—at least, not right away.

The offense got back on track quickly, thanks to Julius Randle and R.J. Barrett. Randle finished with 24 points and 11 rebounds, while Barrett followed suit with 23 points and eight rebounds. When Randle and Barrett sat, Derrick Rose and Taj Gibson provided the jolt the offense needed off the bench to keep up with an impressive Phoenix squad. Reggie Bullock hit a couple of threes, Obi Toppin put together some solid minutes on both sides of the ball, and even Frank Ntilikina saw some minutes with New York shorthanded in the backcourt.

As the Knicks began to close out the third quarter, all signs were trending towards an impressive road win.

Then, in one minute, everything went to hell.

The crescendo of a disastrous final minute to the third quarter came with just seconds left on the clock. Barrett had an uncharacteristic lapse in concentration, throwing a poor inbounds pass under the basket, resulting in a Cam Payne steal. Payne’s steal and score gave Phoenix a 90-88 lead heading into the fourth quarter.

Wow, Suns end the 3rd by scoring two buckets in the last second of the quarter. An ugly turn for the Knicks. Cam Payne steals the inbounds with 0.8 seconds to beat the buzzer with a layup, after a Randle airball leads to a run out and layup in transition. Knicks-Suns tied at 88. pic.twitter.com/UhKRHXGJGz

Payne’s bucket completed a 9-0 run in the final minute of the third quarter and opened the flood gates for the fourth quarter.

“We were up 88-81 with a minute to go and the third. So, obviously, we didn’t close the quarter the way we would have liked, and against a team like that, you got to play for 48 minutes,” Tom Thibodeau said about the costly minute. “One minute, a game changed.”

What followed was a showcase of why the Suns are closing in on a 50-win season. Chris Paul hit the NoS with Dom Torreto-like precision, and the Suns began to overwhelm the shorthanded Knicks. The attention the Knicks had to pay Paul and Devin Booker left open shooters in the corners, and the Suns did not pass up the opportunity, hitting 18 threes as they pushed the lead.

The final score, a 128-105 drubbing, ended up being much uglier than the actual game. As Thibodeau put it, the Knicks played well for three quarters.

“We felt that we would have to play well for 48 minutes to win,” said Thibodeau. “And for three quarters, I thought we were pretty good.”

Now the Knicks travel to Los Angeles for the final leg of their road trip, a two-game swing against the Clippers and Lakers. The Clippers found out earlier this season the Knicks are worthy of their A-game; the Lakers are fighting to escape the play-in game. The Knicks are not out of the East’s play-in picture yet either. Their magic number to clinch a top-six seed is three with four games left.

Alongside games with the Lakers and Clippers are two more quality opponents to close out the season, the Charlotte Hornets and Boston Celtics, left on the schedule. Thibodeau’s team could make their playoff lives a lot easier by avoiding the do-or-die set of games. The more time Thibodeau and his staff have to the game plan, the more the pendulum swings in the team’s favor.

But it won’t be easy, and that’s the point. In order to take that next step as a team, the Knicks have to master the art of 48 minutes. They played a solid 35:00 on Friday night in Phoenix before slipping.

The back-to-back tough losses should not be viewed as discouraging. It is all part of the process of becoming a good team.

“Not worried about both was worried about the next one,” Thibodeau responded when asked if he was worried about tougher games on the immediate horizon. “So, you know, I like these games for our team. I think it shows us where we are and the things we have to work on. And that old saying about iron sharpens iron, and so hopefully we can improve, and it’ll help us down the road.”

The road Thibodeau’s Knicks are on has been lightly traveled in recent franchise history. The Knicks won their way out of the league’s basement.

Now they must do the same to join the league’s elite.