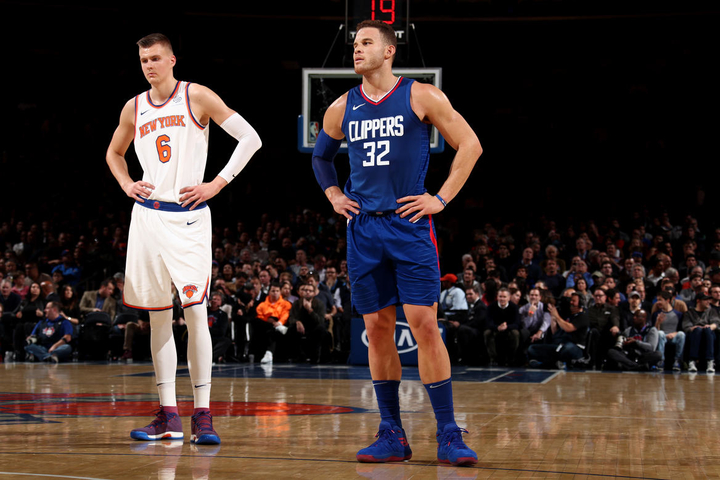 The Knicks won the eighth game at home on Monday night, dismantling the Los Angeles Clippers.

Knicks games can be characterized one of two ways. They either come out firing on all cylinders, or they begin with a rough start and make the kind of mistakes that will have you furiously clenching your jaw. Tonight, playing against the Clippers who no longer have a real floor general, the Knicks started off disjointed and struggled to establish a consistent rhythm after trading early buckets.

Both teams suffered from a bad case of the picks. In the first half, they each had 14 turnovers. While the Knicks were disrupting the lane and playing good defense leading to those turnovers, they gave up the ball on silly possessions. In fact, three different times, Clippers players were able to simply snatch the ball away and take off in transition because the Knicks held on to the ball too long. The squad failed to move the ball around in the half-court and that cost them early.

Fortunately, Kristaps Porzingis was able to bail out his team and prevent the Clippers’ lead from getting out of reach because that’s what superstars do. Not only did KP help on defense, but he gave Blake Griffin major fits down in the paint. While Griffin did get a few easy buckets, including an early dunk, KP kept him mostly under control tonight. As the Knicks’ continued to throw down a barrage of buckets, the frustration got to Griffin. He ultimately fouled out and finished 6-for-17 as a -20.

Offensively, add Griffin to the list of guys that can’t guard the Unicorn. Despite being 7-for-20, KP was still proficient at getting the shots he wanted against Griffin. Although he didn’t hit his first three until two minutes before the half, KP was effective enough inside that he drew contact. Another area for optimism comes from the fact that we saw a few times how KP is starting to learn how to adapt to the double team. It’s a new strategy for him, and of course, he’s going to be seeing it for the remainder of his career. After seeing it recently in a voracious way by opposing defenses, I was glad to see he has the finesse to handle it and still get to the rack:

Porzingis with the pivot baseline to avoid the double team. pic.twitter.com/dwZwO11vEt

The Clippers are plummeting back into irrelevancy. The Knicks are riding their way into a tempered yet encouraging upswing along with a winning home record. Next up, the squad gets round two versus Toronto, only this time, it’s in their own backyard. 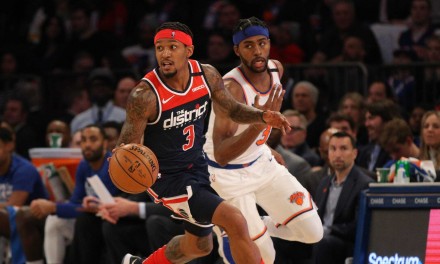 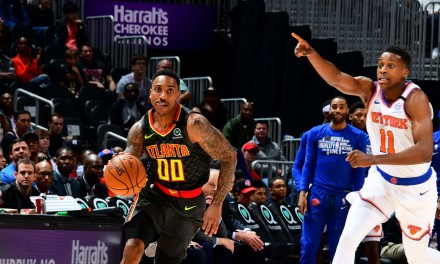 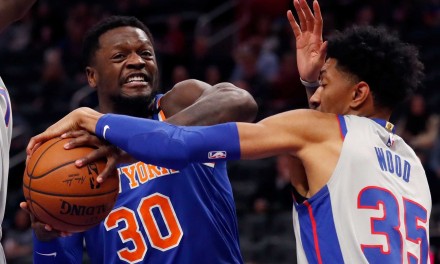 Knicks Officially on Fire, Take Down Pistons in Comeback Fashion 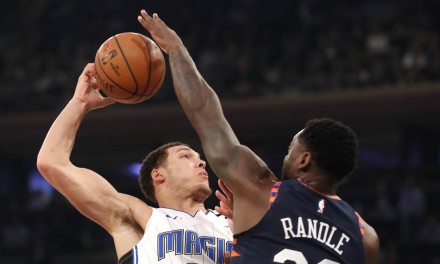