Elfrid Payton and the Career Makeover Opportunity With the Knicks 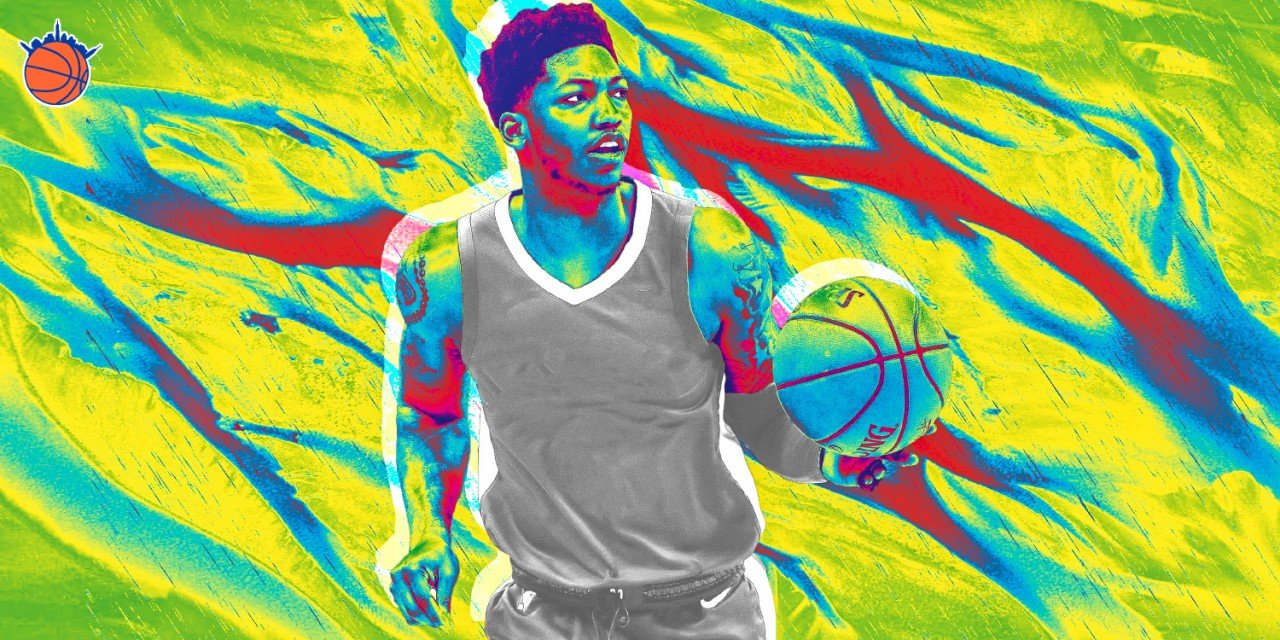 From being cast out of Orlando to signing a team-friendly two-year contract with the Knicks, Elfrid Payton is looking to flip his career narrative.

For Elfrid Payton, the 2019–20 season marks more than just a fresh start with a new team—it is ostensibly his last shot at becoming a high-caliber NBA point guard.

It looks like he senses the gravity of his situation, too; after gaining notoriety for perhaps the most ridiculous hairstyle in recent NBA history, which was theorized to have played a part in his poor shooting, Payton cut his unruly mop last May. This is a new chapter for him, physically and mentally.

In fact, it may be the final chapter for any remaining hopes that Payton will fully realize the potential the Orlando Magic saw in him by trading for him on draft night in 2014. (The Philadelphia 76ers initially drafted Payton, but traded his rights to the Magic in exchange for Dario Saric, a future first-round pick, and a future second-round pick.) Scott Perry’s project comes back to him like a boomerang in New York, as Perry served as assistant general manager with the Magic when Payton was acquired.

Payton grew up away from the basketball limelight. He is a forceful athlete on the court—big for his position at 6-foot-4, with a pace of play not unlike a downhill slalom skier. Off the court, though, he is very soft-spoken, although not without a hint of quiet confidence lurking behind his “small-town Louisiana” demeanor.

Going back and watching Payton’s pre-draft interview, when he calmly told reporters they could expect to draft a leader and the “best point guard in the draft” if they chose him, almost feels like dipping into alternate universe.

It’s been a long yet unassuming five years for Louisiana-Lafayette product. Payton’s first season was up-and-down, but he showed real promise. He was named Rookie of the Month in January of that year, was selected for the Rising Stars Challenge, and became the first rookie to record back-to-back triple-doubles since Antoine Walker circa 1997.

In subsequent years, Payton has made incremental improvements to his efficiency, while regressing slightly on defense.

His overall shooting percentage rose above 50% for two seasons from 2016–17, and he has gone from a putrid three-point shooter to merely a bad one with a career 30% average from beyond the arc. His most encouraging uptick has been at the free throw line; Payton entered the league shooting just 55% from the charity stripe rising to 74% last season.

Defense has probably been the most disappointing development in Payton’s career so far. His Defensive Win Shares (DWS), a metric that estimates the number of wins a player earns on defense, has dropped sharply from 2.3 his rookie season to 0.9 last year. For a guard with Payton’s size, physicality, and mobility, he has to have more of an impact on that end of the floor.

Still, it’s a little strange that Payton has been all-but-forgotten by most NBA fans and front offices. Is that a product of his game never experiencing the mythical “leap” unofficially attached to the future of a lottery pick? The refinements he’s made have been just that: minor refinements to his game in the absence of any major addition that would suggest stardom later down the line.

Which is why, if Payton wants to change the way he’s perceived in this league, he has to rise from the pecking order this season. Dennis Smith Jr. and Frank Ntilikina, New York’s other primary point guards, both have questions they have to answer; neither are a sure shot to start over Payton (although Smith Jr. figures to be the incumbent starter entering the season).

If Payton can turn a new leaf, and get people to notice anything positive other than a new haircut, he can carve out a long career in the league.

And despite many fans souring on the Payton signing already…

The more I think about it, the less I like the Elfrid Payton signing. My least favorite of the summer for the Knicks

…he might be in a better position to succeed than anyone realizes right now.

For a drive-first, initiate-contact player like Payton, he needs to hit his free throws at a healthy rate—and we’ve already seen how far he’s come in that regard. If he can continue to improve his shooting from deep, he could be a real spark plug for any team, either off the bench or setting the tone in the starting lineup.

On defense, if Payton can prove he can switch across both guard positions and contain the perimeter, he immediately opens up more roster flexibility for any team that employs him, whether it’s the Knicks or someone else.

He’ll also start his Knicks career with a former New Orleans Pelicans’ running mate in Julius Randle. Lineups with those two scored at an astronomical rate last season—outpacing the Golden State Warriors’ murderer’s row of Kevin Durant, Stephen Curry, Klay Thompson, Andre Iguodala, and Draymond Green—although they did hemorrhage points on the other end. Should Payton transfer that chemistry with Randle over to Madison Square Garden, it will be near unjustifiable to keep him on the bench behind a player as raw as Ntilikina.

It comes down to this season for Payton. If he can take his game up a notch, he will be a big part of the Knicks’ future (he’s still only 25 years old).

If he can’t, then his NBA legacy might start and end with nothing more than a strange-looking hairstyle.