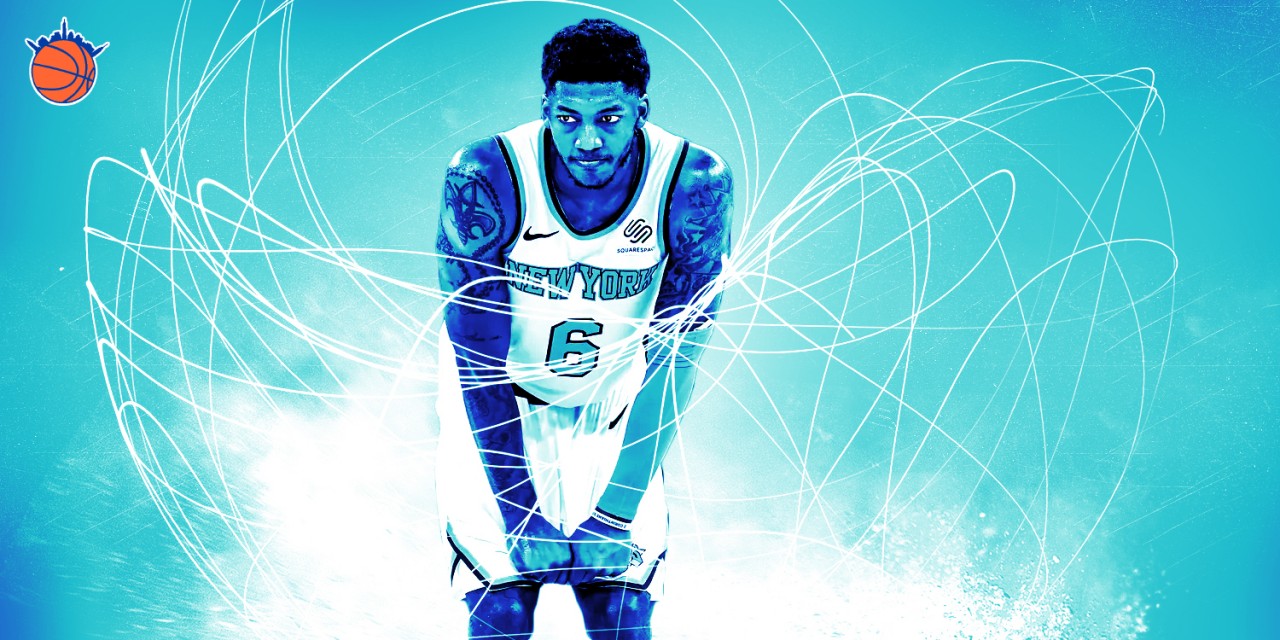 That Elfrid Payton has distinguished himself on the Knicks’ roster as the best floor general only underscores how desperate they are for competent point-guard play.

You ever see something good that makes you realize how bad a situation has been? Gordon Ramsay visits a restaurant owned by bodybuilders and you’re suddenly aware that you’ve been watching “Kitchen Nightmares” for three hours straight and haven’t gone to the gym in two years. That’s how Knicks fans feel while watching Elfrid Payton.

With Payton on the court, the Knicks have had an average looking offense, which looks amazing compared to how the Knicks’ offense typically operates. Has the point guard drought in New York been so bad that a player traded from the Magic in the middle of a rebuild looks like a decent starter once wearing the orange and blue?

It has been that bad. It is that bad. While he has a lower ceiling than Dennis Smith Jr. or Frank Ntilikina, Payton does provide some needed intelligent passing and an offensive baseline. He won’t rack up sequential three-point, one-assist games like the other two point guards routinely do. If born two or three decades earlier, he could have been an actual starter due to the fact that his biggest weaknesses (scoring and shooting) directly align with the changes in the NBA over the past 20 years. While those weaknesses are magnified to a larger degree due to the horrid spacing on this Knicks roster, his ability to create a half-way decent offense has been a revelation for the 2019–20 New York Knicks. But is he worth the playing time?

The stats make it very clear that Elfrid Payton brings a greater value than Frank Ntilikina or Dennis Smith Jr. With Elfrid Payton on the court, the Knicks are +10.5 points better per 100 possessions. There is an increase in every aspect of offensive play with Payton running the show: field goal percentage, points, rebounds and less turnovers, according to Cleaning the Glass. Dennis Smith Jr., on the other hand, is -11.7 per 100 possessions and causes worse production in all the same areas where Payton positively contributes.

While watching, Payton’s impact is obvious: he averages 5.9 assists per game (the lowest mark of his career) with only 1.6 turnovers per game, the sixth-best assist-to-turnover ratio this season. Smith and Ntilikina don’t even reach three assists per game. In theory, having a player who feeds the ball to players in advantageous situations will reduce Morris and Randle’s time dribbling into nothing. It’s no surprise that Randle had one of his most efficient games as a Knick when Payton was introduced into the starting lineup, receiving five of Payton’s ten assists.

Looking towards the future, Payton could make the most out of Michell Robinson and R.J. Barrett’s off-ball cutting. He, for some reason, is the only one who can capitalize on Robinson’s elite roll-man skills.

Robinson is averaging 1.68 points per possession out of pick-and-rolls, the second-most effective roll man in the entire league! Yet the sophomore only averages 2.1 of those possessions per game since the point guards he plays alongside cannot throw a simple lob pass.

Why Payton Standing Out is a Concern

While Payton has earned the starting spot for the Knicks, he is not a starting point guard. Despite playing starter minutes on a team that needed scoring, Payton only averaged 10 points per game last season on the New Orleans Pelicans and has never shot above league average. His career average shooting percentage is less than the Knicks’ True Shooting for the 2018–19 season, the same season where Kevin Knox contributed to almost 10% of the team’s field goal attempts while shooting 37% from the floor.

In the NBA, there needs to be a level of attack from the lead guard. Defenses don’t have to scheme or plan for Elfrid Payton. A shot attempt from the former Magic guard is a win for any defense. Look at how George Hill, a player who made his name in the league on the defensive end, guards Payton:

Hill doesn’t even try to guard the three-point shot, and he shouldn’t: the 6’3” guard has only shot above 30% from deep in two seasons and has never been at league average from deep, let alone average for a point guard.

That suspect shooting is the main reason he does not fit with the Knicks’ future. Barrett has shown more potential in his 30 games than any of the other guards on the Knicks’ roster. If New York plans to build around its highest draft pick since 1985, then surrounding him with shooters is a must. Sticking to the current game plan and starting two career 30% three-point shooters at the guard spots is…uhh…less than ideal.

Elfrid Payton outplaying the other Knicks point guards isn’t a positive thing. There is zero hope that Payton could be the guard that changes the future of New York basketball. It is more of a reflection on how bad Ntilikina and Smith have been this season. If possible, the Knicks need to sell high on Payton to get any type of asset to build their future.

»READ: R.J. Barrett needs to be the Knicks’ top priority on offense

NBA Draft: The Knicks Should Pass on Memphis’ James Wiseman