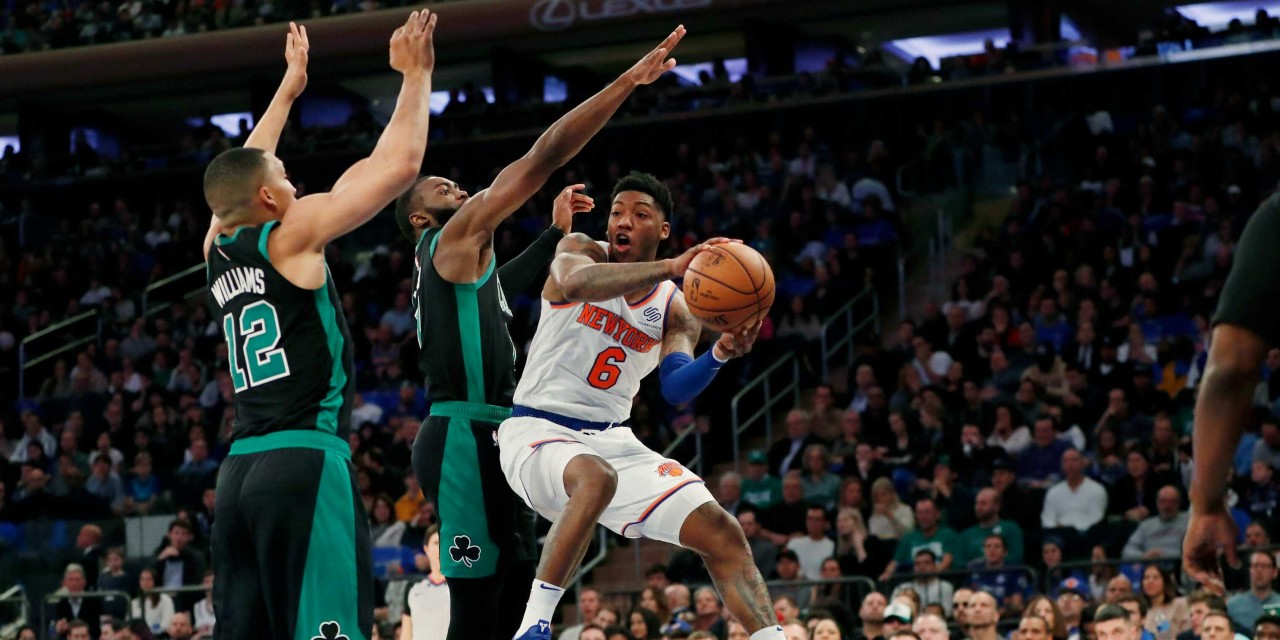 Point guard Elfrid Payton returns from his six-week absence battling a hamstring injury as the Knicks seemingly get healthier.

Morris missed the past two games, including another duel with his former team the Boston Celtics due to cervical (neck) spasms brought on by his infant child.

And here’s your game time decision:https://t.co/7hmZbdHSsL

Ntilikina, the 21-year-old, third-year guard from France, had been battling a sore upper back, which corresponded in missing the “massacre” by the Milwaukee Bucks on Monday. In his place, Dennis Smith Jr. started for the Knicks—his first start of the season after arriving in New York in February earlier this year and essentially earning the starting point-guard role for the remainder of the 2018–19 season.

Finally, and most notably, sixth-year veteran Payton returns in the lineup for the Knicks after missing all but four games this year with a serious hamstring strain. Payton, the 25-year-old former Scott Perry lottery pick with the Orlando Magic and ex-teammate of Julius Randle with the New Orleans Pelicans, did not get the starting nod from Fizdale opening night against the San Antonio Spurs but had looked the most comfortable floor general on the roster from day one—prompting the second-year coach to insert Payton in the starting lineup until his hamstring prevented a consistent first unit.

With Payton back, Fizdale plans on easing the Louisiana-Lafayette product on the hardwood, saying he’ll come off the bench but called Payton’s return a “welcome.”

“He really pushes the pace, he pushes the ball ahead, he gets guys open shots,” Fizdale remarked before the Nuggets game. “He’ll definitely be a welcome sight to our shooters.”

Fizdale also mentioned that the inclusion of Payton back on the team (along with Ntilikina) gives the Knicks the ability to mix-and-match guards, further enhancing their “playmaking” ability (the Knicks are averaging 97.2 points per game in their last five contests).

“Any two of them could play together tonight. I could see myself playing Dennis and Frank, Dennis and Elfrid, Frank and Elfrid.”

Part of New York’s pre-season issue derives from the divide between established vets like Morris and Payton competing for rotation spots against younger players (signed for the future, too) like Smith Jr., Ntilikina, and Knox. In the past month, with injuries belaboring Payton, and Bullock still out until further notice, Fizdale’s rotation was naturally shortened due to process of elimination.

Now the embattled Knicks coach has to decide between his vets and neophytes again, although in the meantime it appears that Payton will work his way back into the flow of the game, much like Smith had to do returning from a combination of a back injury and bereavement leave.