Embrace the Tank: How an Expected Poor Season Could Pay Dividends for the Knicks 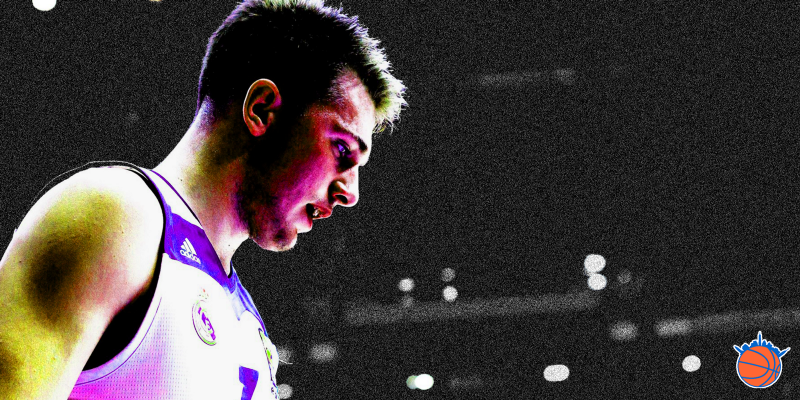 Expectations aren’t high for the Knicks, a long season is in the forecast. That could very well be a good thing.

The New York Knicks, expectedly, are going to stink this year. This is good news (kinda).

Carmelo Anthony’s departure puts the Knicks in an even more difficult position to compete, but an easier position for developing the future. This is exactly what the Knicks should be doing.

Take a look at the Philadelphia 76ers, they trusted the process, nailed a few draft picks (minus Okafor), and are taking the appropriate steps with their young players to be a consistently competitive team in the East for the next decade. The outlook of the Sixers didn’t come to fruition overnight, it developed over season and season of “tanking,” shedding big contracts, and signing players who genuinely wanted to be apart of the rebuilding/teaching process (e.g. J.J. Redick). What I’ve seen from the tanks this past summer (drafting Frankie Midnight, acquiring young assets for ‘Melo, publicly stating that they’re putting a large emphasis on the development of their young players and playing defense) are things that make me excited for the future.

So while the next three to four years will yield zero playoff berths, zero championships, or probably even any 35+ win seasons, we as fans have to keep our focus on the future.

Why is being a bad team again this year a good thing for the Knicks? Let’s discuss.

As we discussed in our roundtable season preview, most of us strongly believe Kristaps Porzingis is ready to take the reigns as the face of the franchise–at just 22 years old. Now, while that sounds like a crushing amount of pressure on our young unicorn, this couldn’t be a more opportune time for Porzingis to take the helm. Nobody in their right mind is expecting the Knicks to compete for a playoff spot this year. In the past couple years, I think that simply having Carmelo on the roster gave the media, fans, and surrounding audience this delusional idea that the Knicks might just talented enough to slip into the back end of the playoffs. Surprise, surprise, that was never the case. By removing ‘Melo, you also remove that false sense of security/optimism.

Say the Knicks win 30 games this season, I’d bet that the Knicks front office would consider that a massive success given the talent on this roster. So ultimately my point is, with lower expectations comes lower pressure on KP, the recently crowned leader of the Knicks. All Kristaps needs to focus on this season is himself, not getting this team into the playoffs. I’m sure it will be a little refreshing to KP himself to not worry about winning games or finishing with positive record, but solely to get buckets.

More emphasis on the development of younger players

Steve Mills and Scott Perry announced that in the new era for the Knicks, they were going to “build our team by developing young players, emphasizing athleticism, length, and defense.” You know what makes it easy to develop young players? When there are no playoff hopes or aspirations! I want to see Frankie Midnight average somewhere between 20–23 MPG, I want to see Damyean Dotson get 10–12 MPG, while Kanter, Dougie McBuckets, THJ, KP and Willy get substantial burn as well. This is our core for now.

Throwing these young guys into the fire, when they’re clearly outmatched, might sound a bit rushed. But if the Knicks truly believe the likes of Frank, THJ, KP, and Willy are the future core, than they need to play as much as possible together to develop chemistry. They’ll look bad, they’ll be overwhelmed, they’ll get embarrassed, but they’ll hopefully mesh and understand each other’s quirks and play styles. That’s all that really matters this season.

Playing, or even holding onto, the likes of Courtney Lee, Michael Beasley, Ramon Sessions, and Joakim Noah seems like a waste of time. It would be in the Knicks’ best interest to value the development of the young guys over maintaining the happiness of the vets. That sounds a little harsh and unrealistic, but I really hope the Knicks purge the roster of anyone over 29 years old at the deadline. The only value they provide to this team might be mentorship for the younger players.

The gold pot at the end of the rainbow: a top pick in the loaded 2018 draft class

Above all, the Knicks need to continue adding young talent to their roster.

Obviously, a benefit of being a terrible team is having a greater chance at receiving a high draft pick in the NBA Draft. The new draft rules won’t come into effect until 2019, so the Knicks will have to suck HARD if they want any shot at getting the top pick this year. Good news, though, Luka Doncic, Michael Porter Jr., and Marvin Bagley will be there for the picking. An argument can be made for all three to be the number one pick.

Let’s hope the Knicks underachieve majorly so they have a shot at one of these franchise altering players.

For the complete season preview, check out our 2018 Season Preview page. Follow The Knicks Wall on Facebook and Twitter for more coverage, and listen to the TKW Podcast on iTunes and SoundCloud.