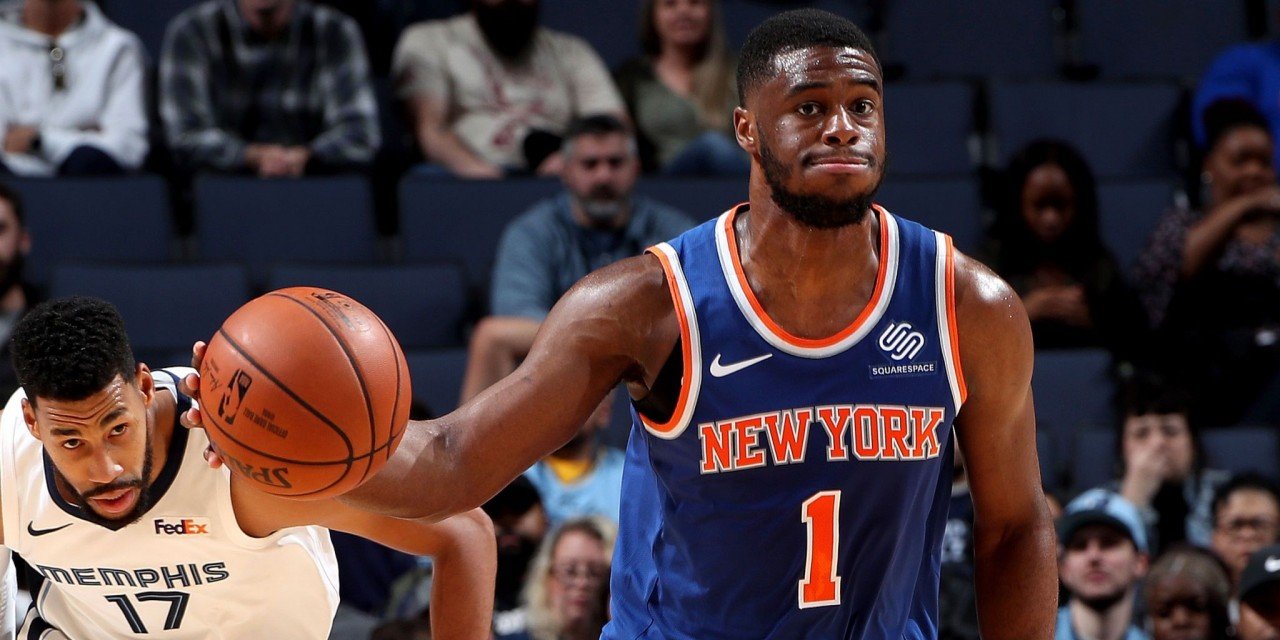 The Knicks are maximizing possible cap space to offer top talents, and in the process renouncing both of Emmanuel Mudiay and Luke Kornet’s contracts.

The Knicks acquired Mudiay at the NBA’s trade deadline in February 2018. Part of a three-team trade, which sent Doug McDermott to Dallas, the then third-year guard left the Denver Nuggets attempting to revive his career in the Big Apple.

Luke Kornet, on the other hand, has been a ‘Bocker the past two seasons following his declaration into the 2017 NBA Draft. After going undrafted, New York signed the Vanderbilt product to a two-way contract, then last offseason the two parties came to an agreement on a one-year deal.

Neither move for Kornet and Mudiay are particularly surprising. The Knicks are attempting to maximize available salary cap space, and renouncing the guard and power forward/center are in conjunction to offer max contracts to top free-agent targets Kevin Durant, Kyrie Irving, and Kawhi Leonard.

Additionally, on Wednesday night, The New York Times‘ Marc Stein reported the Knicks could pursue Golden State Warriors center DeMarcus Cousins for a one-year deal should they fail to attract fellow Warriors teammate Durant to Manhattan. Durant, alongside Irving, have been heavily suited by crosstown rivals Brooklyn Nets in the lead-up to free agency, which commences at 6 p.m. ET on Sunday, June 30th.

Despite the Knicks failing to extend qualifying offers to Luke Kornet and Emmanuel Mudiay, that doesn’t mean either player will be with another franchise next season. It’s possible either/or returns to the Knicks after potentially reaching a new deal with the organization. However, in the meantime, New York’s focus is offering the expensive contracts to premier talents before worrying about signing either player to likely veteran-minimum deals.

New York may need a backup center in Kornet, who performed fairly well for a 17-win team in David Fizdale’s zone defense alongside second-team All-Rookie recipient Mitchell Robinson. Mudiay, meanwhile could be a last resort effort by the Knicks should they strike out in the point guard department considering the fourth-year guard averaged a career-best in scoring with New York.

Mudiay averaged 13.2 points, 3.1 rebounds, and 3.9 assists per game in 81 total contests for the Knicks, shooting 42.9% from the field, 30.5% from three, and 75.5% from the free-throw line. Losing his starting point guard spot to Dennis Smith Jr., acquired from the Mavericks in late-January of this year, Mudiay failed to impress throughout his only full season with New York. Instead, the Congolese guard hurt his team with poor shooting and objectively bad decision-making from a floor general (Basketball-Reference).

»READ: Is Luke Kornet worth keeping next season for the Knicks?