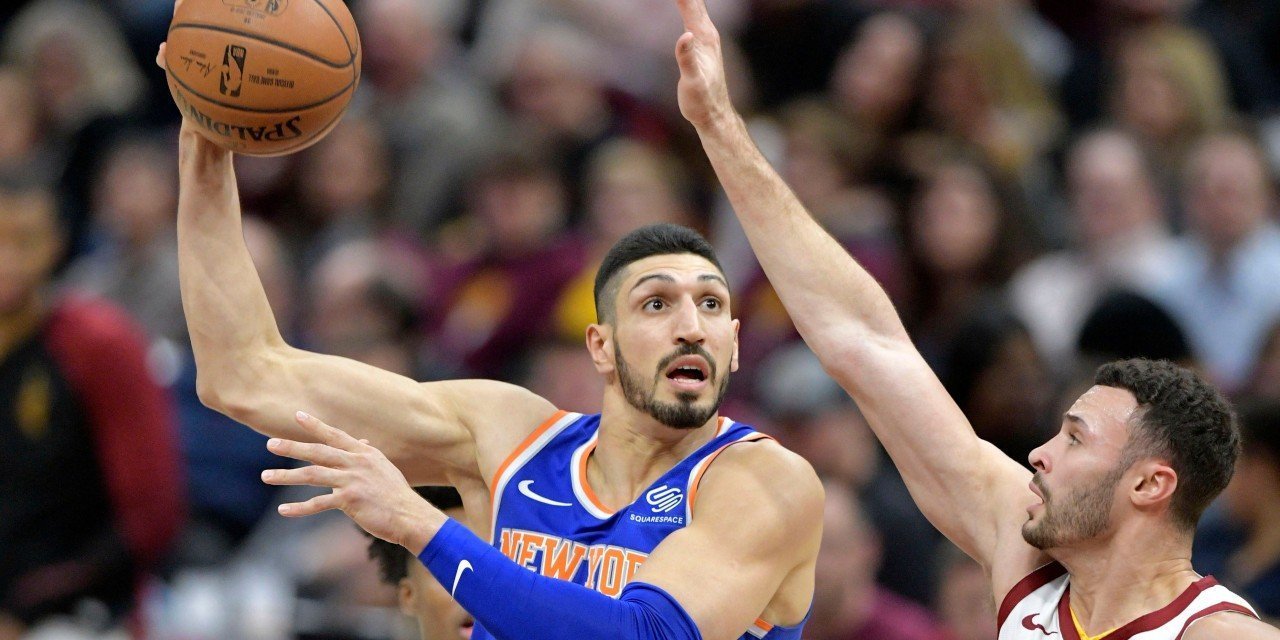 The Turkish center Enes Kanter had been left out of Coach Fizdale’s rotation after getting a significant downgrade in playing time and in turn vocalizing his dissension in the move.

Enes Kanter and the New York Knicks have agreed to terms for a buyout of the center from Turkey’s contract, per ESPN’s Adrian Wojnarowski.

Kanter, 26, has been benched by head coach David Fizdale, who opted to first play Luke Kornet and Mitchell Robinson at center until Kornet went down with an injury. Since then, however, Kanter has remained on the bench in favor of Noah Vonleh and Robinson rounding out the center minutes. After Kornet’s return and the Knicks’ acquisition of DeAndre Jordan, the writing was on the wall for Kanter’s eventual exit from the team.

The 6-foot-11 center made his antipathy to the move heard. Kanter repeatedly told gathered media scrums he didn’t agree with the decision. “If you’re going to play me here, play me. If not, just get me out of here,” Kanter told the press.

Fizdale found himself under the spotlight for seemingly poorly communicating the team and coaching staff’s handling of Kanter. The Knicks coach tried to explain the sudden disappearance of Kanter. “I want to be able to play a very versatile style in the future and I don’t want to wait to start working at that and start building that out,” he told the press.

Kanter arrived in New York alongside Doug McDermott and a future second-round pick (would yield Mitchell Robinson) from Oklahoma City in the Carmelo Anthony trade in September 2017. Since then, he’s been the presumptive starting center, appearing in 115 games for the Knicks and averaging 14.0 points, 10.8 rebounds, and 1.6 assists per game on 57 percent shooting from the field. Kanter appeared in 44 games for the ‘Bockers in 2018–19 and started in 23 contests, losing playing time due to Fizdale aforementioned desire to adjust styles moving forward.

Kanter opted into his player option last summer, the final year of his contract.

Kanter’s departure from the Knicks also means the end of the turmoil surrounding his political feud with Turkish president Recep Tayyip Erdoğan. Kanter has been a long-time vocal opponent of President Erdoğan and his administration’s policies.

The former Thunder center had his passport canceled while traveling in a European airport over the summer before his trade to the Knicks. Erdoğan has stated Kanter is a threat to Turkey and labeled the NBA player a terrorist due to his connection to Turkish dissident and Muslim teacher Fethullah Gülen, who lives in exile in the United States. In retaliation, Erdoğan jailed Kanter’s father, Mehmet, and called for extradition of Enes back to Turkey to stand trial for treason.

Recently, Kanter had a public exchange of words with former NBA player Hedo Turkoglu, who serves as an official in Erdoğan’s administration, with the ex-baller calling Kanter an enemy of Turkey. Kanter responded that Turkoglu was part of Erdoğan’s authoritarian regime.

Kanter has been out of the rotation, mostly hearing scattered cheers and chants by Knicks fans at the Garden to play the Turkish center. However, the Knicks will keep Jordan and move on from Enes, who will have suitors like Boston in the free-agent market, per ESPN’s Ian Begley.

This post may be updated to reflect breaking news.