Evaluating Reggie Bullock in the Short-Term and Long-Term 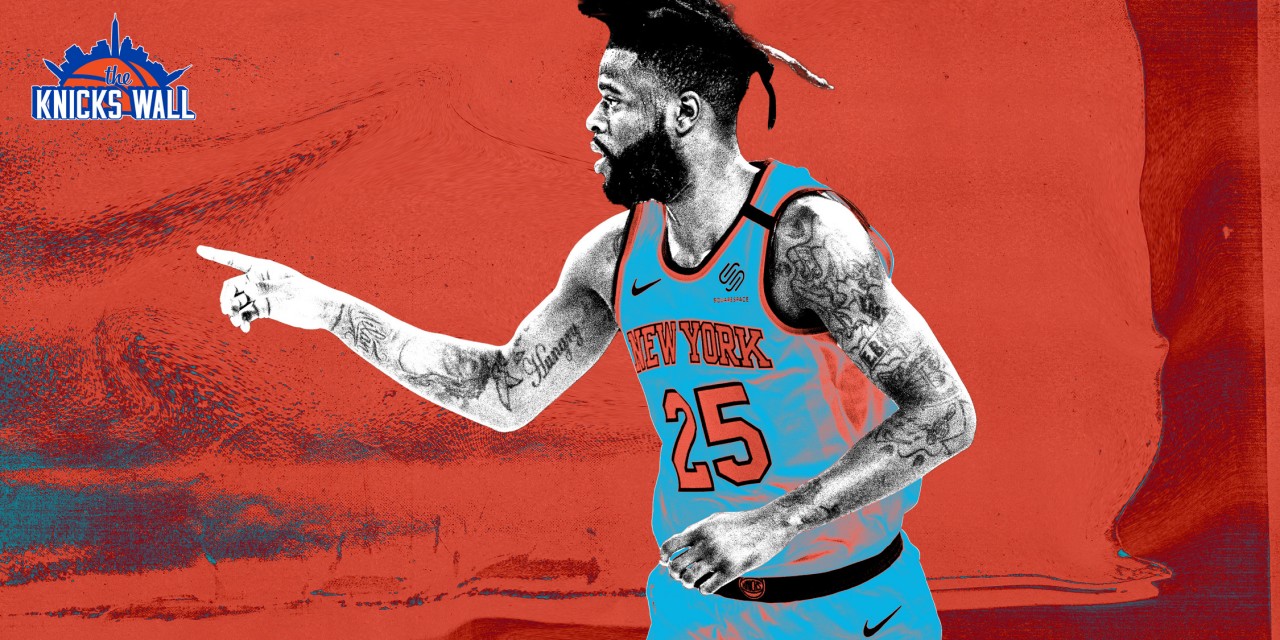 Reggie Bullock has evolved into an effective shooter and defender in New York’s starting lineup. What does that mean Bullock’s future with the Knicks?

During the 2019 offseason, the New York Knicks inked Reggie Bullock to a two-year deal worth $8.2 million. For then-president Steve Mills and general manager Scott Perry, the move was an attempt to rebound from losing out on Kevin Durant and Kyrie Irving and fill out the roster with tradable contracts.

On the surface, there was no reason to hate this signing. The Knicks needed help on the perimeter, and Bullock made perfect sense as someone who can hold the starting guard spot down and offer a bit of spacing. Over the last four seasons, Bullock shot at least 37% from the field, including two seasons shooting above 40% from the outside. However, he was a player that was expected to remain with the Knicks for a half-season before he was inevitably traded to a team that needed shooters.

Unfortunately, the Knicks were a train wreck under David Fizdale, and Bullock couldn’t avoid it. A normal elite outside shooter shot just 33.3% from beyond the arc on 3.8 attempts per game. Bullock remained on the roster going into the 2020–21 season, only this time, there were no expectations. His name was barely mentioned as a key player; his status as an expiring contract meant he was still a likely trade candidate, and it wouldn’t have been surprising to anyone if he fell out of the rotation.

This didn’t matter to new Knicks head coach Tom Thibodeau. Even as Bullock averaged 8.3 points while shooting 38.5% from the field, 34.8% from three on 4.6 attempts per game through his first 15 games, Thibodeau still stuck with Bullock, leaning on the need for a veteran in the starting lineup.

Since then, the turnaround for Bullock has been incredible. In the 41 games following those first 15, Bullock is averaging 11.3 points, shooting 46.4% from the field and 42.9% from three on 6.4 attempts per game. Furthermore, Bullock’s play has had a direct correlation with the Knicks’ success. As Mike Breen discussed on the MSG broadcast on Monday, the Knicks are 23-7 this season when Bullock has scored double digits. They’re also 11-5 over these last 16 games.

While Bullock’s recent offense is definitely something to rave about, his defense is something that goes overlooked. In addition to Bullock’s 41.2% three-point shooting percentage and 60.4% True Shooting percentage, his Defensive Box Plus-Minus (DBPM) is at 0.7 this season (before Wednesday’s game), a substantial number, tying the second-best of his career.

Reggie Bullock turns defense to offense to get us started tonight! pic.twitter.com/AK4ugNRtH8

Bullock is a high-I.Q. player and a leader as well. As we’ve seen in the press conference’s he’s certainly one of the players keeping the team chemistry high, and that’s extremely valuable, especially for a team of young players like this.

So What’s Next for Reggie Bullock?

Bullock needs to be shooting nearly 10 three-pointers per game for this Knicks team in the short term. He’s been doing that over his last 15 games, so the light needs to stay green for him. Bullock’s presence on the floor when he is playing like this improves the offense immeasurably.

This play above against the Hawks explains so much of Bullock’s value on offense. The Knicks have their top-two scoring options in Julius Randle and R.J. Barrett in the starting lineup with Bullock. Both players love to get to the rim, and Bullock standing on the three-point line as a 40% shooting threat opens that up for them. If the opponent decides to double Randle, Randle can easily dish out to a wide-open Bullock for three. If the Hawks decided to stay on Bullock and not double, Randle probably gets to the rim and easily scores.

Randle and Barrett’s impact with more shooters has done wonders for them, as both have tremendously improved from last season to this season. What could this mean for Bullock in the long term, as he becomes an unrestricted free agent this offseason?

Could Reggie Bullock cash in this summer?

For so long, the Knicks have needed reliable three-point shooters and 3-and-D players. With Gary Trent Jr. and Duncan Robinson become restricted free agents this offseason, both guys have been thrown around as perfect players for the Knicks to sign.

That being said, Bullock could provide a much cheaper alternative. With Joe Harris getting paid $72 million over four years this past offseason by Brooklyn, it could be assumed that Trent Jr. and Robinson will get somewhere around the four-year, $72 million pact Harris received, if not more.

To avoid that overpay, the Knicks could re-sign Bullock to a three-year deal within the range of $39-45 million, thus locking him in for the foreseeable future. If that number were to creep up towards $50 million, the Knicks should still consider re-signing Bullock. While it seems like an overpay, keep in mind that NBA contracts have ballooned over the past few seasons, and compared to other shooters, this would be a discount.

That money saved could then be used to sign Lonzo Ball, DeMar DeRozan, or whoever the Knicks decide to go after in free agency.

With multiple years of these players together, there’s no predicting how much better this team can get in the future. This is something that the Knicks haven’t been used to since the Carmelo Anthony days, as it seems like the roster has been completely different each of the last seven seasons.

It’s clear at this point that Reggie Bullock is not only going to be one of the most important Knicks pieces for the rest of the season but also possibly for the next few years. Re-signing him this offseason should be a priority.