Evan Fournier’s First Season and Future as a Knick 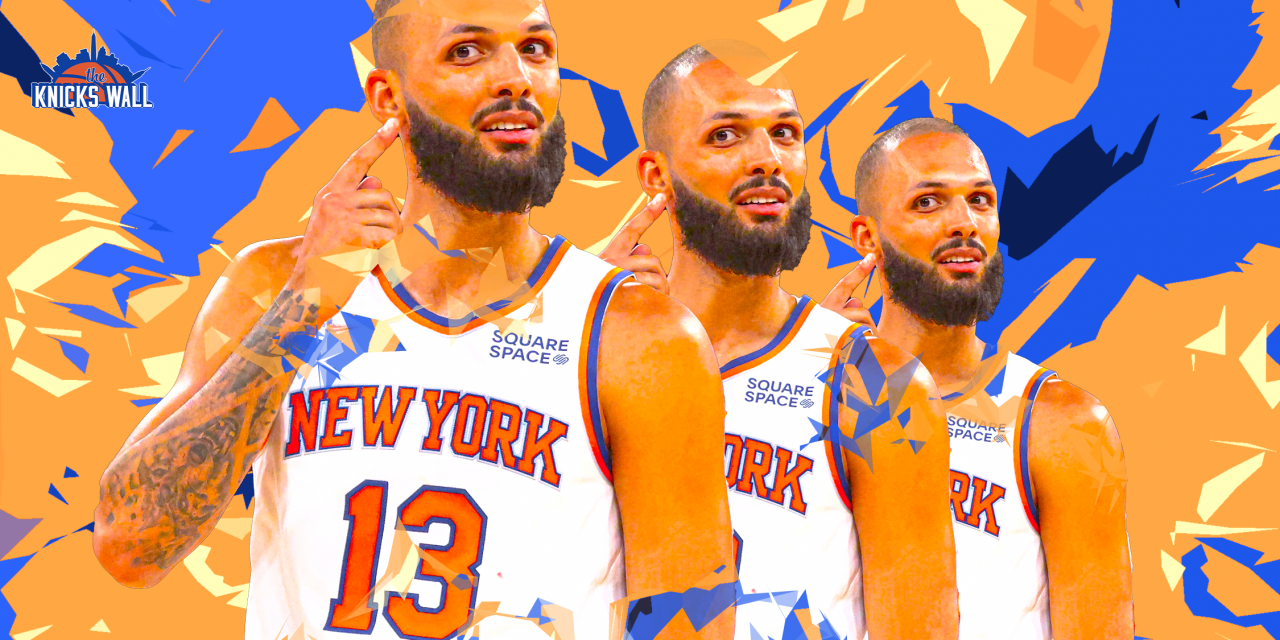 Evan Fournier’s maiden season with the Knicks was suboptimal, some his fault, some falling on others. But it looks like the sharpshooting French veteran is here to stay.

Throughout this tumultuous New York Knicks season, there has been plenty of blame to go around. Tom Thibodeau and Julius Randle have been the subjects of the most ire recently, but there have been many culprits in the Knicks’ disappointing season, in which they finished 37-45.

Shooting guard Evan Fournier’s play has been a point of contention for a decent chunk of the 2021–22 ‘Bockers season. Fournier inked a four-year, $78 million deal this past offseason, which caused a massive uproar among many Knicks fans, who felt that this was a gross overpay for a guy not expected to move the needle much here in the Big Apple. The 29-year-old Frenchman’s reputation has always been that he is a talented offensive player but is incredibly inconsistent and doesn’t provide anything in the defensive department. In his first season as a Knick, Fournier was pretty much the player his reputation suggested: mostly frustrating and occasionally brilliant.

The first-year Knick had some incredible games, mostly against his former team, the Boston Celtics, where he had a pair of 32-point outings and then a 41-point barrage back in January, per ESPN Stats. But a handful of offensive outbursts aside, he has largely been what he’s been his entire career, posting 14.1 points per game on 41.7% shooting from the field. Not awful, but considering Fournier does not provide much else besides some shooting ability, as his defense is virtually nonexistent and he only averaged 2.6 rebounds and 2.1 assists this year, a reasonable person could ask, “$78 million for that?”.

Heading into this season, the Knicks absolutely needed to upgrade their roster and add more shooters and firepower. A huge issue that prevented the Knicks from being a great team last season was their inability to match up with teams like the Atlanta Hawks in terms of offensive juice. Defense, for sure, wasn’t a problem, but their offensive woes were on full display once the playoffs rolled around. An often stagnant and iso-heavy Knicks attack resulted in New York only averaging 97.0 points throughout their five-game series, per Land of Basketball.

Leon Rose and co. subsequently threw a bag at Evan Fournier last summer, hoping he would be an integral part of the Knicks’ ascension to Eastern Conference contender. Fournier did break John Starks’ single-season Knicks’ three-point record and finished out this year at a decent shooting clip of 38.9% from behind the arc, but he isn’t the type of winning player who can lift up a team. Criticism of Fournier has been heard here and there, but it seems like his bad contract and shaky play have flown under the radar of late, thanks in large part to the Randle saga and Thibodeau digging his own grave with each successive game. Even if he hasn’t been one of the team’s largest problems, however, to say Fournier was a positive aspect of the Knicks season wouldn’t be correct.

With the absurd amount of money, relative to performance, tied to Fournier, it will be hard for the guard to shake the perception that he has earned in his first season in New York. It’s not like all of a sudden, at 29 years old and 11 years into his career, he is going to become some efficient and reliable scorer who can impact both ends of the floor. He largely is who he is at this point; we can’t expect him to suddenly flip a switch and be something he isn’t.

Despite this, whether you like him or not, Fournier is a 38.2% career three-point shooter and has averaged at least 14 points in each season since the 2015–16 campaign, per NBA Stats. With his contract likely too lucrative to move off, it seems like he will be part of the Knicks for at least another season.

It is pretty evident that he isn’t a first, second, or third option on a championship team. However, there is still value in his three-point prowess and ability to erupt here and there and carry a large offensive load. We’ve seen Fournier play some exciting basketball, and he could be a very interesting weapon off the bench in doses. The ship of him being a starter has in all likelihood sailed, but with the league becoming more and more three-point oriented with each passing season, Fournier could help in a more limited role, even though the financial burden he carries isn’t ideal.

In fairness to Fournier, it hasn’t been easy for anyone to find success in this toxic 2022 Knicks situation. He largely has been what we would expect him to be, but he should not be receiving close to 30 minutes per game, as we’ve seen so often this year. Ideally, next year, whoever is coaching the team can give Obi Toppin closer to 30 minutes of run and Fournier closer to Obi’s season average of 16.8 minutes per game.

If that happens, Evan Fournier could be an effective offensive spark plug in limited doses, and younger guys like Toppin and even Immanuel Quickley, who played excellent ball to close out the season, could benefit next year if Fournier’s minutes are cut. Although it would be difficult to swallow playing your $78 million man that little amount of time, you need to do what’s best to help the team win, and this remedy would go a long way in helping the remainder of the Fournier tenure be viewed more positively.