Evan Fournier Is the Key to Unlocking the Knicks 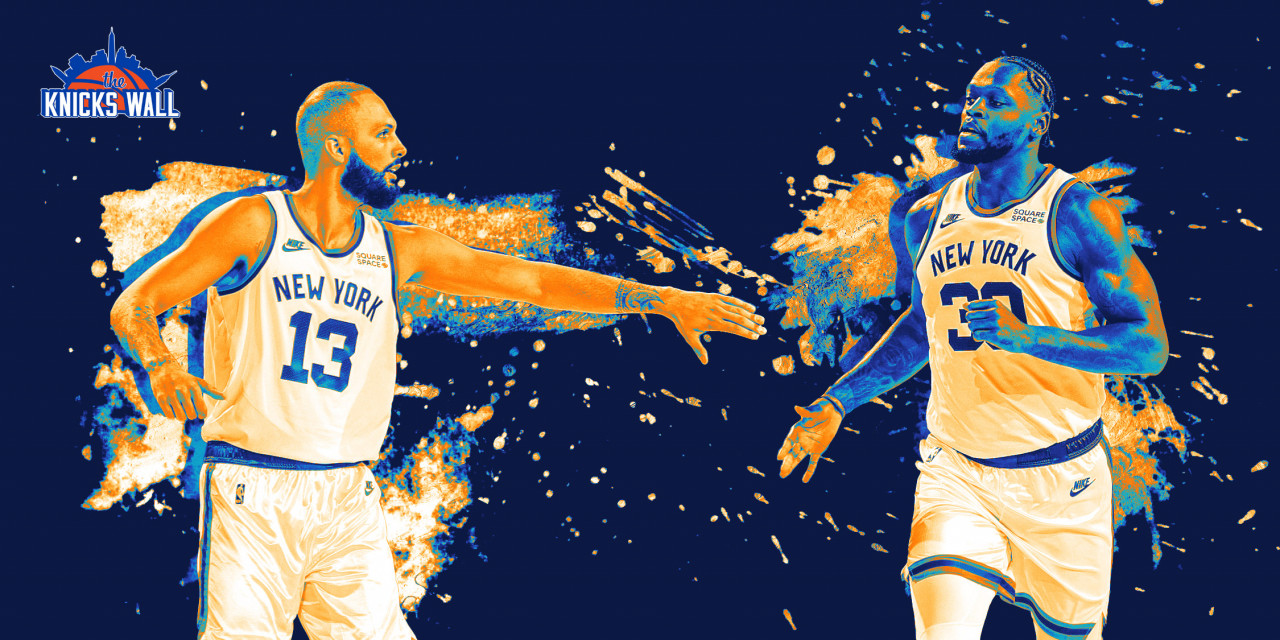 Evan Fournier, the Knicks’ most expensive free-agent splash from last summer, has shown that he’s worth every penny through the early games of the season.

The New York Knicks signing Evan Fournier to a four-year, $78 million contract over the offseason was met with mixed reaction. But the versatile Frenchman has quickly endeared himself to the Knicks faithful.

Fournier had long been linked to the New York Knicks, most notably as a potential acquisition prior to the 2021 trade deadline. A deal never eventuated in late March, but it has become increasingly clear why New York’s headmen held such interest in the 29-year-old wing.

The man nicknamed “Don’t Google” (seriously, DO NOT Google) had garnered a reputation among the New York fanbase as one of many “Knick Killers,” a collection of seemingly unimpressive if not random players who seemed to light it up against the orange and blue and it is a relief he is finally doing it for the home team.

A nine-year pro, Fournier had played in relative obscurity for seven seasons with the treadmill-running Orlando Magic, however, despite their lack of a national presence, it doesn’t take away from the sustained body of work he assembled. The former 20th overall pick in 2012 hit the hardwood 435 times (399 starts) for Orlando averaging 16.2 points per game in his time as a Magician, peaking at 18.5 per night in the 2019–20 season, while connecting on 37.6% of his three-point attempts.

Aside from his scoring and three-point prowess, Fournier has displayed decent playmaking capabilities, totaling more than 3.0 assists per game four out of seven years in Orlando.

Fournier comes from the system of Steve Clifford, an old Tom Thibodeau crony. The Frenchman was the starting 2 guard on a team with a top-10 defense for two seasons, which shouldn’t be overlooked as many perceive Fournier to be a liability of this side of the ball.

When taking all of this into account, Fourier presents as a well-rounded player who can do a bit of this and a bit of that. His skill set is the key is to unlocking the Knicks’ full potential.

The Knicks were top-heavy last season on the offensive end, led by Julius Randle, RJ Barrett, and Derrick Rose for long stretches. It ultimately proved unsustainable in the postseason, but the addition of Fournier greatly expands the horizons for the “Big 15” in terms of putting the ball in the basket.

Despite there only being four games in the books, Fournier has already proven he can win a game off his own hand in the form of a career-high-tying 32 points and career second-best six three-pointers on opening night against the old foe.

Evan Fournier scored most points by a Knick in a debut in FRANCHISE HISTORY with 32 points, and even kicked in 4 steals with his engaging defense. @reidgoldsmith with the tape on @EvanFourmizz big night 🔥https://t.co/ZJktc3ZMTx pic.twitter.com/HknmAiacO0

It was loudly voiced by many figures in the basketball community that the Knicks would miss Reggie Bullock, who sought long-term security in Dallas. But those voices have gone mighty quiet in the opening week. Fournier quickly dispelled the narrative and has many legs up on his predecessor. They are by no means a like-for-like replacement—more like a significant upgrade. Fournier can dribble the basketball without the odds of a turnover dramatically increasing with every added bounce, he is a more dynamic scorer who will not no show in 34 minutes of playoff basketball.

As aforementioned, the bucket-getting capabilities of Fournier are nothing new, and the ways in which and how he adds to his tally nightly are vast.

New York overhauled its offensive philosophy and is now the quintessential modern team, something exemplified by the Knicks’ no. 13. In the small sample size, Fournier has attempted 58 shots this season and only four attempts have not been from three-point range or in the painted area with many long-range attempts being more than stand-still shooting.

While Fournier isn’t one to break down his opponents with a series of dribble moves and launch threes in a Harden-like fashion, he is able to take a dribble to hide behind a screen or relocate on fly-by, connecting on 66.7% of such said shot attempts in the early makeup of this season and 45.5% last season with the Magic and Celtics.

This is all without mentioning his ability to be a stand-still, knockdown shooter; 40% or better four out of the last five seasons. The Knicks are exploiting this with an inverted 4-2 screen action, meaning Fournier is the screener on Randle, coming cleanly off for pick and pop threes.

In addition to New York becoming the new incarnation of the famous bomb squad, the Knicks are currently playing at a pace seven possessions greater than last year, and Fournier is no stranger to taking fast-break and early-clock threes.

His ability to take aim from anywhere, anytime adds a new dynamic to the Knicks who were very much stuck in the half-court mud last season. Fournier has been good for two early in the shot clock three-point attempts each of the last two seasons and it would be likely to rise if the ‘Bockers continued the frenetic pace.

With a more expanded offensive arsenal as a team, Thibodeau can become less reliant on Julius Randle to be the chief playmaker and distributor. As the team is still coming together and finding continuity, new wrinkles have been added over the course of four games and will continue to be, one of which is putting the ball in Fournier’s hands in the pick-and-roll.

In a similar vein to how he has been utilized on the French national team where he is the main man with a high usage rate, Fournier displayed this ability against the Philadelphia 76ers, savvily getting the defender on his hip and manipulating for two floaters and a dump off assist in this action in the second half.

New York’s offseason pickup is by no means a primary playmaker, but he is well suited to distributing off secondary action and on occasion as the primary as evidenced against Philadelphia.

In the grand scheme of things, it theoretically allows the Knicks to become less predictable; Randle needn’t pound the Wilson flat each time down while the remaining responsibility isn’t all heaped on the shoulders of Kemba Walker. RJ Barrett has been a decent playmaker through two seasons and even Mitchell Robinson, albeit mostly on offensive boards, has kept his head up and hit shooters and cutters.

Fournier’s overall impact may be seen to negatively impact others and may seem this way when looking at raw counting stats. RJ Barrett may plateau in terms of points per game but if it was on improved efficiency, it’s a step forward.

The same can be said for Kemba, who will pick and choose his moments much like his second-quarter spurt, which propelled the Knicks to victory over the Sixers. He doesn’t need to be the All-Star he was in Charlotte, but any time this person shows up, it’s a bonus.

Although it’s very early in the season, Evan Fournier has shown he adds much-needed versatility and no-conscience shooting, which the orange and blue are after. The shooting numbers may regress slightly, but a five-year body of work indicates he will still be well above league average. Interspersed with some playmaking, he adds another point of attack in what is looking like a potent offense.