Evan Fournier Has Been Nothing Short of Disappointing So Far 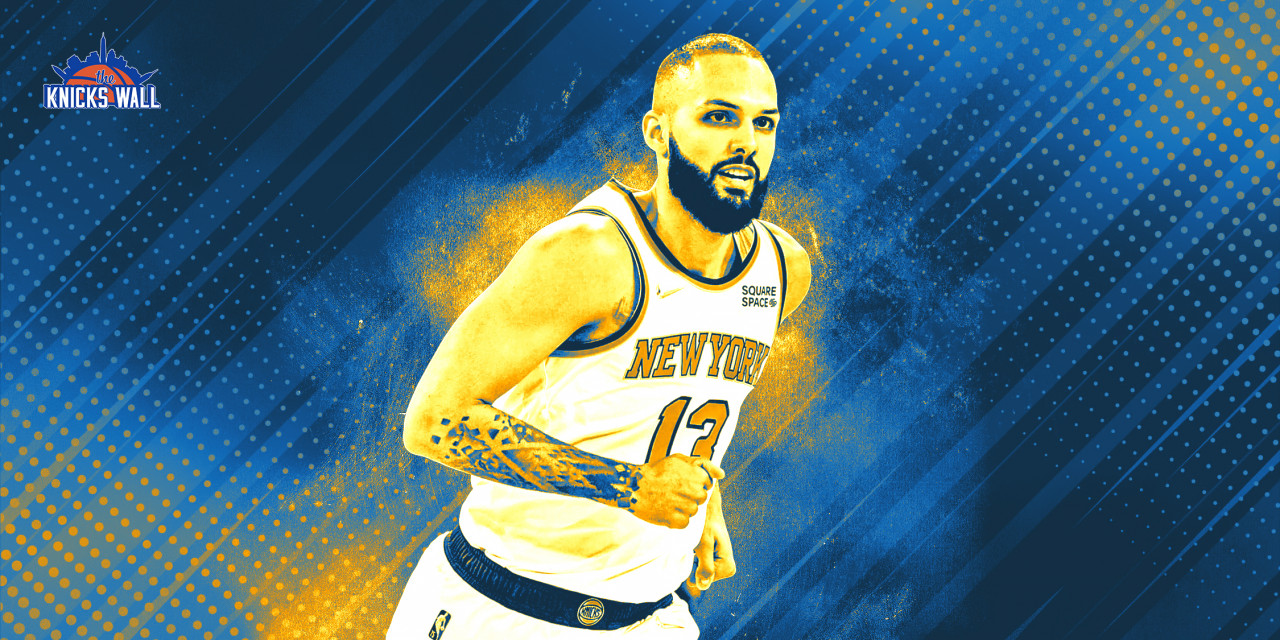 Evan Fournier has not been the offensive spark plug that the Knicks were hoping to get when they signed him. He needs to start playing way better to justify the hefty contract he signed.

Perceived as an upgrade to Reggie Bullock, Evan Fournier was brought to the New York Knicks to help lighten the load for Julius Randle on the offensive side of the ball. Early returns have been anything but an upgrade. Fournier has struggled to provide on offense since the opening night thriller versus his former team, the Boston Celtics. Fournier helped the Knicks win in a double-overtime classic, dropping 32 points on 50% shooting that included six three-pointers, the most ever for a Knick player in his debut.

Since that night, Evan’s numbers have lagged severely. But his woes go back to even the preseason. While the Knicks did manage to go undefeated (4-0) in the exhibition games, Fournier left much to be desired. In those contests, he shot 35.5% from the floor and fared even worse from long range, shooting 30% from the three-point line.

He has followed this trend into the regular season. Fournier’s inconsistent play is the most baffling part of this. As the game goes on, he becomes less and less effective. He’s starting games strong, then he’s just continuing or finishing rather weakly. According to NBA.com, Fournier’s most productive scoring comes in the first quarter, where he averages 4.9 points on 45.2% shooting. His scoring trends downward with every period.

The third quarter has been a disaster for the Knicks; their defense suffers and they’re only scoring only 23.4 points, shooting 41.5%. This disappearance in scoring is counterintuitive to the Knicks, especially since the team sacrificed their defensive prowess from last season for balanced scoring this year. Coincidentally, the third period is also Fournier’s worst-performing quarter. He’s shooting his lowest percentage from the field in that particular quarter: a ghastly 28%. His Defensive Rating also suffers in the second half compared to the first, jumping from 108.9 to 118.9.

The defense wouldn’t be so glaring if Fournier was contributing offensively throughout games, but lately, Tom Thibodeau has been leaning on his reserves. Namely, Alec Burks and Immanuel Quickley, who are both making a strong case for themselves to enter the starting lineup as Fournier continues his anemic outputs. In the Knicks’ last four games, New York’s second-highest-paid player has played a grand total of zero minutes in the fourth quarter. There is no other way to put it other than that he has lost the coach’s trust.

The Knicks are finding ways to win games sans Fournier, but it’s usually been on the back of the bench players coming to clean up the mess the starters left behind. There are no two ways about it, Fournier flat out has to play better. Thibs is using him less and less in late-game situations, having him sit during crucial minutes. Thibodeau is known to ride with his main guys, but if Fournier continues to be underwhelming, the coaching might have to start considering giving the young players some run and/or making changes to the lineup.

Fournier’s numbers are way down. He is averaging 12.2 points a game on 40.6% shooting and 35.1% from three. Last season, between Boston and Orlando, he averaged 17.1 points while shooting 45.7% percent from the field and 41.3% from deep. The 29-year-old wing has a clear ability to score—it’s the main reason he was brought in—but his slow start is starting to rear its ugly head.

Fournier may be taking some extra time to gel with his new teammates, but he needs to figure it out quickly, as the schedule becomes very grueling by the end of November. The Knicks are facing a gauntlet consisting of the Lakers, Suns, Hawks, and Nets. Fournier will be matched up with some of the best wing scorers in the league in that stretch. He’ll need to figure things out offensively if the Knicks are going to be competitive because he leaves much to be desired on defense.

Fournier was brought here to open the Knicks offense to new possibilities. Many times last season, Randle was doing all of the heavy lifting on offense, and many nights he had nowhere to turn to when he was struggling. Fournier was supposed to be that outlet, and he has not held up his end of the deal. Another reason Fouriner’s struggles are concerning is that RJ Barrett is still continuing to develop his game. Barrett has shown a propensity to be very streaky, when he’s hot he’s hot but he can go cold for prolonged periods of time. Fournier, the veteran, has to pick up the slack when Barrett can’t get it going and, more often than not, he has not been able to pick up Barrett’s slack.

The Knicks got off to a quick start starting the season 5-1, but since then they’ve gone 3-6. That doesn’t fall completely on Fournier (the starting lineup has deeper issues), but his lack of production on offense hurts because the overall defense is underperforming. Last season, the Knicks were fourth in Defensive Rating—this year they’re ranked 19th. Last year’s squad didn’t have the firepower in the starting lineup this year, but they more than made up for it on the defensive side of the ball. The same cannot be said about the offense this year. The Knicks have been playing lackluster perimeter defense recently and are allowing opponents to shoot 35.5% from beyond the arc.

The Knicks have issues, but this is not what they or the fanbase envisioned from Fournier when they inked him to a deal that raised eyebrows last summer. There were many skeptics of his signing, especially since the Knicks weren’t bidding with any other team for his services. When you look at the other viable options during free agency it makes the signing look even more questionable because Fournier is being outperformed by almost all of them.